After nearly a decade of lobbying, home-based bakers in New Jersey will soon be able to sell shelf-stable products from their kitchens. The rule brings the state in line with similar laws across the country. 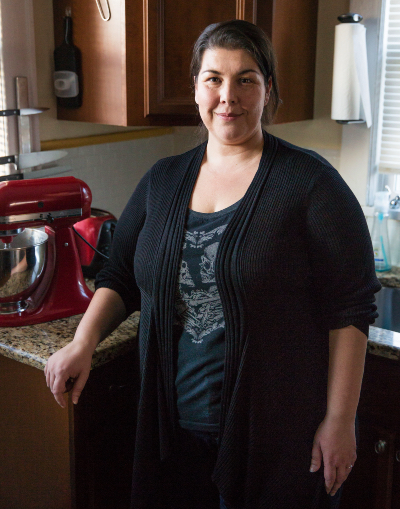 Martha Rabello in her home kitchen in Fanwood. Credit: Institute for Justice.

When pastry chef Martha Rabello was looking to establish a business based around her gourmet cookies, she thought she’d have an easier time finding a commercial kitchen space.

After a two-year search, she got her operation off the ground in her hometown of Fanwood, only to shut things down within 18 months, as her family prepared to welcome another baby.

“Once I added the cost of childcare to the cost of operating a kitchen, it didn’t make sense,” Rabello said.

“Commercial kitchens are not as pervasive as somebody would think in the state of New Jersey, and they don’t work for everybody,” she said.

Had Rabello been allowed to sell cookies she baked in her own kitchen, she might have been able to keep things going while caring for her kids at home.

The same chapter, N.J.A.C. 8:24-2.1(c)1, has no problem with home-based bakers selling self-stable products at bake sales or fundraisers, as long as customers are notified that those goods came from a home kitchen—and that’s where the New Jersey Home Bakers Association (NJHBA) saw a discrepancy in the rules.

In 2017, Rabello and several other NJHBA members filed a lawsuit against the state challenging the constitutionality of the ban on home-baked goods. Represented by the nonprofit Institute for Justice, a libertarian law firm based in Arlington, Virginia, the group sought to establish cottage industry laws that would bring New Jersey rules in line with those across the rest of the country.

At the same time, NJHBA also sought a legislative remedy to the problem. In January 2020, NJ State Senator Kip Bateman (R, NJ-16) of Somerville introduced a bill for cottage industry baking that cleared the State Senate in July and the State Assembly Consumer Affairs Committee by October, but failed to make it to a floor vote.

Meanwhile, NJHBA kept up pressure on the New Jersey Department of Health (NJDOH) for a change to the state administrative code. In April 2020, while the bill wound its way through the legislative process, NJDOH invited public comment on a proposal to establish a “cottage food operator” permit, and got 745 responses. 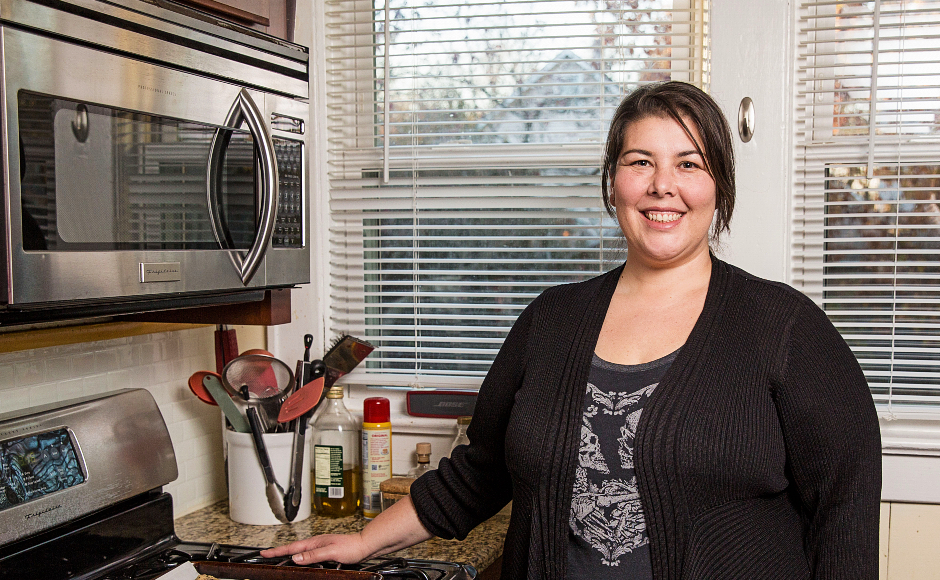 Martha Rabello of Fanwood in her home kitchen. Credit: Institute for Justice.

Finally, the New Jersey Public Health Council, which advises NJDOH on changes to the state sanitary code, voted to establish the cottage industry permit at its July 12, 2021 meeting.

Once the rules are codified in the September 2021 update to the state administrative code, home bakers can apply for cottage licenses and launch their businesses.

After six years of pushing for the change, Rabello was ecstatic.

The morning the council made its ruling was “a whirlwind,” she said.

“We didn’t have a basic version of this law until today, which still feels like a dream,” Rabello said. “The overhead of starting a store is very prohibitive. This way we open it up.”

Attorney Rob Peccola of the Institute for Justice, which argued the case on behalf of the NJHBA, said the fundamental issue at stake was one of consistency.

“Home-baked goods could always be sold at charity events, so there was essentially a concession from the Department [of Health] early on that this was not a contentious activity,” Peccola said. “This is a very consumer-friendly, commonsense regulation, because there are customers out there who are ready to buy.”

Under the proposed rules, home-based bakers may advertise and retail shelf-stable products that are not temperature-controlled for safety (TCS), provided they label those goods as having originated in a home kitchen. However, cottage industry licenses come with a long list of qualifiers.

Any other non-TCS products must receive written approval from the Public Health and Food Protection Program prior to retailing. 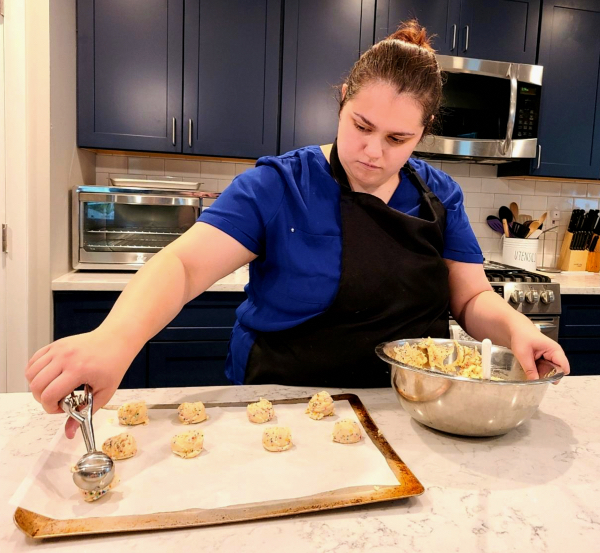 Bakers must apply for cottage industry licenses every two years at a cost of $100, and their annual earnings from any such business are capped at $50,000.

They’re allowed to advertise their products online, but may not ship them to customers, nor deliver out-of-state.

Despite these restrictions, Peccola said the new rules offer “a lifeline” to people who want to generate a legal source of income from their baked goods.

“Having that legal source of income is an incredibly empowering thing to have,” he said.

“This will make a difference in all aspects of their lives. As soon as you have legal income from an approved, legitimate source, it’s good for your financial health.”

To his clients, who’ve been fighting to get the rules changed for about a decade, Peccola said the feeling “is really a dam breaking.

“It’s been so many years of fighting that, in some ways, it’s a little surreal,” he said. “I give 100 percent of the credit to our clients.

For 21-year-old Lauren Leak of Cherry Hill, the cottage industry laws will enable her to get her home-based business, Lauren’s Artisan Pastries, off the ground. 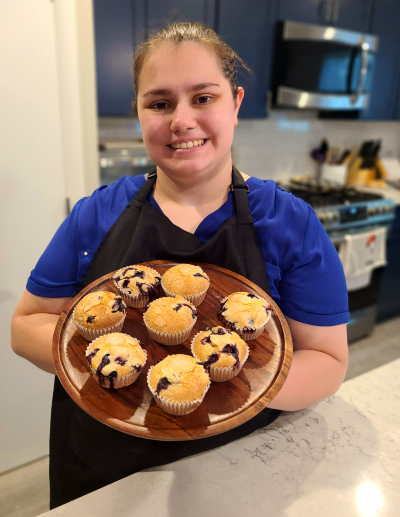 Leak, who in 2018 was diagnosed with an autonomic nervous system disorder, said her health concerns wouldn’t allow her to work a 12-hour shift in a commercial bakery.

At home, she’ll be better able to manage those issues, which include fatigue and a sensitivity to warm temperatures, and still draw an income from her efforts.

“My grandmother’s been by my side through this whole journey,” Leak said.

“We are super-excited to move forward with being able to do home baking.

“We were just looking at getting a commercial kitchen because we were starting to lose hope,” she said.

But with the rules changes, Leak said she’ll be able to work from home and grow her business while she manages her health condition and completes schooling for a veterinary technician certificate.

“When quarantine happened, I was home all the time, so I just started baking,” she said. “Now that we have the law, it’s going to hopefully blossom into something more.”

“Apple started in a garage,” she said. “You don’t have that chance in a kitchen.”