Trending
You are at:Home»Government»No Dougherty, No Comment at Haddon Twp. Commissioners Meeting 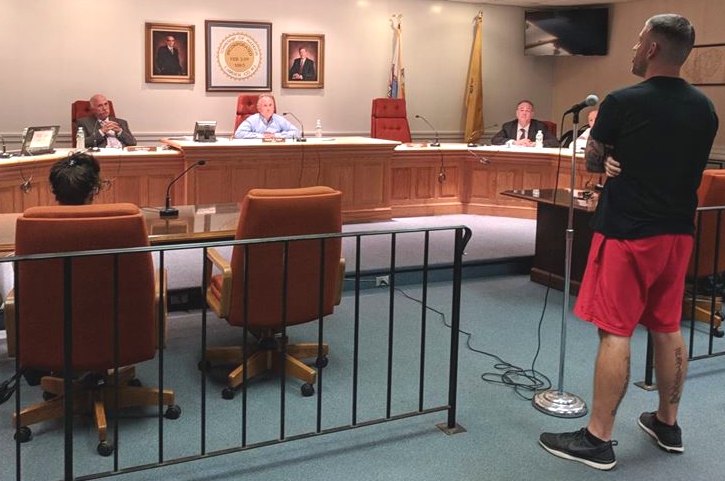 Haddon Township Commissioner Paul Dougherty didn’t appear at the August meeting of his municipal government, but was the subject of pointed public criticism nonetheless.

Dougherty, who faces a pair of citations for leaving the scene of a July 19 car crash and driving with an expired license, allegedly provided conflicting statements to police after the accident.

And Tuesday evening, former Haddon Township Police Officer Jason DeMent, who in 2013 led a vote of no confidence against the absent commissioner, took Dougherty to task for his behavior in the wake of the crash.

“He made a monster mistake, and then he made a really poor choice on top of that mistake,” DeMent said. “I have all the respect for this commission. I’m not telling my children that a person in power broke the law and then is able to keep that power.”

DeMent, who in 2015 filed a wrongful termination lawsuit against the township, urged Commissioners Randy Teague and Jim Mulroy to “make this right” for the community.

Neither Teague nor Mulroy would comment on the case, citing Dougherty’s pending court appearance, which has yet to be scheduled, and the counsel of township attorney Stuart Platt.

Platt said Dougherty’s case is “a personal matter,” and that no taxpayer dollars would be dedicated to the commissioner’s legal defense.

Camden County Superior Court Assignment Judge Deborah Silverman Katz is expected to transfer the case out of county to avoid potential conflicts, Teague said, as Dougherty is a municipal prosecutor in Clementon, Gloucester City, and Cherry Hill in Camden County, and in Medford in Burlington County.

Teague said he received an e-mail from Dougherty on Monday that the commissioner was on vacation and would not be appearing at Tuesday’s meeting.

Asked whether the working relationship between the township’s government and its police department has been damaged by DeMent’s suit and other legal actions from current and former officers, Teague expressed confidence in their dynamic.

“I believe that there are issues that occur in any town and any state across the country, and we have some issues that we’re dealing with in a legal setting,” the mayor said. “However, I have the complete trust that the police will act, and have acted, in a professional manner.”

Mulroy pointed to a recently negotiated police contract as evidence that the township and its police are in sync.