Trending
You are at:Home»Arts»Oaklyn Artist Puts a Spring in Steps with Custom Sneaker Biz 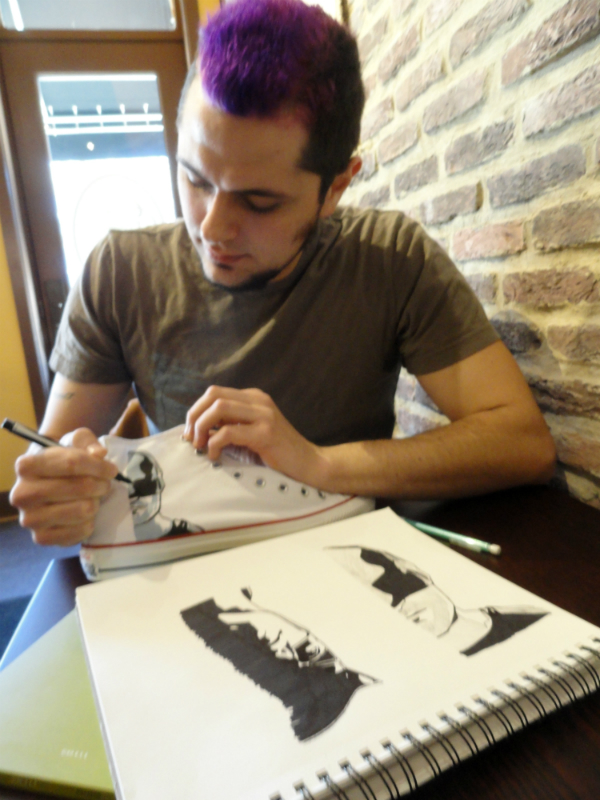 Oaklyn resident Max Walton is putting both to work for himself in building a boutique studio he calls 88 Customs.

It started when Walton was stumped for a Christmas gift for his girlfriend. Nothing he saw in a store seemed to fit the bill. So, applying his artistic talents to a pair of plain, white sneakers, Walton worked up a custom Adventure Time-themed gift. It went so well that he started taking orders for other commission pieces.

“Everyone kind of wears the same brands, and I feel like a lot of people now forget that they have individuality,” Walton said. “I saw a commercial for Staples the other day and the only distinction between the employees was [their]hair color.

“I wanted to make something that someone could use and that would last but would have a bit of whatever it was they liked on it,” he said.

Walton’s chosen canvas is unconventional, but he’s applied himself to pushing the limits of what it can do. He begins with a pencil sketch on a white canvas shoe over which he layers a base of permanent marker. Then Walton fills in additional layers of color, one at a time, until the fabric absorbs them; the final coat is a Scotchgard sealant. He’s experimented with markers and with subjects, but usually confines his medium to the Converse high-top sneaker—historically a favorite of doodlers.

“Converse is the one shoe that is pretty recognizable to everyone,” Walton said. “Almost every generation has seen a Chuck Taylor high top, all-star.”

Completing a pair of shoes can take hours, and Walton is finding that the most challenging part of the process can be getting a handle on his workflow. He relies on techniques picked up from Haddon Township artist Jocelynn Tice, with whom he studied for a time at My Studio.

“She’s the reason why I understand how to blend different things and certain tones; why different colors work together,” Walton said. “[Tice] is a great teacher who really knows her stuff.”

Walton’s work is entirely commission-based, which means he doesn’t stock an inventory. Each design is drafted according to clients’ requests, which so far have mostly included superheroes and princesses. He envisions expanding into municipally-themed color palettes and high-school sports mascots for local athletes, and package deals for kid-and-parent sets. All his work is priced according to its level of detail, and the turnaround time ranges from four to six weeks. 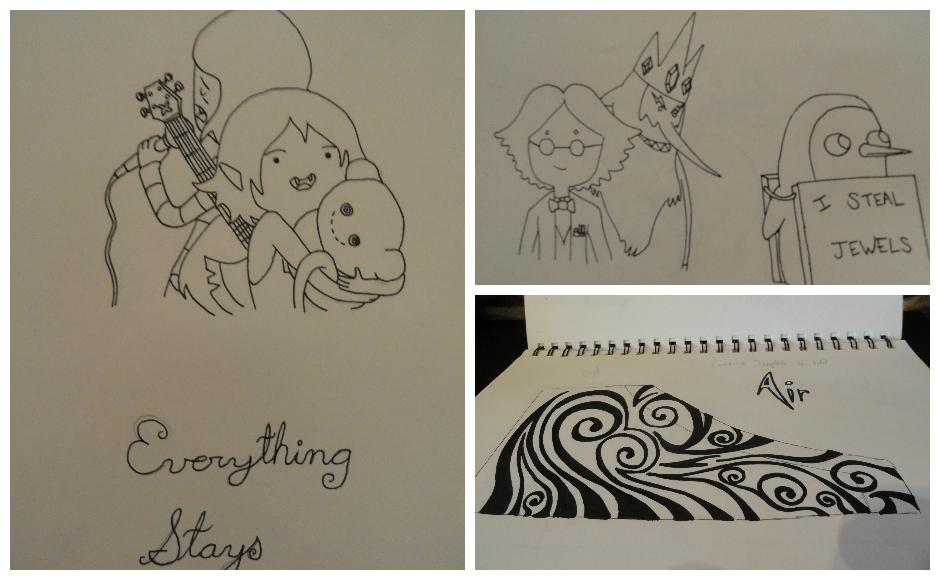 “It’s your personality, your hobby,” Walton said. “Give me a musical artist, give me a sports team; whatever your passion is. I can make something good and it’s going to last.”

Even if his work remains a niche interest, Walton said he’s happy producing it. As much as it brings him joy to make art, it also allows him to connect with other people who are interested in expressing their individuality and may not always have a ready way to do it.

“I’m really just doing it because it’s something I enjoy,” Walton said. “I always wanted to do something that would help people or make people happy, and this is something that can do that.”