The project, which had been in the works for a couple of years, was completed by art therapist and borough council member Nancy MacGregor, with help from her local public works department. 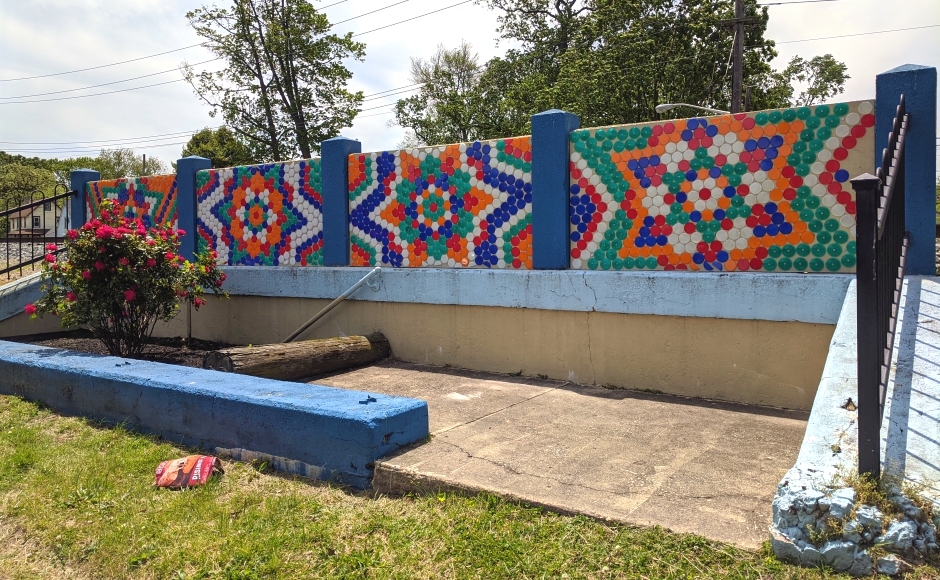 “Any place you can slip in a little art where there wasn’t any before is a good thing,” said Oaklyn resident Nancy MacGregor.

An art therapist by trade, a recently elected member of her borough’s municipal council, and one of the founders of the Oaklyn Beautification Project (OBP), MacGregor is one of the leading organizers for public art in her community.

Projects she’s spearheaded include a mural on the West Clinton Avenue railroad bridge, and the annual OBP kickball tournament, which raises funds for future projects.

But MacGregor’s latest project—a geometric arrangement of vehicle reflectors installed on a filled-in concrete underpass along the Conrail line—became something of a catharsis during the months-long stay-at-home order.

“I’ve had those boards and 1,200 reflectors in my house for probably two years,” MacGregor said. “The supplies were there; we knew what the project was going to be, and it felt overwhelming, so we’d stopped.”

It wasn’t until the middle of New Jersey’s stay-at-home order that MacGregor took all the materials out and just put the project together herself over a couple weekends in May. The novel coronavirus (COVID-19) pandemic has inspired lots of creative endeavors as people try to cope with the difficulties of their routines being upended; she said hers was no different.

“People are learning to crochet; people are cooking crazy meals,” MacGregor said. “That part of yourself becomes really important, especially as crazy things are going on. 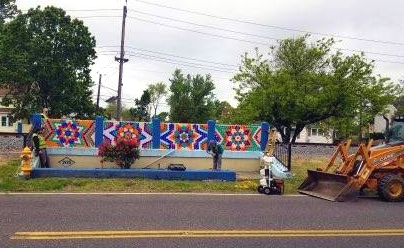 “As human beings, I think we all need to create and engage in creating with our communities,” she said.

“That’s an important way of expressing and feeling.”

The installation takes the form of a mandala, a geometric pattern with roots in Buddhist contemplative practices.

MacGregor got the idea from public art on highway medians in Seattle, where her sister resides.

“[The concrete wall offers]  a pre-existing structure sitting there; a good palette,” she said. “Mandalas are always a grounding imagery, and patterns are good imagery.”

MacGregor hopes the installation will give people “a place to stop and look and enjoy.” She chose materials that would light up at night “because things like hope don’t cease to exist just because we can’t see them in the dark.”

“Part of the project is community art and community engagement,” MacGregor said. “When art pops up, take a minute and stand with it.”

In all the project cost about $2,000 to construct and install; Oaklyn Public Works helped mount the panels to the concrete structure at the intersection of Newton and West Cedar Avenues. On the other side of the tracks, the same concrete underpass has been converted into a public memorial garden. 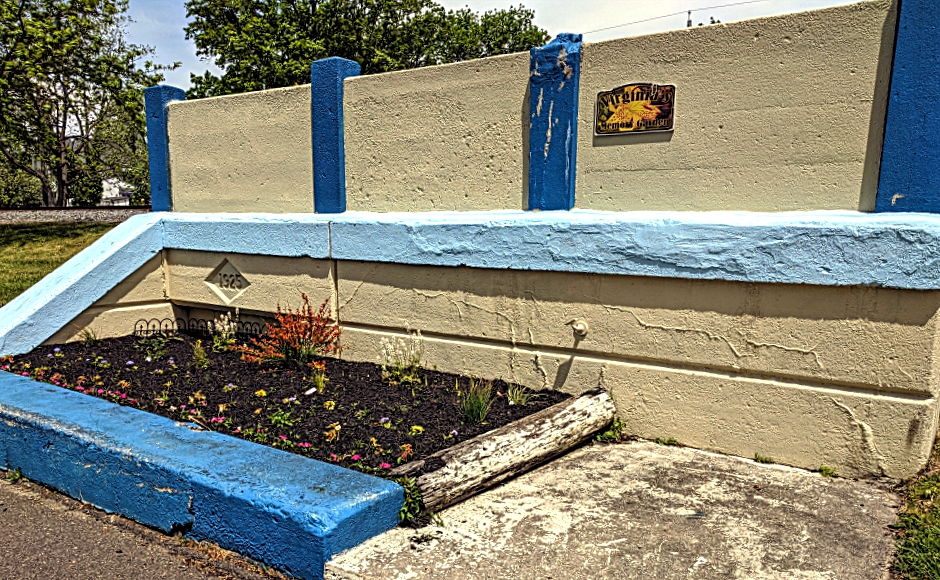 The costs of the project were covered by OBP fundraisers.

Going forward, its kickball tournament will raise funds both for beautification and other projects, as OBP recently folded itself into the borough civic association in recognition of the shared missions of both entities.

“Oaklyn is an arts-friendly community,” she said. “You just have to have an idea and do it, and if you ask the right people, they’ll help you.”