The 2-acre site was improved with $75,000 in open-space funds and now houses a community garden and illuminated walking path at the edge of Newton Creek. 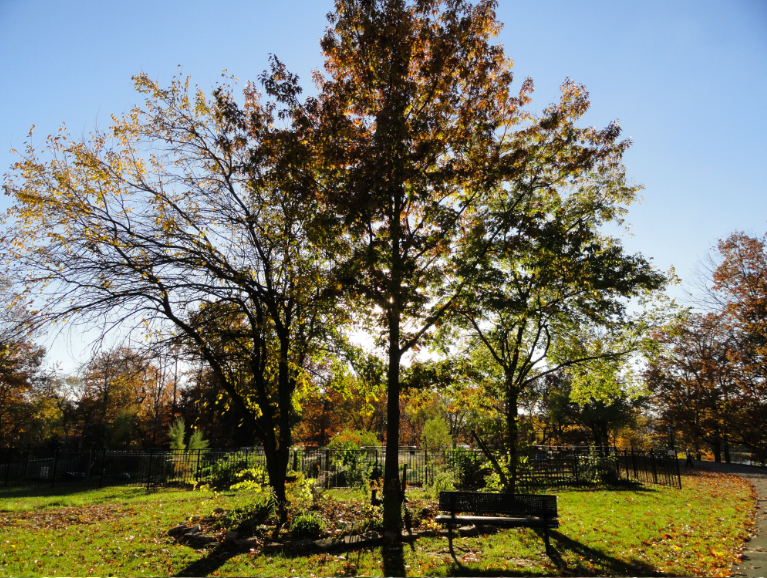 Only a few years ago, the quiet glade at the end of Manor Avenue in Oaklyn didn’t see a whole lot of activity.

On Sunday afternoon, however, it was filled with those who had come to pay their respects to the sacrifices of American servicemen and women, as the borough of Oaklyn commemorated Veterans Day with the rededication of that field as Oaklyn Veterans Memorial Park.

Adjacent to both the borough VFW Hall and a segment of the Newton Creek waterway, the lot was revitalized through $75,000 of Camden County open space preservation funding. Together with labor from the borough Department of Public Works (DPW) and equipment sourced from inter-local shared services agreements, those dollars helped transform the two-acre lot into a viable community space with a lighted path, benches, barriers, and a gazebo. 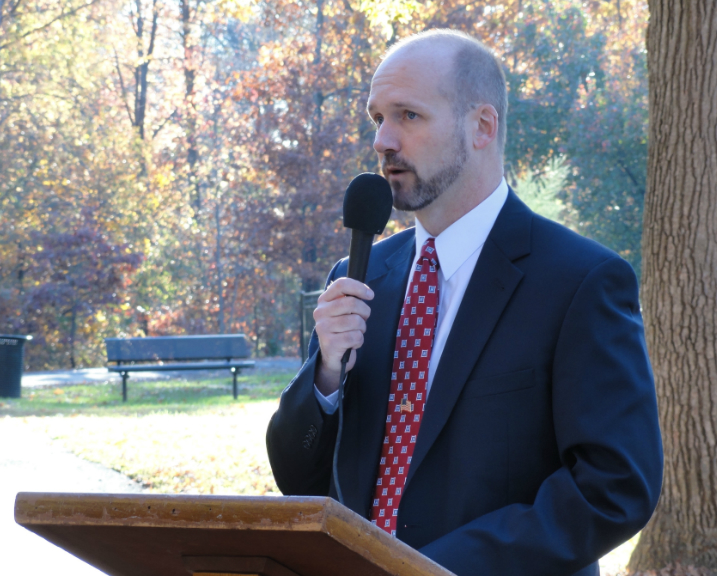 Another grant from New Jersey American Water paid for water lines to the community garden, which is also contained within the park.

Oaklyn Mayor Robert Forbes thanked the Camden County government, which he described as having been “very supportive” of the project.

The mayor singled out Borough Administrator Bonnie Taft and DPW Superintendent Richard Hawco for individual praise, but saved his most touching remarks for the veterans in attendance.

“I have no idea what war is like,” Forbes said in his remarks. “I know nothing of what you know. 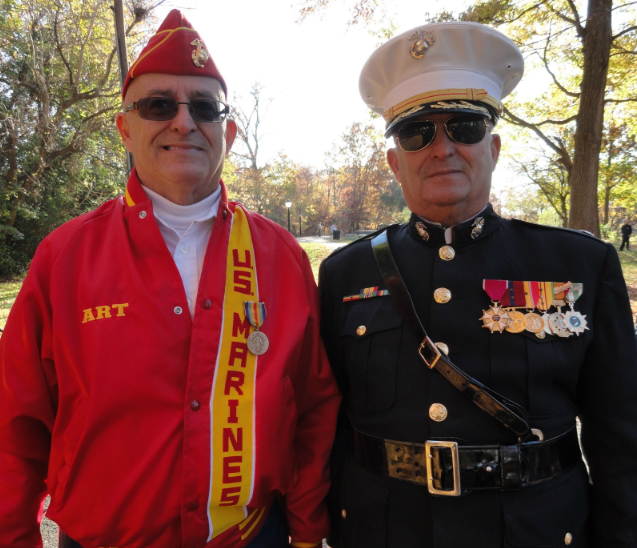 Bancroft, who retired from the U.S. Marines a lieutenant colonel after 33 years, including three tours of duty in Vietnam, said that military life has been good to him.

To Bancroft, Veterans Day is an opportunity to remind people what a veteran is: “a person who gave their all,” he said.

“Thank a veteran,” Bancroft said. “That means more to me than all the ribbons and medals.”

Both Al and his twin brother, Art Bancroft, owe a special debt to another veteran, their stepfather Raymond Bancroft, who adopted the twins from the Camden Home for Children, Art said; their older brothers, Robert and Elwood Wetmore, also both served in the military. Art Bancroft wore Raymond’s World War I Victory Medal proudly pinned to his jacket. 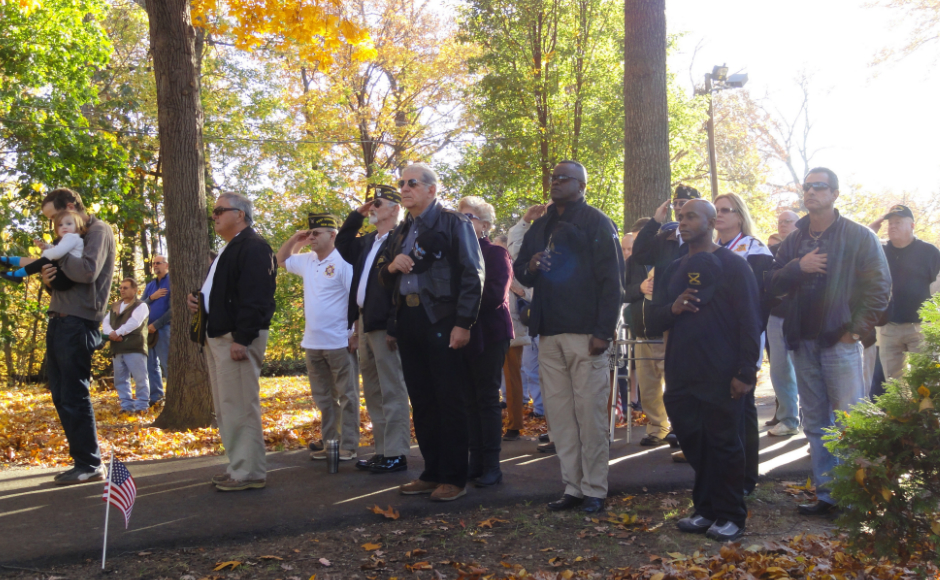 Today, the twins both work for the Camden County Office of Veterans Affairs, and Art, an Oaklyn resident, says he enjoys the opportunity to give something back to his fellow brothers-in-arms.

“Most [veterans], which they don’t admit to, need help with PTSD,” Art Bancroft said. He urged any veteran who is struggling receiving services to contact the county office for support.