On its historic 300th call of the year, the Oaklyn Fire Department completed a dog rescue on a frozen Newton Creek, just minutes after extinguishing a burning chicken coop. 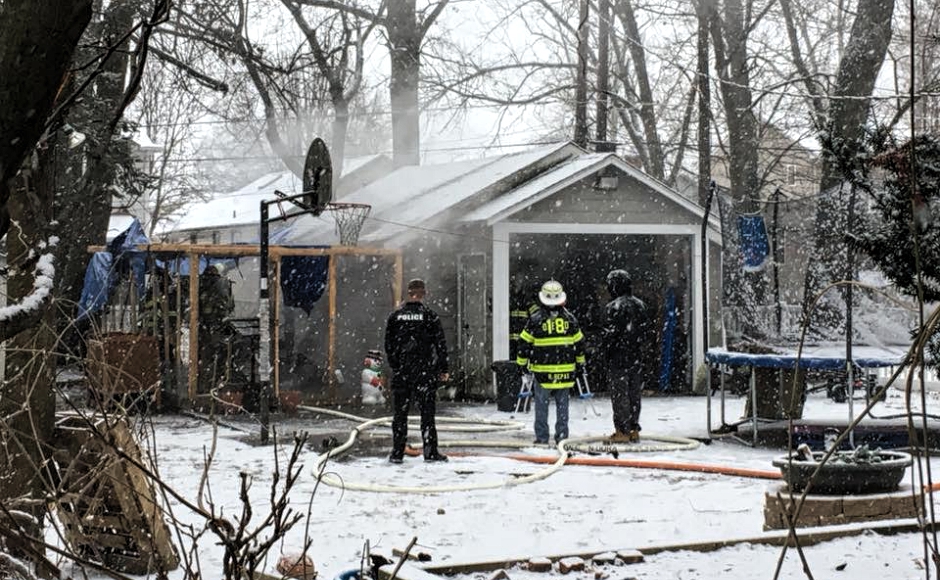 The Oaklyn Fire Department is ending its busiest year on record with a flurry of activity.

Thursday morning, firefighters quelled a third-story fire in a single-family home on West Bettlewood Avenue, saving a family of five and their pets.

Just before 8 a.m. Saturday, they were back in action again, this time to put out a burning chicken coop on East Haddon Avenue.

Oaklyn Fire Chief Scott Cairns said “the coop was fully involved” before first responders arrived, possibly the result of a faulty heating lamp. He credited a friendly neighbor with having released the animals while firefighters were en route. 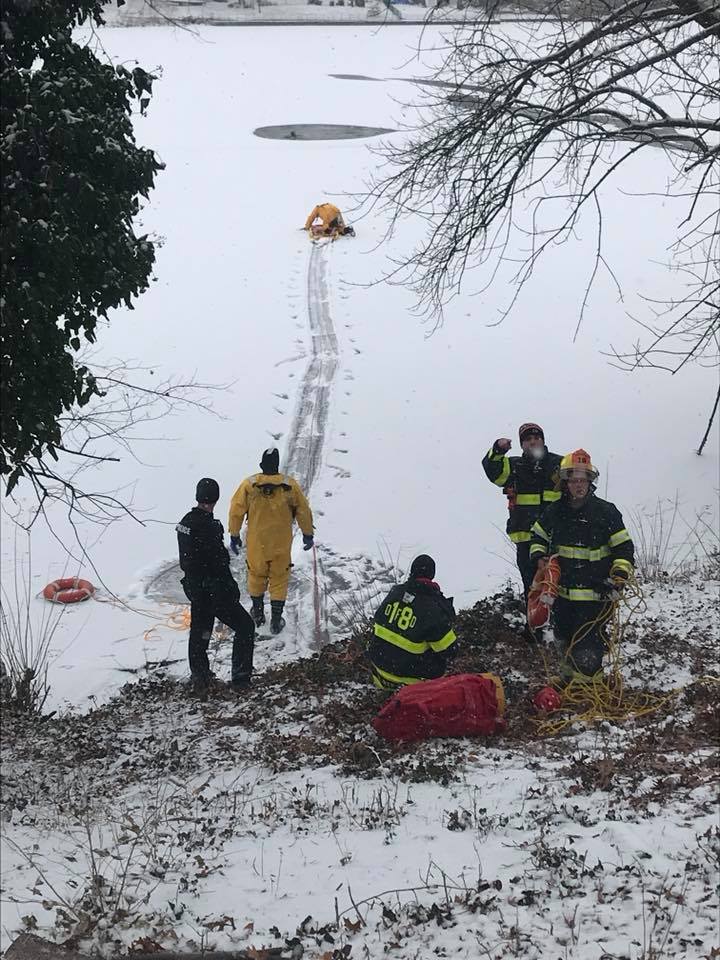 The flames were extinguished before the fire could spread throughout the attached garage.

Cairns said the chickens will be temporarily housed at a friend’s farm.

As firefighters cleaned up at the station, they barely had time to regroup when another call came in for an animal rescue: a dog trapped on the ice about 150 feet out on the frozen Newton Creek.

Despite the ice giving way underneath one of the firefighters halfway through the rescue, “it went pretty quickly and pretty smoothly,” said Oaklyn Fire Department Public Information Officer Curt Hudson.

Using a rope line, they towed the sled back to shore. The dog, a shar-pei named Lilly, was reunited with her Audubon Park owners not long after. 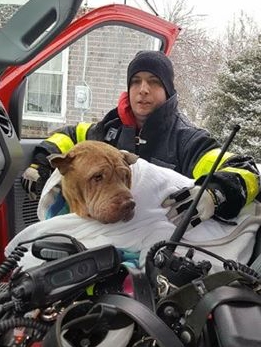 The save was a landmark rescue for the department, its 300th of the year, which Cairns said sets a record.

“For Oaklyn being a small town, that’s a pretty high number,” he said.

“When people don’t know who to call, they call the fire department and the police department to solve their issues.

“Obviously, we’re glad to come out as needed.”