The 55-year-old man said he’d feared he was being chased, and stranded himself on a fish ladder by the swiftly moving Newton Creek around 2 a.m. Tuesday. 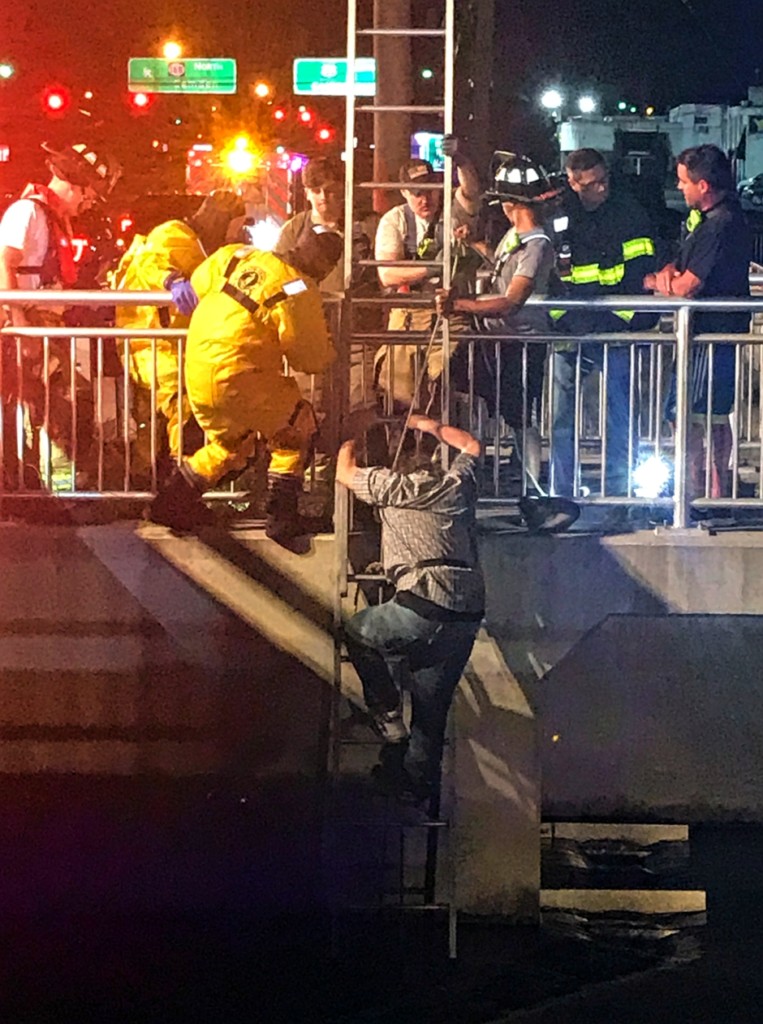 A man was stranded on part of the Newton Creek dam at the Black Horse Pike and Oaklyn firefighters used a ladder and rope to get him to safety. Credit: Curt Hudson/Oaklyn FD.

A 55-year-old Audubon Park man who’d stranded himself on part of the Newton Creek dam early Tuesday morning was rescued by firefighters as he balanced just above the surface of swiftly moving waters.

Just after 2 a.m. Tuesday morning, Oaklyn firefighters were called to an area of the Black Horse Pike between Oaklyn and Haddon Township for a report of a man hanging on a bridge.

“We’re uncertain why he was in there,” said Oaklyn Fire Chief Scott Cairns.

Cairns said that “residents heard yelling,” and later discovered the man “standing on top of a fish ladder for 30 to 45 minutes, holding onto the side.”

Oaklyn police were first on the scene, relieving a neighbor who’d been holding the man’s arms and helping him keep from falling into the swirling creek below.

Oaklyn Police Chief Mark Moore said the man later reported that he’d feared he was being chased, “and ducked down into the dam.”

The rescue was tricky because of the location, Cairns said.

“We couldn’t get our boat over by the waterfall, so we sent a ladder and a rope over, and firefighters went down and helped him up,” he said.

“He’s lucky it was a low-tide night.”

The man was transported to an area hospital for exposure to elements.