David Walker, 40, of Collingswood, is accused of robbing the Haddon Heights TD Bank and Haddon Twp. Wells Fargo branches within four days of each other. 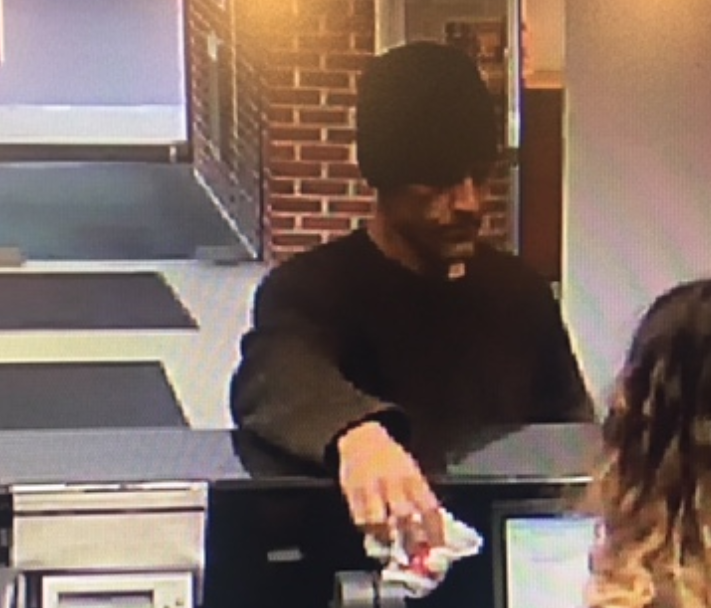 A 40-year-old Collingswood* man is in police custody, having been accused of passing demand notes at two Camden County banks in the past week.

Walker is alleged to have received cash in both incidents, in which no injuries were reported.

He was arrested Tuesday on the 4300 block of Aramingo Avenue in Philadelphia.

Investigators credit community tips with helping them crack the case, according to a statement from the Camden County Prosecutor’s Office. 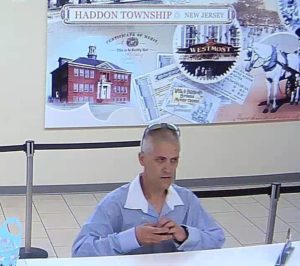 Suspect in the robbery-by-note of the Wells Fargo Haddon Township branch. Credit: CCPO.

Walker is being held by the Philadelphia Police department, awaiting extradition to the Camden County Jail for a pretrial detention hearing.

In April, a Haddon Township man was charged in connection with multiple robberies-by-note of the Oaklyn TD Bank branch.

All persons charged with criminal offenses are presumed innocent unless and until found guilty in a court of law.

CORRECTION: Walker is a Collingswood resident, not an Oaklyn resident, as was initially reported.