Trending
You are at:Home»Police & Fire»Oaklyn»Oaklyn Man Charged in Seven Vandalism Incidents, Audubon Teens Suspected in Others

Oaklyn police made arrests after investigating a rash of graffiti at multiple locations across the two boroughs over the past several weeks. 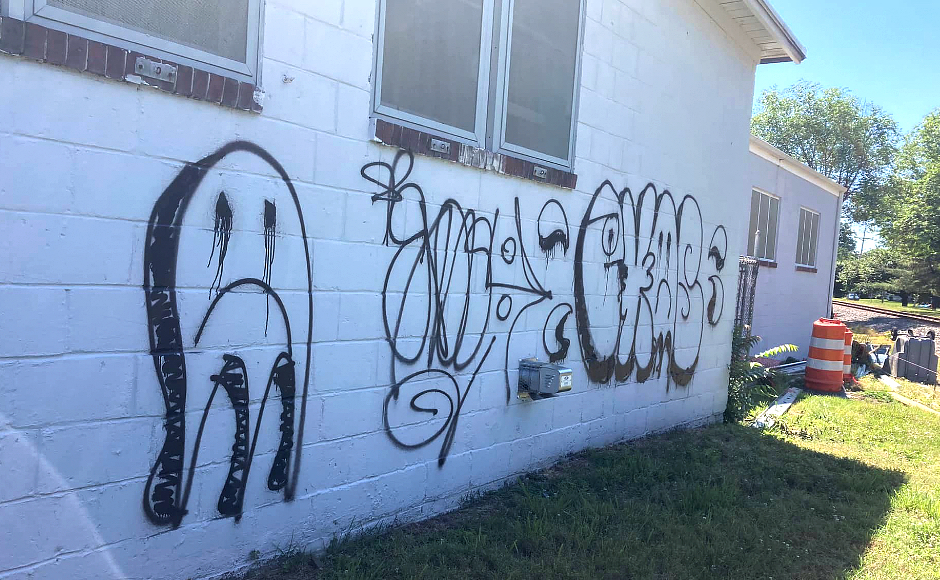 After a month-long investigation, a 40-year-old Oaklyn man has been charged in connection with multiple acts of vandalism across the borough.

Phillip Schad of the unit block of West Oakland Avenue faces seven counts of third-degree criminal mischief and one count of defiant trespass after Oaklyn Police arrested him June 5.

Schad is alleged to have defaced a number of locations across the borough with spray-paint, including:

According to Oaklyn Police, Schad “supplied a full confession” to Det. Paul Mason after Ptl. Tyler Rodgers’ investigation determined that Schad matched the description of a suspect sought in connection with the incidents. He was charged and released pending a municipal court date. 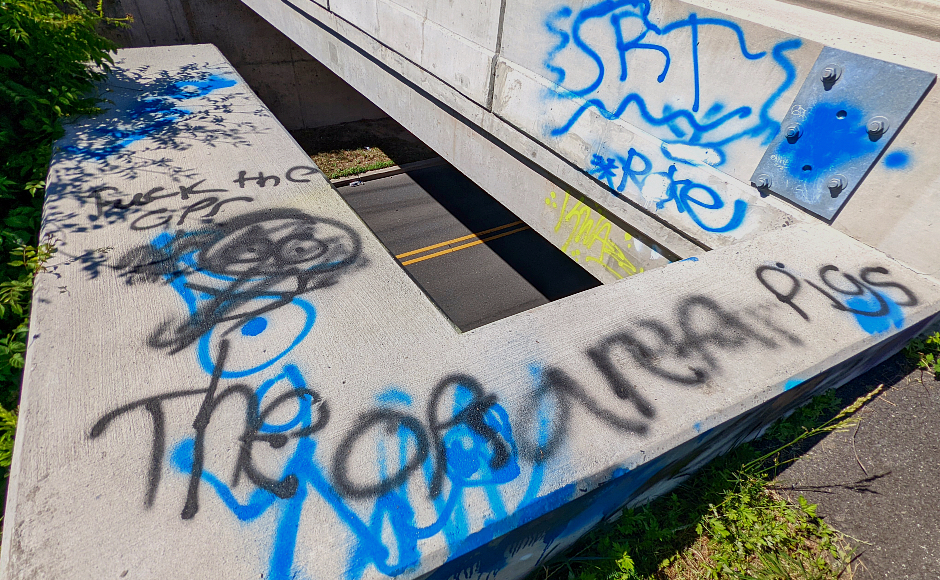 One day prior to Schad’s arrest, Oaklyn Ptl. Dru Genther and James Bonillia arrested four Audubon juveniles for curfew violation in the area of Newton and West Holly Avenues.

They are suspected of having defaced the East Atlantic Avenue bridge over Nicholson Road in Audubon.

Oaklyn Police delivered the items to Audubon Police for further investigation, charged the minors with curfew violations, and released them to their parents. Audubon Police say the case is still ongoing.

Oaklyn Police Lt. Craig Stauts said the community typically sees an increase in incidents like these at the end of the school year, that “usually lasts a few weeks until families start taking vacations and or summer activities begin.

“I wouldn’t say it concerns us, but we would like parents to know what and where their children are doing and going, especially at that hour,” Stauts said.

As for the clean-up, Stauts said that victims of crimes like these typically pay to repair the damages, await the results of a court case, and then seek remediation from the alleged offender in the event of a conviction.

For damage to properties like the overpass and Conrail equipment, the work of cleaning things up falls to the borough public works department, which has already cleaned up the bus stop. A conviction for third-degree criminal mischief resulting in damages of $2,000 or more can be punishable by three-to-five years in prison and as much as $15,000 in fines.

Stauts said only the amount of damage to the Westco building could potentially trigger that threshold.

In cases of graffiti, sentencing could also include monetary restitution of the damaged property as well as community service.

A defiant trespass conviction is punishable by as much as 30 days to six months in jail and a fine of $500 to $1,000, while a curfew violation conviction could result in a fine of up to $1,000 and 10 days of community service.