Trending
You are at:Home»Business»Occasionette to Open in Former Collingswood Variety Store May 2017

Collingswood resident Sara Villari will bring the ‘gifts and goods’ retail model that she launched on East Passyunk Avenue in 2013 to the vacant storefront at 724 Haddon Avenue this spring. 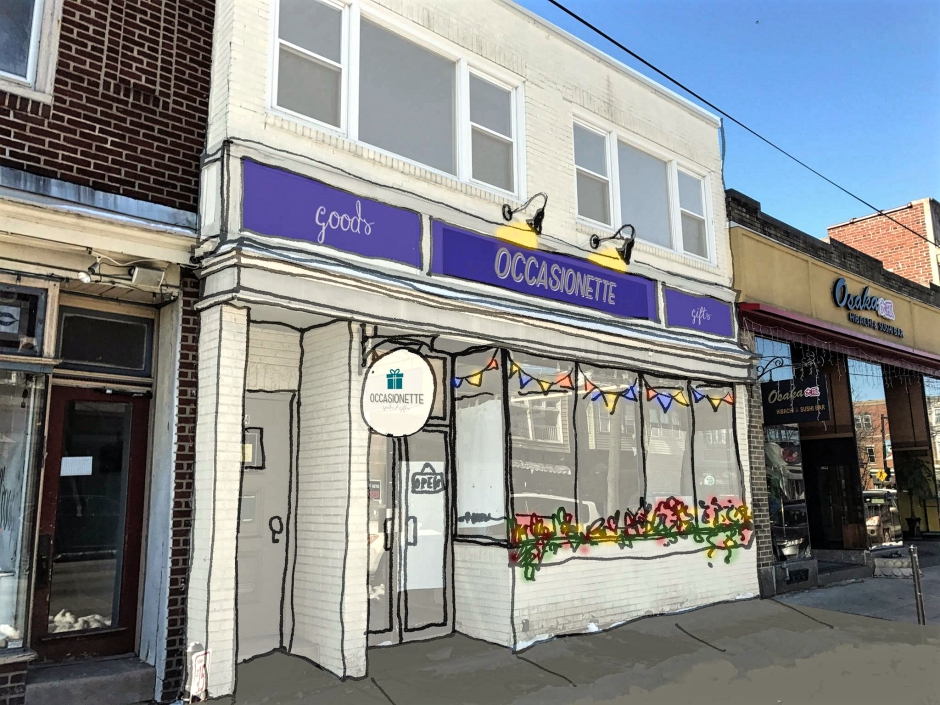 Rendering of the exterior of Occasionette. Credit: Sara Villari.

Amid the activity of recent years—the opening of Sabrina’s Café, still-ongoing renovations at McFarlan’s Market, and the planned consolidation of Yogawood and Upcycle at the Grant Building—there aren’t many large storefronts left in downtown Collingswood.

Last week, one of the few remaining spots on Haddon Avenue, the 3,800-square-foot Collingswood Variety Store, was also snapped up: by borough resident Sara Villari, who plans to transform it into a satellite location of her retail gift shop, Occasionette.

Villari, whose Passyunk Avenue boutique has become a fixture of the South Philadelphia neighborhood in the past few years, said she’d been turning over the idea of a second storefront since moving to the borough in 2014.

“I love Collingswood so much,” Villari said. “At the end of the day, that’s the main reason. It’s handy that I live here, and it’s convenient, but it’s because I really feel like this town is something special.”

An architect by training, Villari said she’d tired of sketching roof flashings when she turned her illustration talents into a line of screen-printed gifts she called “Girls Can Tell” (after the 2001 Spoon album) in 2006. A year later, her work was among the top sellers on Etsy.com, and Villari joined the site as a member of its community management team. In 2009, she parted ways with the company—they suggested a move to Brooklyn, she said no thanks—and dove into Girls Can Tell full-time out of her Philadelphia studio. 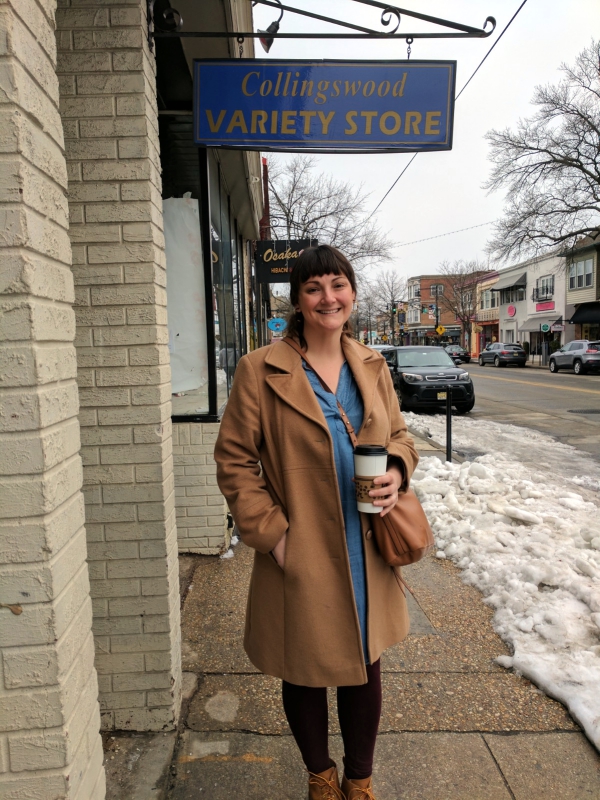 By 2012, the East Passyunk Avenue renaissance was in full flower, and Villari had her eye on a storefront in its 1800 block.

It was around the corner from her studio, and as a campaign headquarters, she knew it would become available after the election.

“I thought I would sell a couple lines, work that my friends made, and I didn’t imagine it would be as big as it is today,” Villari said.

“The neighborhood was so kind and so supportive, and that allowed us to keep growing.”

Being part of a vibrant neighborhood helped Occasionette to thrive, and Villari saw the same attitudes at work in Collingswood when she and her husband Erik, a structural engineer, moved to the borough. They appreciate its walkability, and community amenities like the farmers market give them the flavor of their urban neighborhood in a small-town setting.

“You could feel that [Collingswood] is like how Passyunk is being built,” Villari said. “It feels more community-minded. I know people here from just walking around.” 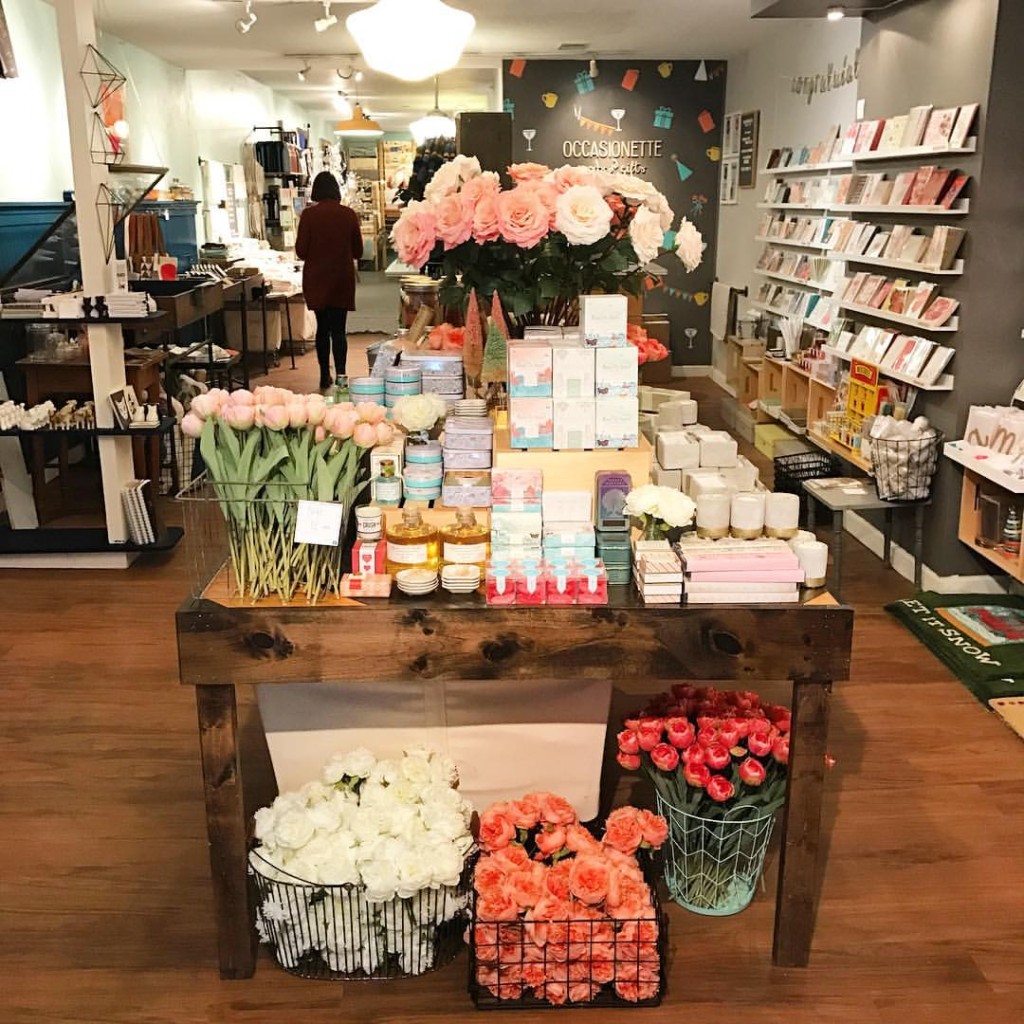 A sampling of the goods inside the Occasionette Philadelphia store. Credit: Occasionette.

In the course of some of that walking around, Villari’s eye fell on the shuttered Collingswood Variety Store at 724 Haddon Avenue.

Despite needing a cosmetic overhaul, its 1,800-square-foot retail space is also backed by another 2,000-square-foot stock room she knew could support the shop at 1825 Passyunk Avenue with a broader inventory of seasonal goods.

Admitting, “it needs a lot of love,” Villari said she was drawn to the possibilities the space offered.

“I love the location,” she said. “I’m drawn to it because I can kind of see what it could be, whereas it really hasn’t been much of anything since we moved here.

Villari said she “would like for the shop to feel like it’s sort of been there forever,” and wants her customers to feel free to pick things up and play with them. The gifts and goods at Occasionette are selected by “focus[ing]on what makes a good gift, and then all the different layers on top of it,” Villari said, from availability to local sourcing to cost.

Items are listed at a variety of prices, with most far less than $100. Occasionette also carries a large inventory of unique and handmade greeting cards, bringing back a retail line that hasn’t been prominent on Haddon Avenue in Collingswood since the 2013 closing of For Heaven’s Sake. 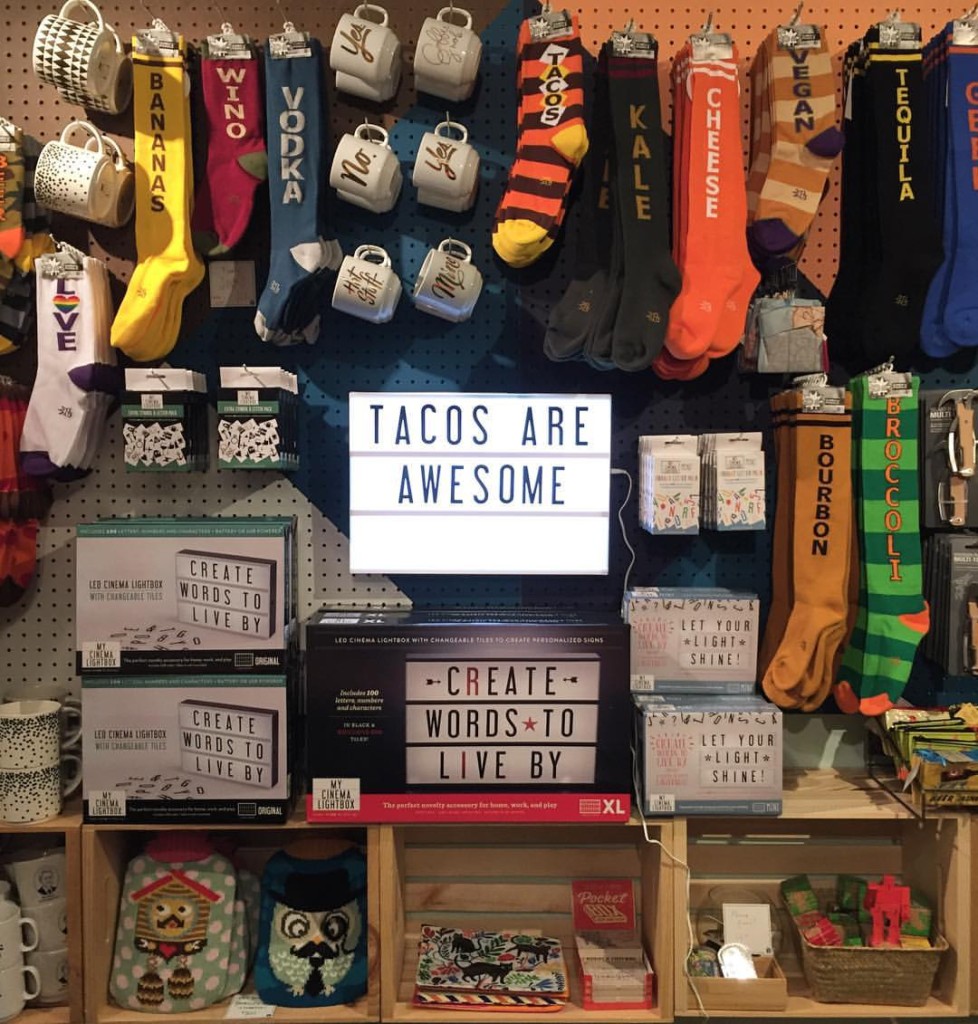 A sampling of the goods inside the Occasionette Philadelphia store. Credit: Occasionette.

“We have all different people who come in, and we try to serve that,” Villari said.

“We’ve been doing well because we are part of a neighborhood, and because we listen to our customers and what they’re looking for.”

Occasionette Collingswood is headed for a May opening, and Villari said she will be hiring part-time staff.

She expects the shop hours will follow those of the Passyunk Avenue storefront (12 to 8 p.m. weekdays, 11 a.m. to 8 p.m. Saturday, and 11 a.m. to 6 p.m. Sunday), possibly with extended morning hours during farmers market season.