Trending
You are at:Home»People»Of Rio and Running: Haddonfield Alum Marielle Hall in Her First Olympic Games

The 24-year-old Mount Laurel resident qualified for the world’s biggest track-and-field stage just a month ago, and in only her second year as a professional athlete. Hall will run the 10,000 meters. 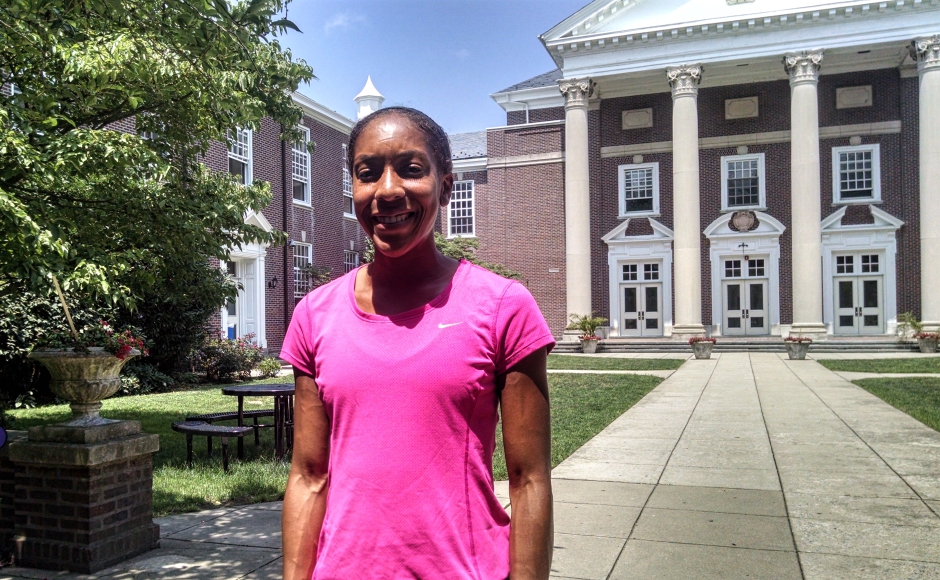 It’s the longest-distance event in the track-and-field games, and Marielle Hall has competed in it only twice.

The 2016 summer Olympic games in Rio will be her third.

Hall is much more familiar with the 5,000 meters, an event that’s half the distance at which she qualified for the games.

As important as it is to be strong and fast, the chief virtue in winning either event is neither strength nor speed, she said. The way you win the 10K is with lots of patience.

“You have to do your best to not engage too much in racing early on because you’ll mentally and physically tire yourself out,” Hall said. “There’s a lot of pace-searching and people getting into position to finish in the last five laps or so.”

To keep herself focused on that end goal, Hall spends as much time training her mind as she does her body. Outside of running, she practices meditation and yoga, and sets aside a certain amount of time to focus on “gaining control of the mental aspects of the sport.” Developing that discipline has been among the most difficult skills to learn, she said.

“You’re in a high arousal state when you’re competing, and you have to teach yourself to save that for the later parts of the race, because that’s when you need it,” Hall said. “You have to play down the early stages of the race and learn how to compartmentalize your excitement and engagement.”

Routine helps, too: Hall says the “monotonous lifestyle” she leads when training only breaks for the whirlwind of competition. At the national Olympic trials, that excitement eventually yielded to nerves.

For distance runners, ideal racing weather is slightly cool and overcast, Hall said, but the track at the historic Hayward Field at the University of Oregon was significantly warmer on July 2. Thirty minutes in the sun—about the amount of time it takes the top athletes to finish a 10K race—will start to wear on a runner “even if you don’t realize it,” Hall said.

She had competed against many of the same runners at half the distance, and noted that more than half the field fell off midway through the finals based on the conditions alone. The top runners didn’t really break out from the rest of the pack until the last five laps.

In hindsight, Hall thinks she “did get a little anxious” as she felt her competitors start to flag, and “did jump probably a little bit early.” Nonetheless, she found herself in third place when it was all done, with a time of 31:54—good enough to qualify for the women’s Olympic squad. For as much as she was overjoyed to make the cut, the emotional adjustment that followed was complicated to navigate.

“It’s a small world inside track and field,” she said. “One of the core aspects of the sport is that you compete against people all year long, you’re all bidding to be on Team USA, and then you’re cheering for one another, working to have the best finishes that you can.

“As a person you want everyone to be able to succeed and accomplish what they want,” Hall said. “As a competitor, you want to be the person who nabs the spot and can do the best on the day.

“You learn so much from your competitors, even the people who didn’t necessarily get what they wanted from that weekend. You feel grateful to be in that community and learn from those people,” Hall said. 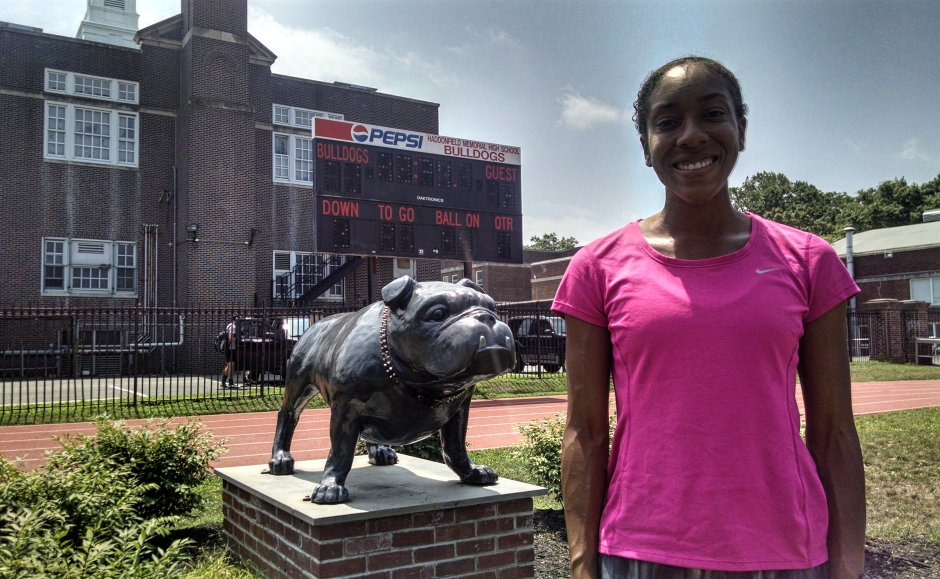 ‘I’m going to have the experience’

In the weeks that followed, Hall has spent her days as immersed in her training routine as possible.

The Nike-sponsored athlete lives in Mount Laurel, but often runs in Cheltenham, PA with her coach, Derek Thompson of Juventus Track Club. Thompson also coaches Ajee Wilson of Neptune, who runs the 1800 meters.

For Hall, a typical training day begins around 6 a.m. She’ll have breakfast, mentally set her intentions for the day, and get her fix of “part sports, part ridiculousness” from talk radio. Then it’s trail runs in either the Princeton or Philadelphia areas, followed by a mid-day rehab and recovery session in the gym. Afterwards, Hall has lunch, a nap, and then either a track session or another workout, alternating among strength, hill, and distance training.

Since graduating the University of Texas at Austin in 2014, she’s focused on qualifying for the U.S. women’s world championship team, with the bigger goal of performing well at the Olympic trials in mind. They’re lofty aspirations for the 2010 Haddonfield Memorial High School graduate, especially in only her second year as a pro. But Hall considers herself well supported by family and friends, and although she clearly has a sense of the moment, doesn’t seem to be intimidated by it.

“My job is to travel the world and compete and run in circles,” Hall said. “It’s all new to me. I’m going to have the experience.”

The 10,000 meters is one of the earlier events of the games (the final heat will be run at 11:10 a.m. Friday, August 12), so Hall expects to spend a lot of her time cheering on her fellow Americans. Hers won’t be the only new face at the games—365 of the 554-member U.S. team are first-timers—and she’ll be among more famous New Jerseyans like Carli Lloyd and Kyrie Irving.

Still, Hall said she knows she’s bringing some Garden State pride with her to Rio. She remembered how much it meant to have former Olympian and fellow HMHS grad, Erin Donohue, around during her years on the Haddonfield track team, and wants to bring some of that excitement home with her.

“I remember everyone having so much pride in her,” Hall said. “I feel grateful to be in that position and hopefully bring people as much pride as I can in the area.