A 29-year-old Camden man was killed when he hit a pole on Route 130 in Collingswood during Monday rush hour. His passenger remains hospitalized in critical condition. 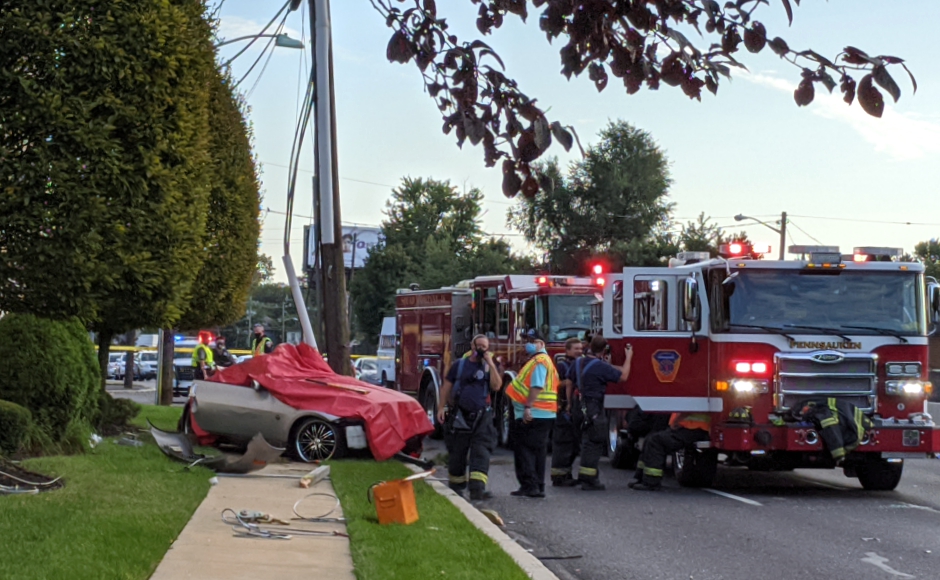 The scene of a fatal vehicle accident on Route 130 in Collingswood. Credit: Matt Skoufalos.

UPDATE: A 29-year-old Camden City man has been identified as the fatal victim of a single-car accident on Route 130 yesterday.

Elliot Lopez was behind the wheel of a champagne Nissan 350 Z when he struck a utility pole in Collingswood during Monday rush hour.

Lopez was pronounced dead at the scene by authorities.

The other passenger in the car, who has not been identified, remains hospitalized in critical condition.

Just after 5 p.m. Monday, first responders had taped off a northbound section of Route 130 in the 400 block of Crescent Avenue in Collingswood. A red tarp covered the top of the vehicle, which was up on the sidewalk in front of the Rothman Animal Hospital, surrounded by debris from the crash.

Tony Covington heard the crash from a home on nearby Dwight Avenue and ran out to the highway.

“I heard tires squeaking,” Covington said. “I ran down and I saw the car; I was the first one to see it.”

After he saw the accident, Covington said he asked for a sheet to cover the driver. 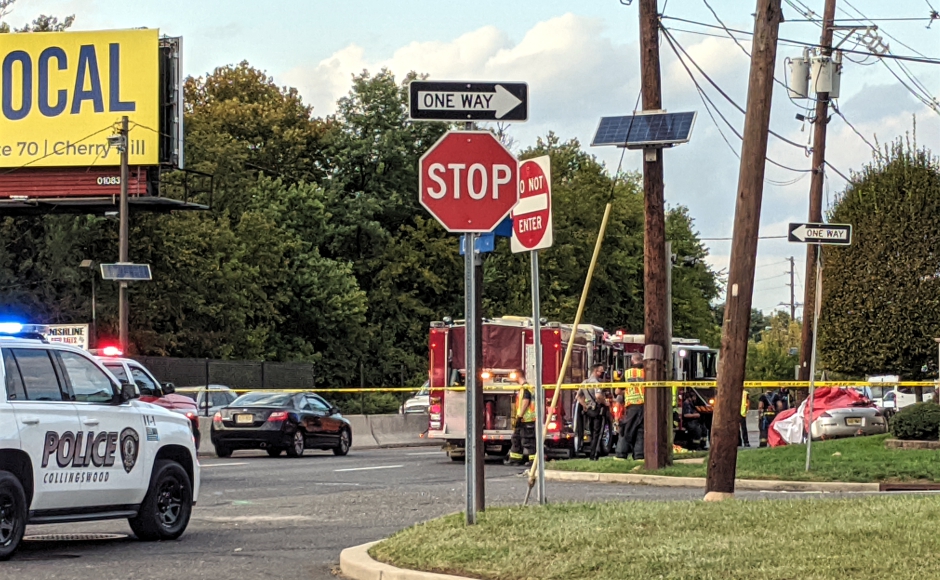 The scene of a fatal vehicle accident on Route 130 in Collingswood. Credit: Matt Skoufalos.

Collingswood residents in the surrounding neighborhood said it’s not the first serious accident to have occurred on the highway within the past year.

“It never should have been three lanes. It’s way too narrow for cars. It’s a bottleneck.”

“People fly over into the right-hand lane and cut people off,” another said.

Forty-six people died on Camden County roadways in 2018, according to crash reports published by the New Jersey State Police.