One resident at the Playa del Sol condominiums was transported to the hospital for smoke inhalation and several other units were evacuated due to smoke damage after the Saturday morning fire. A 53-year-old Cherry Hill woman was transported to Cooper Hospital for treatment of smoke inhalation, and her neighbors were displaced from their homes by a two-alarm fire at the Playa del Sol condominiums.

First responders from the Cherry Hill, Haddonfield, Mount Laurel, Pennsauken, and Westmont Fire Companies were dispatched to the 400 block of Cooper Landing Road a little before 11 a.m. Saturday.

They arrived to smoke showing on the fifth floor of the building with a resident trapped inside, said Cherry Hill Fire Chief Chris Callan.

Within 15 minutes, firefighters had the situation under control, Callan said.

“These guys did great work,” the chief said. “They really hit it fast.”

The job was complicated by freezing conditions on the ground; as companies rallied to the incident, supporting units laid down ice melt to prevent injuries at the scene. 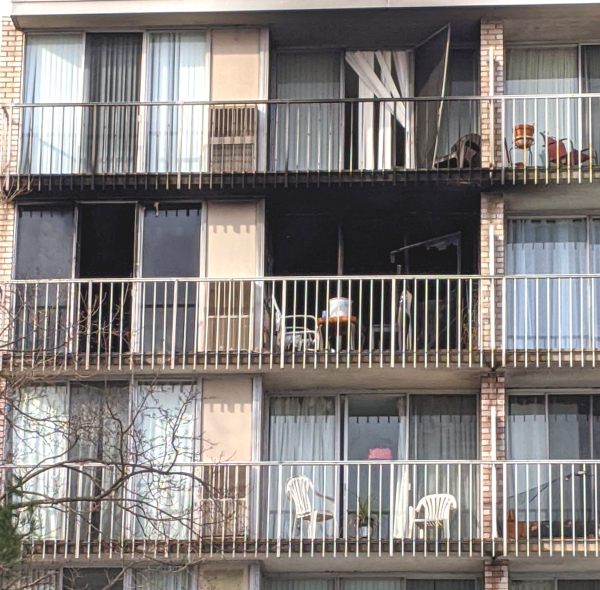 “These guys have to carry all their equipment with them into the building,” Callan said.

“We don’t want anyone to slip and fall.”

The fire caused minor damage to adjacent units, and the fifth floor of the building sustained smoke damage that will temporarily displace some residents, the chief said.

The Cherry Hill Police Department and Fire Marshal are performing a routine investigation to determine the cause of the incident.