Alan Ritter started his Produce Club with a few dollars and a borrowed car. After eight or nine months, he’s close to building a sustainable grocery-store alternative in Collingswood. 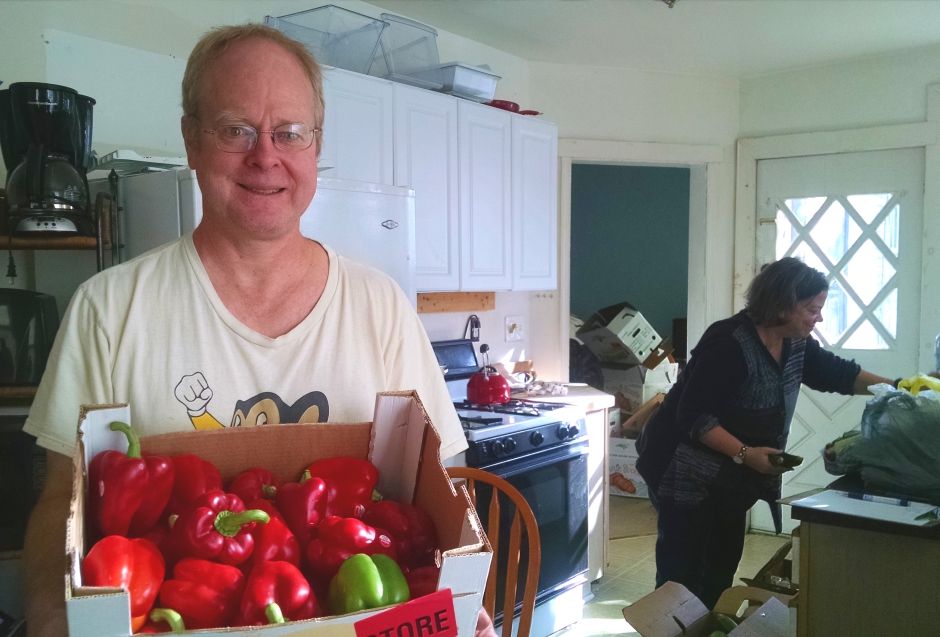 Alan Ritter with some of the “seconds” his Produce Club offers. Credit: Matt Skoufalos.

Alan Ritter was down to his last few bucks.

Living in Princeton, he’d sold his car for rent money, but even the time that act of desperation had bought him had dwindled to two weeks.

An online plea for help connected him with a landlord who offered him an empty apartment unit on Magill Avenue in Collingswood.

Rebuilding would take time, and his resources were few. Ritter had left the workforce years earlier to care for his ailing mother. With a Ph.D. in chemistry, he was still looking for teaching jobs, but had settled for tutoring, and even that was winding down. Living as frugally as possible, he hoofed it across town to the library when he needed to use the Internet, ate less—and less of the kinds of foods he’d have preferred—and hunkered down.

In the meantime, however, Ritter was also germinating the seeds of another plan; a retooled version of a business model he’d operated for a few years from his former home in Wayne, Pennsylvania.

He called it the Produce Club.

The idea is simple—buying fruits and vegetables in bulk makes them cheaper individually—but the execution was tougher. Geographically, Ritter was closer than he’d ever lived to his source: Procacci Brothers Sales Corporation, the only organic produce wholesaler in Philadelphia that’s open to the public. He just needed to build up enough interest to justify the volume of purchases.

“This is a grocery store that nobody knows about,” Ritter said. “There’s a couple of hoops that you have to jump through. It’s not part of the commercial consciousness; it’s not marketed.”

Ritter posted a few ads on vegan food Facebook groups in the area, and after a little while, landed enough support to bolster the case volume he needed. Today, Ritter said he has about 60 or 70 clients who buy with him regularly, picking up at his Collingswood apartment or one of a handful of drop-off points, including Sweet Freedom bakery in Collingswood and Common Grounds coffee house in Oaklyn.

Ritter reaches farther-flung club members in Abington and West Philadelphia with the help of friends and other customers. He often borrows a car to make the purchases and deliveries, or enlists a friend to drive.

To fill the orders, Ritter has to turn up at Procacci Brothers around 1:30 in the morning, when the produce is staged, and searches out the “seconds.” Seconds are the fruits and vegetables that Ritter describes as the “odd lots” of the market: not comparatively pretty enough to make it to the grocery store shelves; left over from larger orders in too small of a quantity for larger vendors to buy; too close to their sell-by date, or overly ripe. 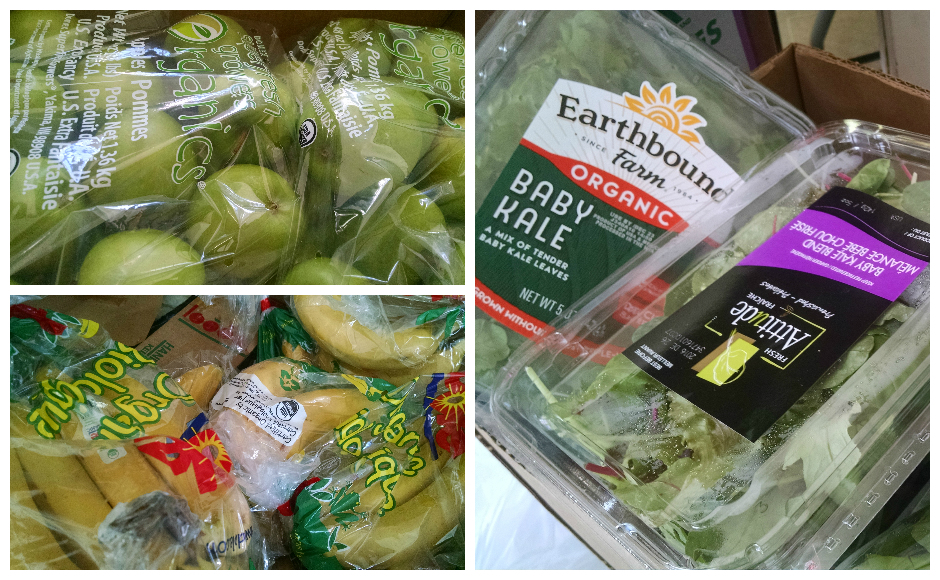 But the seconds in his buying club inventory don’t look at all different from what shoppers could find in the grocery store.

The products are all certified organic, but in bulk, they’re available at one-third the cost of the supermarket price.

Ritter said he’s also expanding into “firsts,” but again, in bulk, they cost a lot less.

“I look at it from a standpoint of families eating well,” Ritter said. “When you look at the retail cost versus the wholesale cost, that’s a big deal for people on a budget. This allows them to completely change their week so they have good food to eat.”

The advantages of his buying club include flexibility, too, Ritter said. For $7 or less, members can purchase a weekly share, which fills a plastic grocery bag (this week’s included five pounds of sweet potatoes, one-and-a-half pounds of zucchini, four celery hearts, and three eggplants, all for $5.65). A la carte options are available for customers who don’t want the medley, and unlike CSA’s, which commit buyers to multiple months of purchases, Produce Club members may opt out week to week with as little as three days’ notice.

“I go to the market and I buy from my demand,” Ritter said. “They’re basically locked into nothing with me.”

Ritter likes the idea that he’s helping contribute to the expanded understanding of what salable produce looks like, and the general sustainability of the agricultural industry. As a vegan, he also is encouraged by the fact that he can support a wholly organic, plant-based business parallel to the supermarket industry.

“I’m really interested in how plants are raised, what nutrition they deliver depending on the method that is used to raise them, and our relationship with the food crop,” Ritter said. “If I’m going to a regular grocery store, I’m supporting industries I don’t want to be supporting because I’m giving them profit and they’re in the animal business. I only shop at a store that makes its money from plants.”

Jamie Smith of Haddon Township is a Produce Club member, and has lent Ritter his truck for club-related errands. He said he’s “just trying to eat as many greens as possible,” but that the arrangement is working out.

“I think it’s good for me,” Smith said. “It’s cheaper; you’re getting the same thing anyway.”

Gail Zeserman of Philadelphia joined Produce Club during the summer after she met another member, Carrie, at a seed swap.

“She had this box of bell peppers, and they were a quarter apiece,” Zeserman said. “I asked her where she got them, and she gave me Alan’s card, and that’s when it started.”

Although she confesses to getting “excited about food bargains,” Zeserman said she was drawn to the scope of the network Ritter was activating. Since then, she has started working with him to pack and deliver shares.

“I get so excited about possibilities in general, and produce, and when I saw what Alan was doing and how people were coming together to help, that got me really excited,” Zeserman said.

“[I like] being around people who just want good organic food, and helping each other,” she said. “To share all of this and to do, it’s a lot of work.”

For more information about Produce Club, Ritter has a 24-hour Google message service (856-362-4VEG), a Facebook group, and an online brochure.