Restoration of the three-story walk-up took nine months and $1.6 million. Developer Richard DePetro believes the historic property can be a keystone component of borough redevelopment efforts. 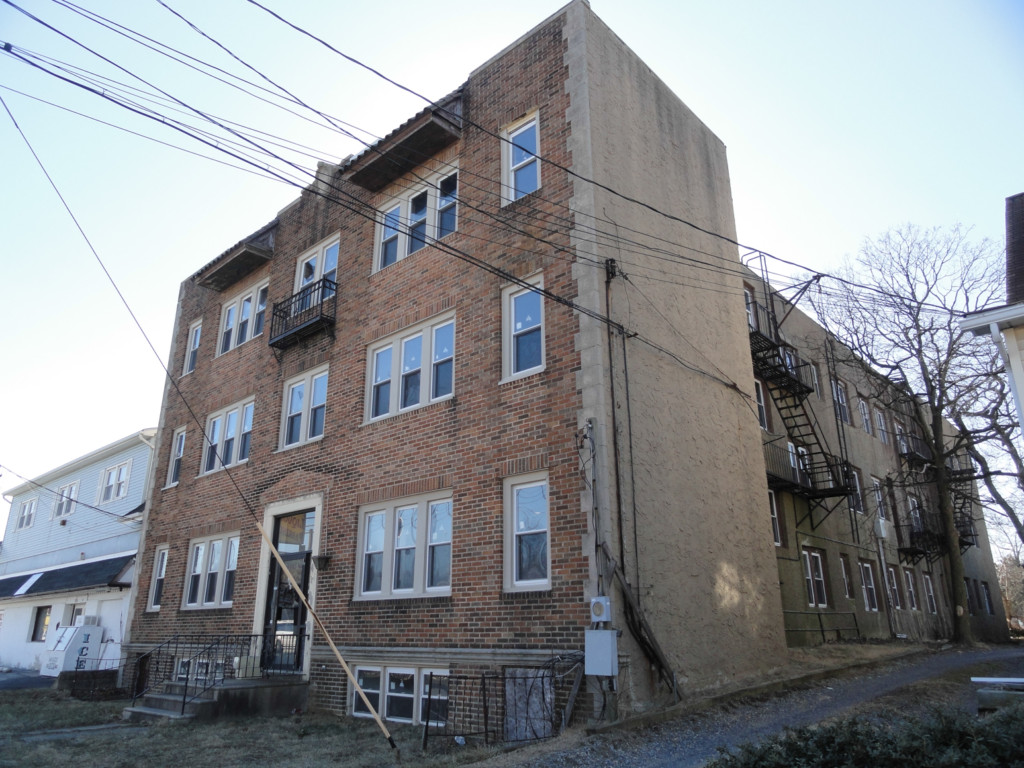 For 20 years, the Oaklyn Villas apartment building has lain empty, its shuttered windows overlooking the White Horse Pike as its interior rotted away, another empty property on the busy county thoroughfare.

On Thursday morning, however, Developer Richard DePetro of Brielle will cut the ribbon on a fully renovated, 24-unit apartment building that Oaklyn Mayor Robert Forbes had identified as one of three key redevelopment targets in the borough.

Flipped in nine months with a 25-man crew, the building will reopen its doors, fully rented, another signifier of the tiny community’s strides to reinvent itself.

DePetro described the project as “an ambitious effort” to save a historic property from the wrecking ball, and the 88-year-old Oaklyn Villas is certainly that. It was constructed in 1928 during a pre-depression building boom that accompanied emigration from Philadelphia to the south Jersey suburbs. Built in the Spanish Colonial revival style, the three-story walk-up incorporates elements of California mission architecture—barrel tile roofing, metal balconettes, and a cement relief along the roofline—that DePetro said lend it a characteristic charm.

“My philosophy is that buildings are our country’s history,” he said. “If you go to Europe, people are living in buildings that are 400 years old. They modernize them to suit the times, but the art of the architecture always remains.” 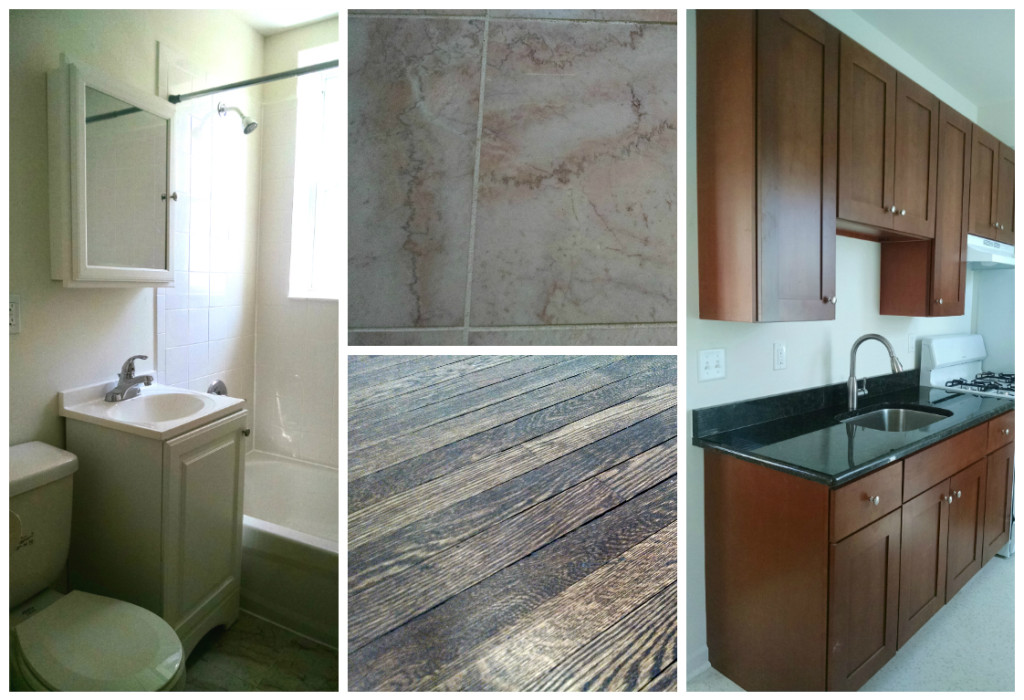 DePetro has worked on similar infill redevelopment projects like the Cooke Mills lofts in Paterson, a converted locomotive works, and the “Tudorbethan” Wellwood Manor apartments in nearby Merchantville.

When his tenants move into Oaklyn May 1, they’ll enjoy an antique building with the modern conveniences of a fully updated property: kitchens with granite countertops and self-closing doors, bathrooms with marble tile, living areas with restored hardwood floors and wall-controlled ceiling fans.

Building superintendent Bob Spoletini, a 25-year contractor who also helped overhaul the building plumbing and electrical systems, said the revival of the Oaklyn Villas was an exploration in craftsmanship.

“I like working on historical buildings; I like to see them come back to life,” Spoletini said. “It was going to take a lot of organization [to complete].”

With studio and one-bedroom units going for $725 to $800 per month (including heat and hot water), the apartment qualifies as affordable housing even though its rents are market-rate, DePetro said. 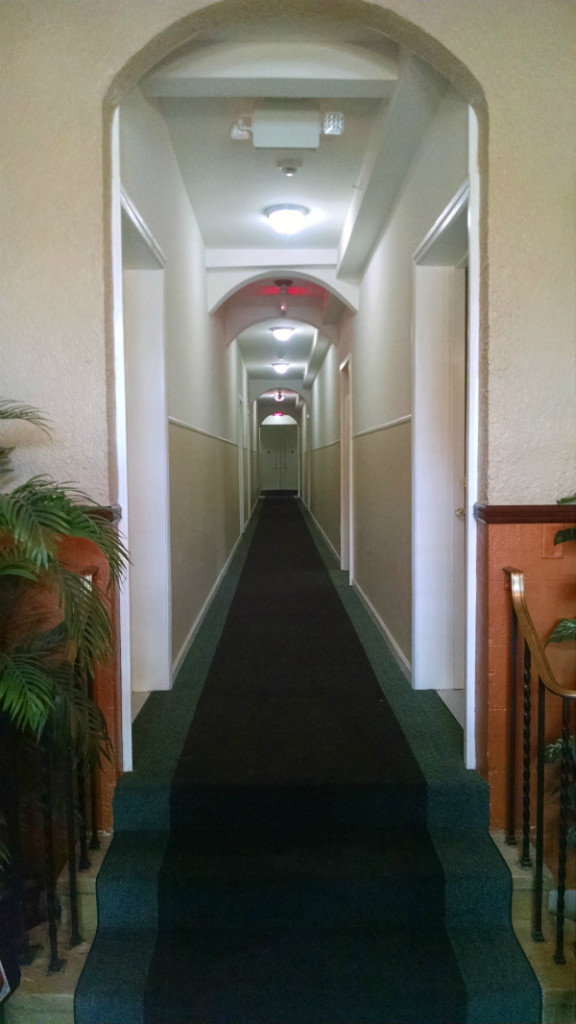 “I’ve created living space that goes way beyond what is perceived as affordable housing,” he said.

“The connotation of affordability somehow gets a negative spin, but affordable housing in this region is basically market-rate housing. It just so happens that according to HUD, that counts as affordable housing. If this building was up by me, [rents would be]$1,100 a month.”

Yet without assistance from the Camden County government and a PILOT agreement that will increase taxes 3 percent annually from their pre-improvement assessment for the next 25 years, the $1.6-million project wouldn’t be financially feasible at those rents, DePetro said.

His company was able to drive down costs by running the construction on an accelerated timeline, and with a tight-knit work crew. Now that the Villas are complete, the developer said he’s actively trying to find another adaptive reuse or restoration project in the region.

“What I like about it is that I’ve preserved a piece of history, of the town,” DePetro said.

“I enjoy just seeing the people that were able to get an apartment here, how happy they are, and how proud they are to say that they’ll be living in this beautifully restored building. If people live in an apartment that’s run down, people think, ‘What do I care? This place is a dump anyway.’ People [will] look after the property as if they own it.”

To complete the restoration, DePetro said he will work with the borough government to help his next-door neighbor at Oaklyn Liquors beautify their grounds with “more appropriate signage,” and an improved façade, parking lot, and sidewalk.

“If I went to this much effort, let’s carry the theme,” he said. “The mayor’s mandate was that this building had to be a keystone of the revitalization of the White Horse Pike, and I think we set an example for the rest of the community.”