Trending
You are at:Home»Business»Pending Legislation to Expand Reach of Craft Breweries in NJ

A trio of bills awaiting passage in the state legislature could greatly expand opportunities for the burgeoning craft beer industry, with tie-ins for tourism and local agribusiness. 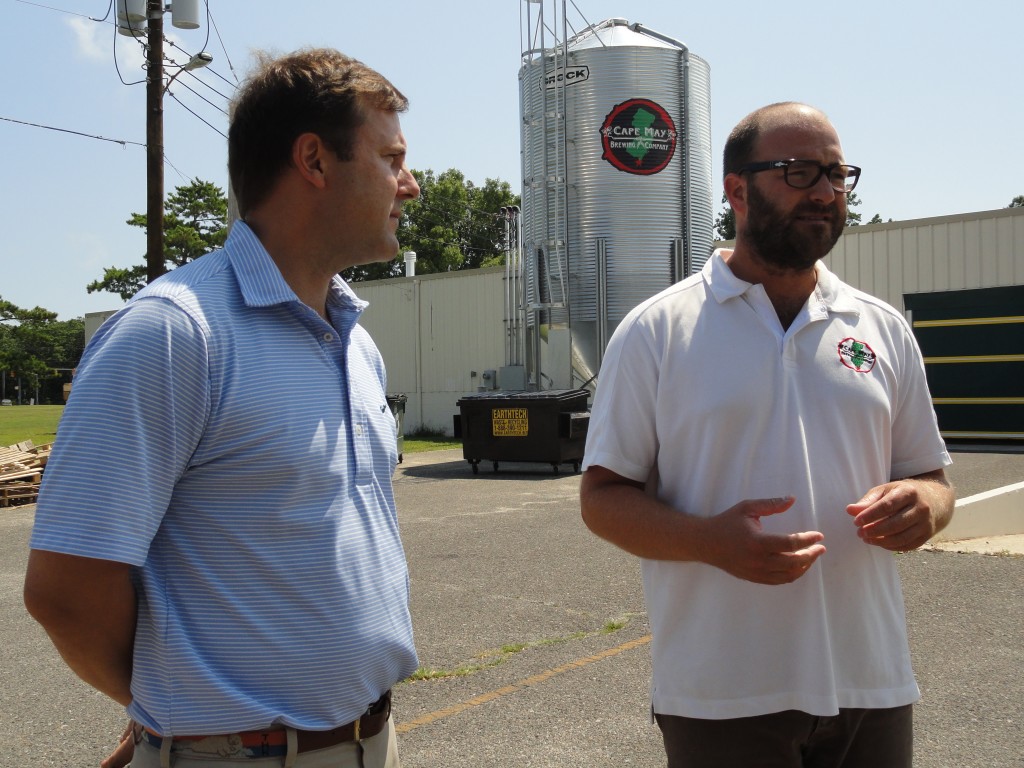 When Cape May Brewery opened four years ago, it was one of 11 production breweries in New Jersey, said co-founder Ryan Krill.

Krill, who also presides over the Garden State Craft Brewers Guild, remembers that in those days, the entire roster of craft brewery owners in the state “could all fit in a booth at a restaurant.”

In the years since, however, the New Jersey craft beer industry has become a three-quarters-of-a-billion-dollar industry, booming from 11 to 45 breweries, with another 20 awaiting approval for their state licensing.

That’s thanks mostly to 2012 legislation allowing small-batch brewers to add an onsite tasting room that “makes a business plan work” by giving them the chance to earn additional retail income, Krill said.

“Before that, you could come in, get some four-ounce samples, and the brewery would cross its fingers and hope you bought a t-shirt or a growler,” Krill said.

Now the industry is lobbying for another trio of bills that Krill said will help further modernize the craft beer business in New Jersey.

The first, S-2910, would let craft brewers sell their products at farmers markets in towns without a local prohibition on alcohol; the second, S-2911, formally allows customers to bring food into a brewery (while expressly forbidding the brewery from operating a restaurant). The third, S-2912, lets brew pubs sell as many as 1,000 barrels of their products off-premises and out of state at licensed retailers.

On Tuesday, New Jersey Senate Republican Leader Tom Kean, a primary sponsor of those bills, toured Cape May Brewery and chatted with Krill about his operation while the state legislature is in its summer recess. The senator said the pending legislation will allow the industry “to complete and expand what we’ve begun a few years back.”

“The original bills had strong bipartisan support,” he said, emphasizing the cross-aisle collaboration with then-state Senator Donald Norcross (D-NJ) in “helping us get it done the first time.” Kean said he expects that the new laws will have the same bipartisan support. 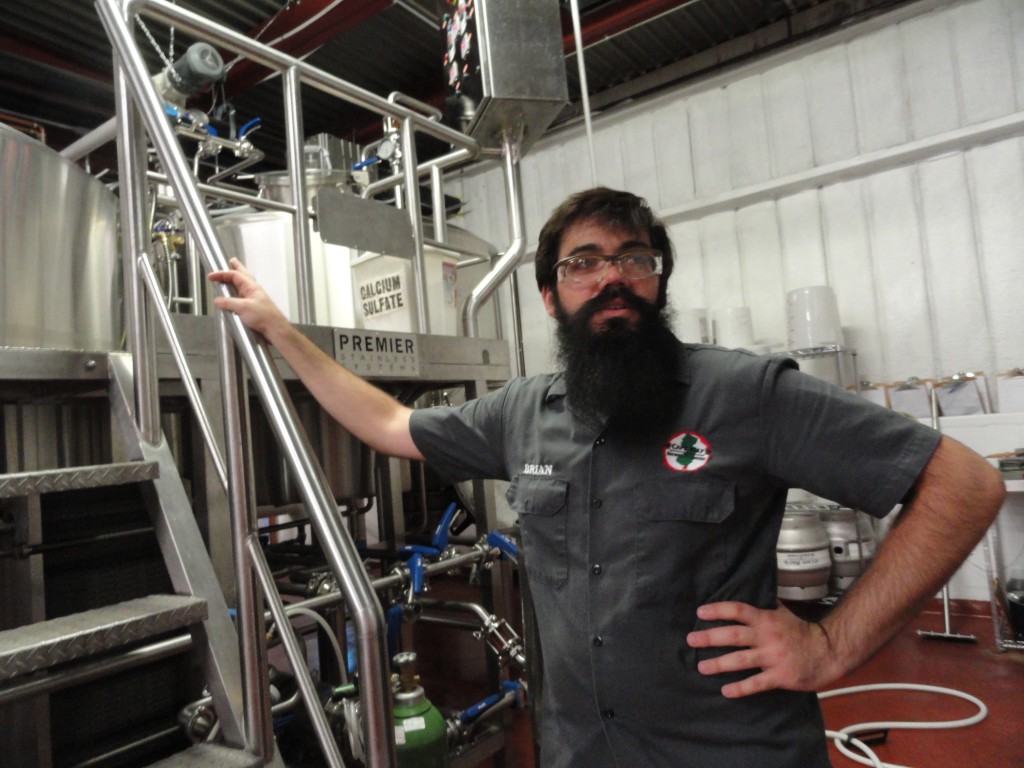 Craft beer represents significant economic opportunity in a state that Kean described as mired in the legacy of Prohibition. To build on the gains afforded by the 2012 laws requires extra effort, however, he said.

“We pushed it as far as we could,” Kean said. “These next three steps are the logical next steps.”

The first among them, S-2910, leverages the New Jersey farmers market boom to help locavores connect with craft beer among other Jersey Fresh products.

Although the language of the bill lets brewers offer samples of their products at farmers markets, Krill described its intention as driving “off-premises consumption.

“The spirit of the law is that you get some fresh beer to go, and you find out there’s a craft brewery around the corner,” he said. “You get your fresh local bread, you get a block of cheese, and you get your growler filled.”

The second bill, S-2911, clarifies language in the 2012 craft brewery laws about having food in tasting rooms. It does not, Krill said, allow a brewery to serve food or operate a restaurant; rather, it allows guests to bring in their own food when visiting the brewery. The conflict it resolves represents an odd hang-up, he said, particularly among out-of-state guests who come for brewery tours.

“Only in New Jersey do you need a bill passed to allow you to do something that you can already do,” Krill said. “Right now the law doesn’t say that you can or can’t bring food in. A lot of people who visit us come from out-of-state. Would we turn people away because they have a bag of chips in their pocket?

“You give up your rights to distribute beer forever and you don’t get them back,” he said.

Under the changes, however, businesses like Triumph or Iron Hill breweries can produce and distribute as many as 1,000 barrels off-premises. 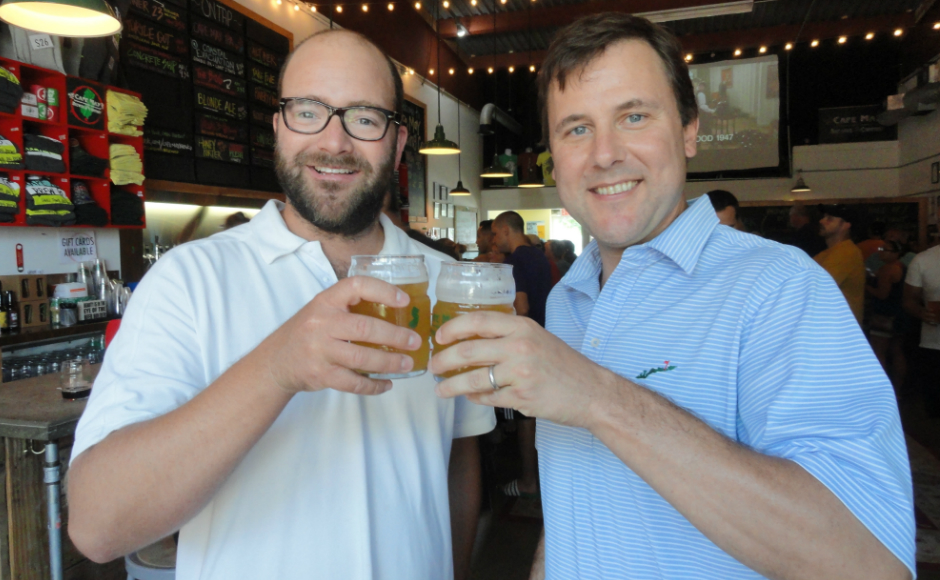 With the stronger footing provided in part by these laws, the craft beer industry also will be free to come into its own with local tourism the same way that the New Jersey wine industry has.

“What we’ve done for the wineries should have equal weight in this part of the economy,” he said. “There’s 20 applications for brew pubs from Hackensack to Cape May.”

Expanded tourism opportunities from craft beer-making also represent a necessary complement to the local economies in which they operate, said Cape May spokesperson Alicia Grasso.

“It’s so important to our area,” she said. “Fisheries, hospitality; they’re mostly seasonal operations. For us to have a company here that provides year-round employment for 37 employees with full healthcare and 401k’s, it’s a really big deal.” 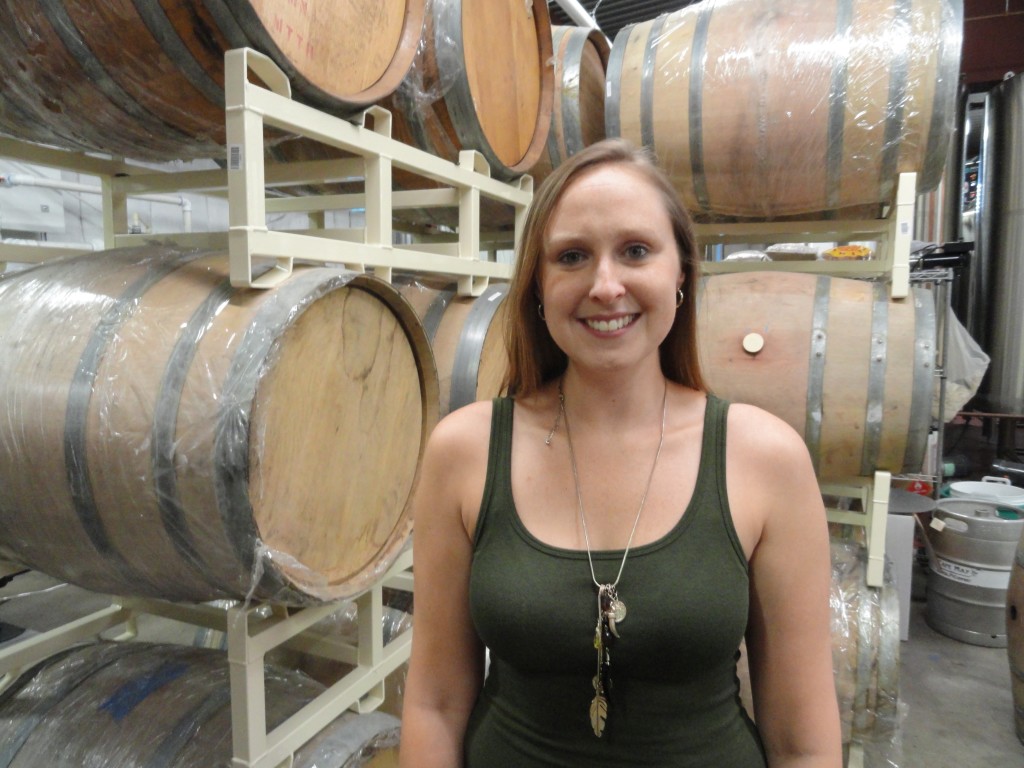 The bigger that the $777-million New Jersey craft beer industry gets, Kean said, the better chance the state has to export “the Jersey shore brand” as “a year-long experience for people who have such great memories of the region.”

That squares with the increased demand that Cape May Brewery Operations Manager Ashley Sundstrom has observed among her customer base.

“We self-distribute completely from here, as far up as LBI, across to Cherry Hill and down,” Sundstrom said.

“We’ve doubled our accounts in a year,” she said. “I think we’re reaching that level where it’s not going to be micro- anymore. I grew up in Cape May County and to see a brewery that’s budding, it’s definitely an accomplishment.”

“People’s tastes are changing,” Krill said. “They want to know where their beer is coming from. [A craft brewery is] the place where you get to go to the heart and soul of where these products are made.

“[Customers] get to talk to [brewers], and that’s a meaningful interaction versus a chain restaurant that has a million beers on tap,” he said.