Two brothers, both named Luis A. Torres, were arrested after police were tipped that one had received child pornography. 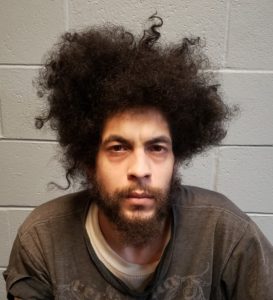 Luis A. Torres, 34, of Pennsauken, has been charged with possession of child pornography. Credit: CCPO.

Two Pennsauken men, brothers with identical names, have been charged by police in a pair of unrelated crimes after authorities raided their home last week.

On January 8, detectives entered a home in the 6300 block of Highland Avenue, pursuing a tip that 34-year-old Luis A. Torres had received child pornography.

When they entered the home, Torres’ 36-year-old brother of the same name allegedly “attempted to run while carrying a backpack,” according to the Camden County Prosecutor’s Office (CCPO).

Inside the backpack and the home, “detectives [allegedly]  discovered large amounts of heroin, drug paraphernalia, cash, and a safe,” the CCPO wrote.

On January 12, police returned after having obtained a search warrant for the safe, which they say contained fentanyl, a powerful opioid that can be 30 to 50 times as potent as heroin.

The thirty-six-year-old Torres was charged with:

He is being held at the Camden County Jail pending a detention hearing.

His brother, 34-year-old Luis A. Torres, was charged with one count of third-degree Possession of Child Pornography after the January 8 search allegedly revealed child pornography on his cell phone. He was processed at the Pennsauken Police Department, and released pending a court date.