In his 28-year career, the outgoing fire chief held various roles in municipal government, helped train hundreds of firefighters, and led the township fire service through a challenging reorganization. 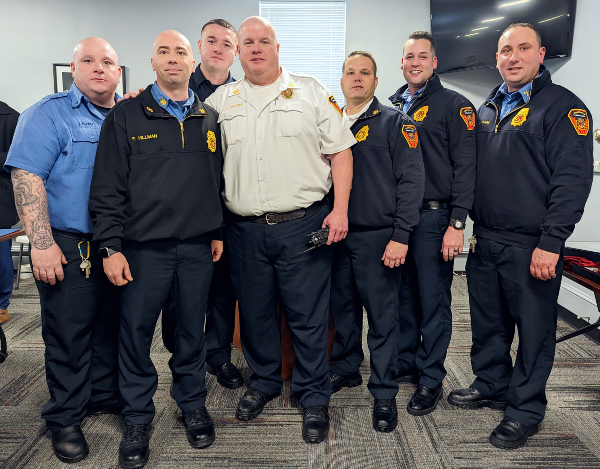 On a sunny Friday afternoon, Joseph Palumbo, Sr. walked out the doors of the Bloomfield Park fire station in Pennsauken for the last time as chief of the township fire service.

A lifelong township resident and 28-year veteran of the Pennsauken Fire Department, the outgoing chief leaves behind a legacy matched by few public servants.

Among the most significant achievements of his storied career, Palumbo, Sr. led the Pennsauken fire service through a restructuring process that consolidated its operations, renovated its infrastructure, and introduced a paid staff of career firefighters to complement its longstanding volunteer tradition.

During a two-year stretch of his 11-year career as Pennsauken Fire chief, Palumbo, Sr. also served as township administrator for 18 months, and subsequently, as its public safety director, for another six months.

On Friday, he became the first Pennsauken career firefighter to retire as chief of the department.

Few firefighters could have managed the politics and logistics of such a job, let alone improve departmental operations through doing do, Pennsauken Commiteeman Marco DiBattista said at a ceremony honoring the outgoing chief.

DiBattista praised Palumbo, Sr. for his work, describing his commitment to comprehensive firefighter training as “unmatched.”

Former Pennsauken Mayor Jack Killion described Palumbo, Sr.’s attention to detail as being so thorough as to keep track of every last sheet of toilet paper in the firehouse. As a joke, Killion punctuated his remarks by flipping Palumbo, Sr. a roll of bathroom tissue.

“I consider you part of our family,” Killion said. “You helped me out a lot as director of public safety; gave me an education in how things should run.

“I don’t think the town realized what kind of jewel they had here,” he said. “The town is better because of you.”

“He has sacrificed himself, and his family, for the betterment of others,” Tim Killion said. “Any time you asked him for anything, he said, ‘Consider it done.’

“This township is losing something really big today, and it’s going to take a lot to replace him,” Tim Killion said. 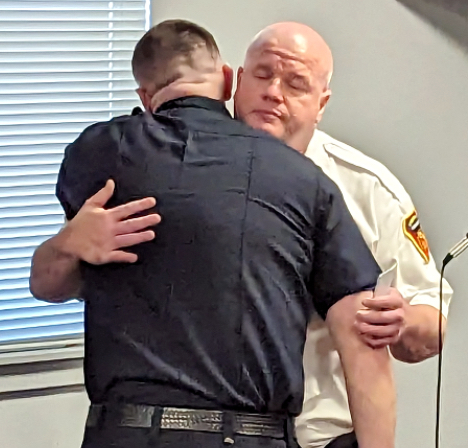 Palumbo, Sr. joined the Bloomfield Park fire company in Pennsauken as a volunteer firefighter in 1994 while also working as an EMT with the township First Aid Squad, and as a firefighter with the Atlantic City Airport Fire Department.

In September 2000, Palumbo, Sr. became a full-time Pennsauken firefighter, and joined the first staffed company in the department in March 2004.

He made lieutenant in November 2005, battalion chief in 2009, and in 2011, became the first career firefighter in the history of the township to serve as its chief.

His son, Joseph Palumbo, Jr., who is also a Pennsauken firefighter, remembered coming to the station from the earliest years of his childhood. He praised the chief, his father, for dedicating his “whole life to this fire department.

“True leaders put the men first and themselves last,” Palumbo, Jr. said. “That is what you have done.”

For his part, Palumbo, Sr. said he’d always wanted to be a firefighter, and appreciated the good fortune that allowed him to do the job in the neighborhood of his residence. Among all his experiences as a lifelong Pennsaukenite, Palumbo, Sr. described his work with the department as that of which he’s most proud.

“When you put on a Pennsauken Fire Department uniform, you walk in the footsteps of great people,” the chief said. “My expectations have been enormous, but none of you have ever wavered. 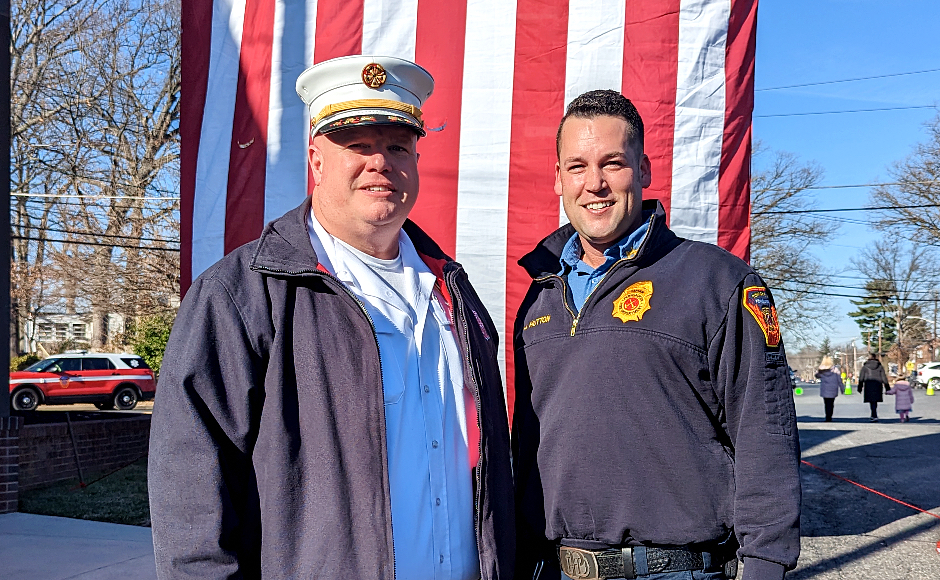 “I am in complete awe of everyone’s friendship to me; to my family,” Palumbo, Sr. said.

“It means more than you will ever know. I am completely humbled, and I thank you forever.”

“I was only able to be good at this because I had the strongest woman at home,” he said.

Finally, to his son, the outgoing chief said, “Joseph, you’re a better firefighter than I could ever hope to be, and that’s my legacy.”

Jonathan Hutton, who will succeed Palumbo, Sr. in his role as Pennsauken Fire Chief, said “there will never be enough words to describe the value in what Chief Palumbo has instilled in me.

“What we hold in the highest regard is the example you set in being a good husband, father, and a good person,” Hutton said.

“You’ve long ago cemented your place in the history of this fire department.”