The residential project is a first for Willingboro-based Delco Development, which specializes in hospitality. Ryan Homes will build 189 townhomes on half of the 34-acre property. 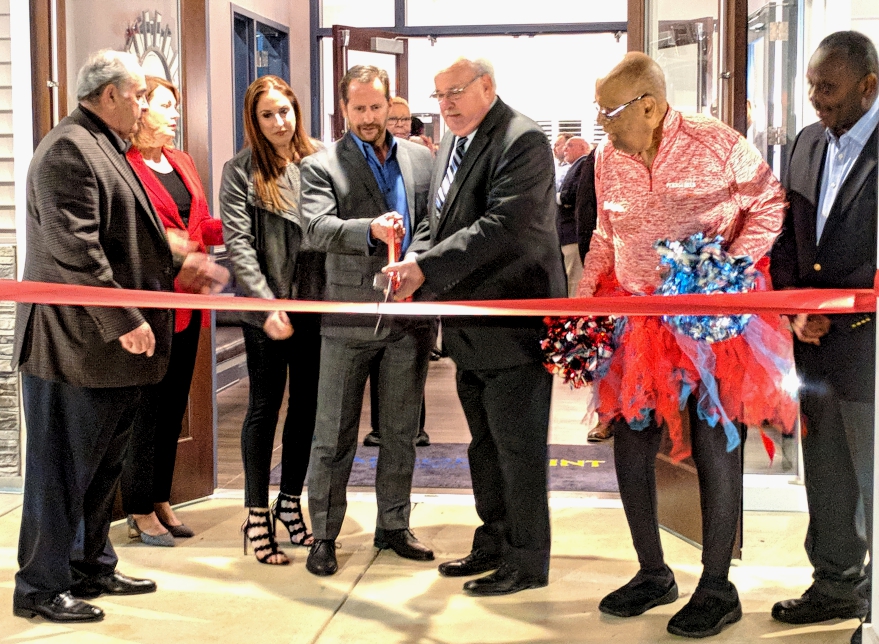 Famously, it was to have been a minor-league hockey arena; less so, a traditional neighborhood subdivision, or any of various mixes of townhomes and condominiums.

One by one, they all fell through.

“We had so many on-again, off-again projects, I said, ‘The day they cut the ribbon, I’m gonna wear a tutu and wave pompons,” Taylor said.

Eventually, the site was purchased by the Camden County Improvement Authority (CCIA), which later sold it to Delco Development for $6.2 million. The Willingboro-based developer also landed a 30-year PILOT (Payment In Lieu of Taxes) agreement to construct 240 one- and two-bedroom apartments on the site.

On Wednesday evening, Delco cut the ribbon on the project. In the bleak November chill, Taylor was there, sporting the festive red and blue of Pennsauken High School, cheering on the cameras like it was a pep rally.

“I believe I’m keeping my word,” the former mayor and longtime teacher said.

Less than half the project has already been completed since ground was broken on the property in June 2017, but it’s already been “the best job I’ve worked on in 25 years,” said Delco President Tom Juliano.

“We had a great construction schedule, great crew,” Juliano said. “Everybody wanted to make this happen.” 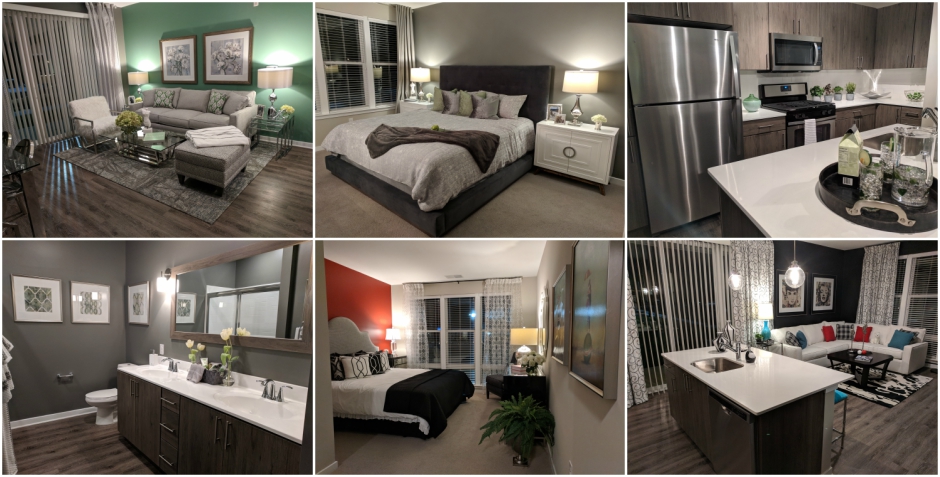 Each of the five buildings contains 24 apartments for a total of 120 units. Only one has opened; the second is expected to begin leasing at the end of December 2018.

Although Haddon Point was intended to attract single families and young professionals, Nina Beacher, Delco’s director of residential development, said the project is catching the eye of many downsizing empty-nesters.

“We have spacious floor plans, and our location is near three major highways, with an easy commute to the city and the Cherry Hill Mall,” Beacher said. 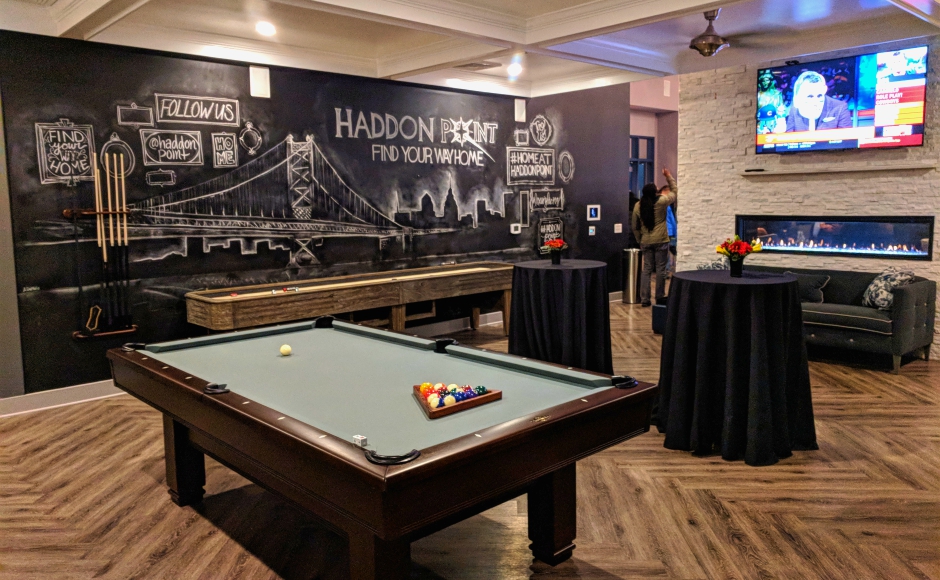 Central to the complex is a clubhouse with gym, game room, pool, and outdoor lounge area.

It also contains a 24-hour mailroom with video surveillance, a walking and bike path, and a planned dog park.

Virtual amenities at Haddon Point include a campus-wide Wi-Fi service, access to which is also included in the rent, and smartphone-controlled thermostat and locks. Buildings are accessed by keyfob, with call box cameras that show residents who’s outside before they answer.

Delco, which specializes in hospitality, is “looking to keep [Haddon Point] in its portfolio,” and will manage the residential property itself—a first for the family-owned company, Beacher said.

The new development “exceeded every expectation I had,” Taylor said. He cited its visibility from Route 73 and Haddonfield Road as making Haddon Point “a great entrance into our town.

“It’s been a long time coming, and it’s certainly worth the wait,” he said. 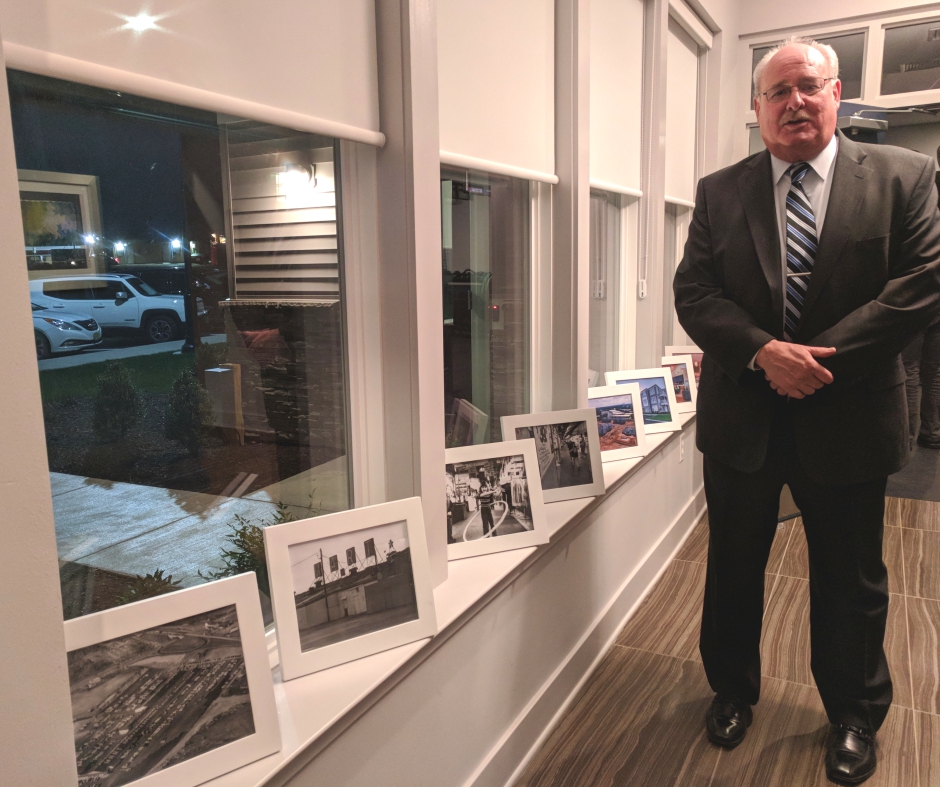 The mayor said Haddon Point adds to the diverse housing stock in Pennsauken, and will only enhance it further when a 17-acre subdivision of the property is carved out for Ryan Homes.

The developers plan to construct 189 mid-range ($250,000 ) townhomes to complement the Delco luxury apartments.

A portion of them will be set aside for affordable housing, Killion said.

“Even if half of this happens, it’s going to be a home run,” he said.