Trending
You are at:Home»Police & Fire»Pennsauken Police Seeking Shooter, Victim in May 3 Incident

The alleged shooting occurred at 5:18 a.m. at the corner of Pleasant Avenue and 49th Street. Authorities have identified neither a victim nor a shooter, but have images of a vehicle they say was used in the incident. 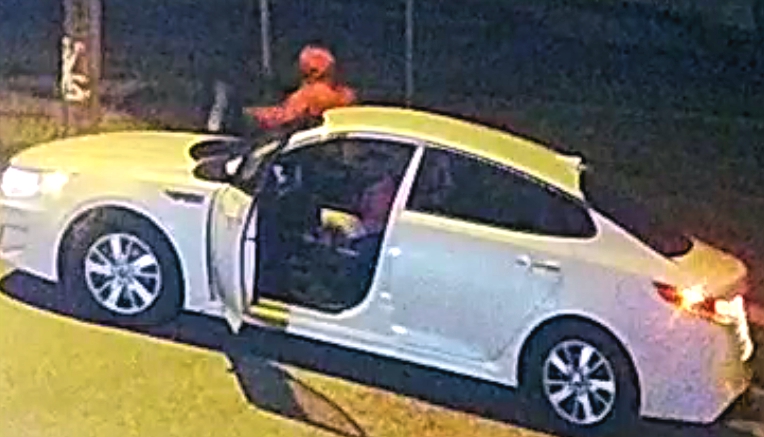 Surveillance photo of a vehicle and suspects sought in an alleged shooting in Pennsauken. Credit: CCPO.

Pennsauken Police are looking for help identifying both the victim and perpetrator of a shooting that allegedly happened in the early morning hours of May 3 in the township.

“Officers believe that a victim was struck by gunfire,” the Camden County Prosecutor’s Office (CCPO) said in a statement.

“However, one has yet to be located or identified.”

The CCPO does have photos of a car, possibly a late-model, white Kia Optima, and some people investigators think were involved in the alleged shooting, which happened around 5:18 a.m. Friday at the corner of Pleasant Avenue and 49th Street.

The investigation is ongoing and no arrests have been made yet.