Medicine finds itself at the intersection of sports and media, right in the spotlight of Philly fandom. 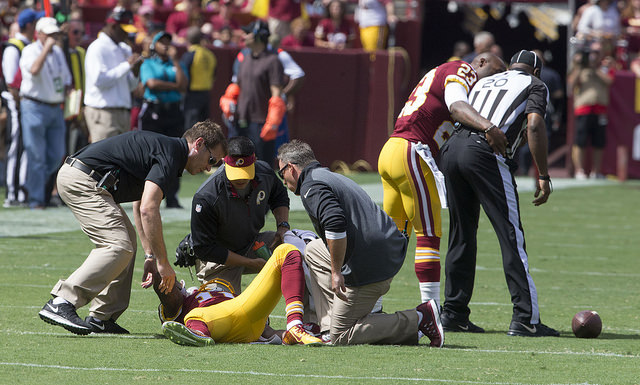 On any given Wednesday during football season, Dr. Christopher Dodson’s phone is likely to be blowing up with questions about sports injuries.

Often, text messages like, “How long does it take to come back from a high-ankle sprain?” come in from friends looking to set their fantasy football lineups, not from any of his patients.

When it comes to sports medicine, the awareness of the general public “is a lot higher” than it may have been even a few years ago, Dodson said. Interest in the health of individual athletes is no longer limited to coaches, bookies, and diehard fans. Questions about what keeps an athlete off the field of play, and for how long, aren’t just asked in locker rooms or doctor’s offices; they’re asked online, in print, and on live broadcasts.

Of those environmental factors that complicate the world of sports medicine, media is the biggest. The breadth of its influence on athletes from injury to recovery to performance, was the dominant theme at the Rothman Institute’s 2015 Impact of Sports Conference on Tuesday.

Dodson was one among a group of guests that included head team physicians from each of the four major professional sports franchises in Philadelphia, members of their front offices, and representatives from the athletic departments of the city’s Big Five colleges and universities. Co-presented by Sports Illustrated, the conference demonstrated, among other things, the pervasive demand of even the most casually curious sports fan to an unprecedented amount of information about the athletes he or she follows, right down to the details of their physical health. 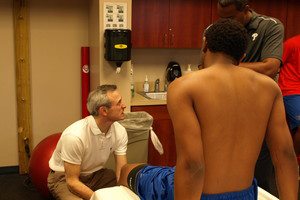 “An athlete, any celebrity, has an unwritten responsibility to their fan base,”said Philadelphia Phillies Head Team Physician and 76ers Consultant Dr. Michael Ciccotti.

“What they do, this activity saturates our lives. What happens to them is newsworthy. It’s on TV, it’s in print, it’s on the Internet.”

As a result, Ciccotti said, “psychosocial, sports-related factors” affect athletes’ recoveries in a very public way. From the perspectives of owners and coaches, a player’s health is about the management of a multi-million-dollar investment; to fans, it’s about rooting interests. But for the athletes, it’s the disposition of their bodies and the public dissemination of their personal medical information. Despite a federally guaranteed right to privacy, Ciccotti said, many patients often choose to provide that information just to satisfy the expectations of the public.

“It’s up to the patient how much they want their information disseminated,” Ciccotti said. “Most of the time, the player does want that information discussed. There is a thirst for the public to know.”

The pressure to return an athlete to the active-duty roster is significant for trainers and physicians. Although they rely on the best medical evidence when advising players (and fans) on recovery and rehabilitation timelines, sports docs must consider a variety of factors, and “rarely are they black and white,” Ciccotti said.

To limit their reliance on athletes self-reporting pain thresholds or answering “How do you feel?” questions, doctors are using holistic assessments in both training and rehabilitation that define “very specific return-to-play principles,” he said. Many of those assessments are predicated on understanding the “kinetic chain theory” of activity, or the flow of energy as it passes through different parts of the body in sequence. 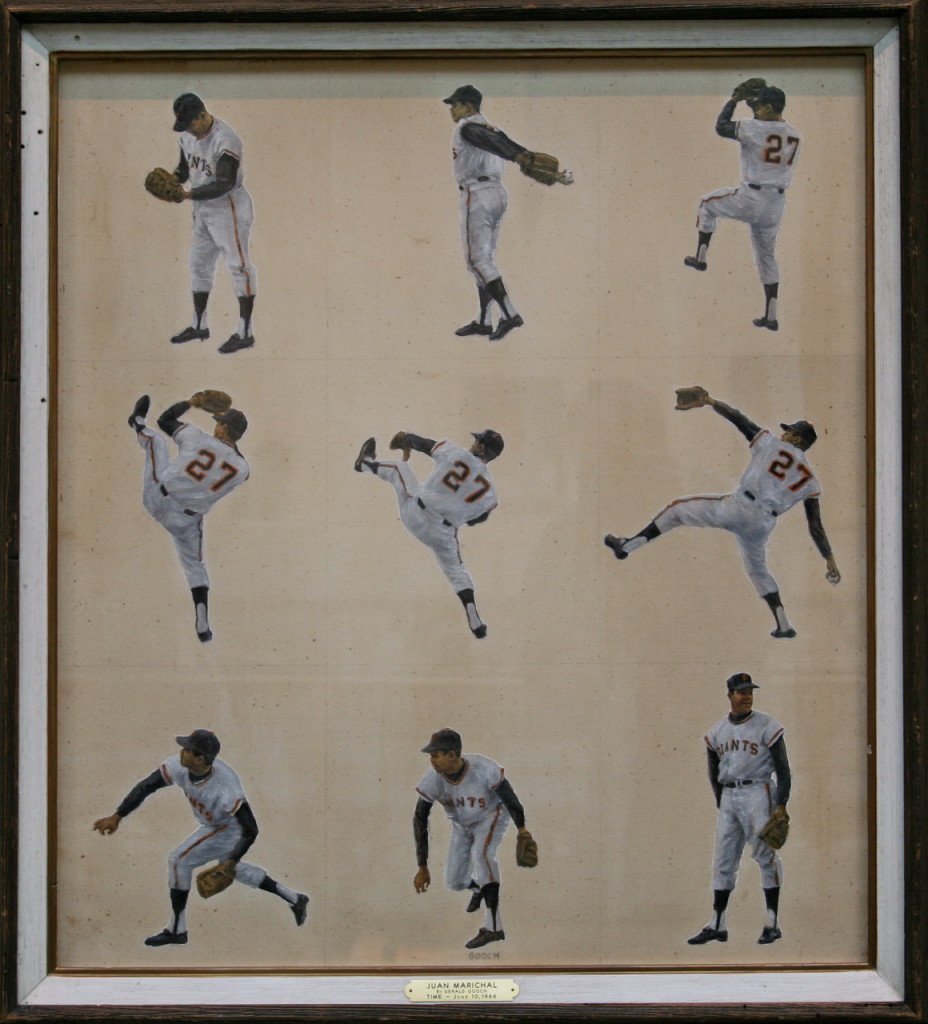 Ciccotti uses kinetic chain theory to explain how a pitcher derives maximum velocity from body mechanics: energy from the ground travels up through the legs to the core muscle group, then to the shoulder, elbow, and hand, and through into the ball.

Even if the pitcher has had Tommy John surgery to repair a ligament in his elbow, any breakdown of those other intermediate muscle groups throughout the “chain” can affect his delivery.

“If the kinetic chain isn’t appropriately rehabbed, they’re basically set up for another injury,” Ciccotti said. “There are a variety of ways of conditioning an athlete—speed, flexibility, endurance. If you train an athlete and you focus on just one of those areas, you’re not doing that athlete justice.”

Likewise, if an athlete recovering from Tommy John surgery can’t manage any of the seemingly unrelated rehab exercises of his non-injured body parts—a pattern of jogging, a strength test, a hop test, for example—that’s a “much more tangible” indicator that they aren’t ready to return to the field of play, he said.

Of course, most of sports boils down to simple Newtonian physics. Players who are, on average, bigger, faster, stronger, and better trained than their historic predecessors can injure one another—or themselves—more severely simply by creating more forceful collisions in the course of a game.

Athletes are powerful enough to hurt themselves even without hitting anything or being hit, Dodson said, citing the season-ending ACL injury that New England Patriots running back Dion Lewis sustained last weekend. As sportswriter Peter King put it during the discussion: “There’s just some injuries that you can’t do anything about in a high-speed, contact sport.” 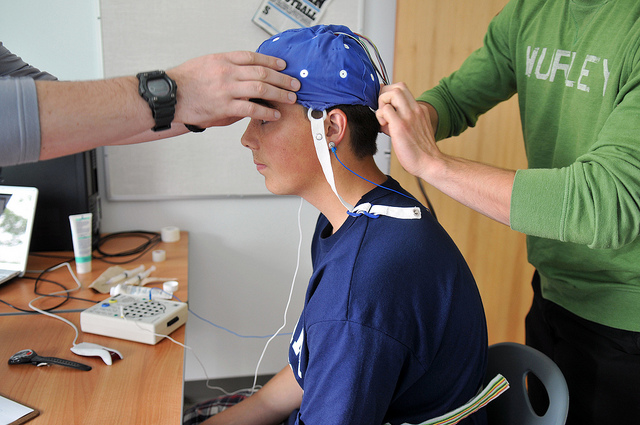 King was referring largely to the prevalence of concussions among professional football and hockey players.

Chronic head trauma is still a dominant narrative in the NFL—enough that King said he wouldn’t want his own children playing football—yet because many players have already sustained some kind of head trauma in the course of earning a professional contract, he believes the league will be motivated to address it at the amateur level first.

“What needs to happen if you really want to get a good handle on head trauma and concussion research—and they better do it in a hurry—is to create a brain trauma base around the country for athletes who want to go on and play at this high level,” King said.

“That is the next frontier at the big high schools around the country,” he said. “If your child has had three concussions by the time he’s reached high school and you don’t want him to play football, that’s a decision you need to make.”

The league and its players can’t escape some culpability in the discussion, however. King pointed to the St. Louis Rams’ recent signing of slot receiver Wes Welker, a player who has sustained six documented concussions at the NFL level, as an example of the contradictions at play when money and glory are on the table.

“Everyone in the free world is telling Wes Welker, ‘Don’t play, don’t play!’ and yet he’s had three physicians tell him, ‘You’re okay to play football,’” King said.

In the NHL, Dorshimer said concussion research has shown mostly that additional studies are needed to determine the outcome of brain injuries that manifest in myriad ways.

“Every lecture we’ve gone to about CTE (chronic traumatic encephalopathy) keeps us on guard, but every one ends with more research to be done,” he said. “We’re trying to be proactive about collecting the data because that’s what’s going to guide the research.”

Dorshimer agreed with King that capturing baseline data on the brains of youth players will help the future of concussion care “because the players don’t always want to tell us about things they had in the past.

“Maybe they didn’t know what they had in the past,” he said. “It’s very emotional when it gets into your head and heart.” 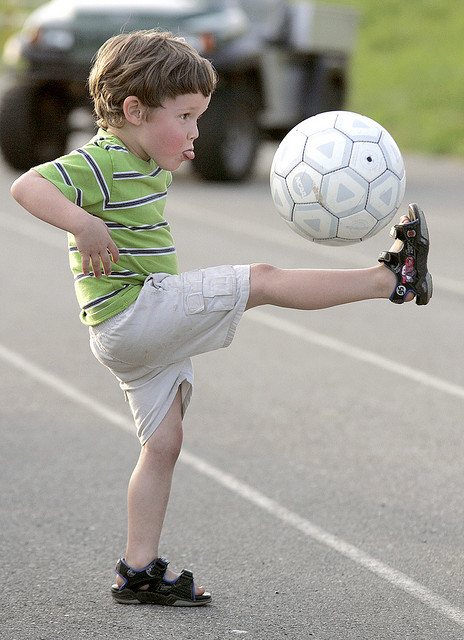 The psychological component of sports injury is another of those environmental factors that Ciccotti said complicates patient care, particularly among younger athletes.

He said he’s seen players who are “emotionally and physically burned out” by age 14, and described the entourages who crowd his waiting room as often being more emotional about their injuries than the patient is.

“I operated on a 13-year-old kid who had thrown too much and pulled a piece of bone off his elbow, and the first question from the parent was, ‘When do you think he can pitch again?’” he said.

The hazards of overworking a juvenile athlete may not even be felt during his or her youth career, but can nonetheless manifest later in life, Ciccotti said.

Part of that is due to early sports specialization, he said; “this feeling that you have to decide before that baby exits the womb what sport he’s going to be in.”

“It’s like a Ferrari whose tires are worn out,” Ciccotti said, citing CDC data on the 2 million U.S. high-school athletes and 3.5 million children aged 13 and younger who sustain sports-related injuries annually as evidence to support his point. Overusing the same muscle groups through repetitive and specific motion, especially to the neglect of the rest of the body, is a good recipe for injury.

“You need to learn to be athletic,” Dodson said. “Catch something, throw something, kick something; it’s not just one thing.” 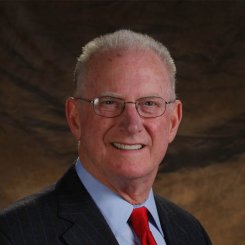 Competition is healthy, said Dr. Richard Rothman, the 78-year-old founder of the Rothman Institute, but it’s incumbent upon adults to set the appropriate tone with young athletes that success is measurable in various ways.

“We, as coaches, have to be involved with kids,” Rothman said. “We have performance centers that can really raise the level of performance, but [we should]remind them that it’s for fun. We’re not going to be mad if they’re not number one. Number two is okay, too.”

Rothman suggested that as much as parents should model appropriate behavior in the realm of athletics, they should be equally responsible for their own well-being, both physically and mentally.

“No matter how important your task is, the core of it, the nuclear engine, is you,” he said. You can accumulate power; you can be the richest man in Philadelphia. Your heart gives out, it’s over.”

“Weight control is probably as incurable as cancer,” he said. “Good health is based on becoming slender. You’ve just got to get rid of sugar, breads, cakes, sugary drinks, processed food.