Trending
You are at:Home»Business»Pizza, a Pivot, and Posting up at the Far End of Haddon Avenue

What does it take to build a destination business when you’re off the beaten path? In Collingswood, Amber Grain Bakery tries to root down a neighborhood district by cultivating a corner cafe vibe. 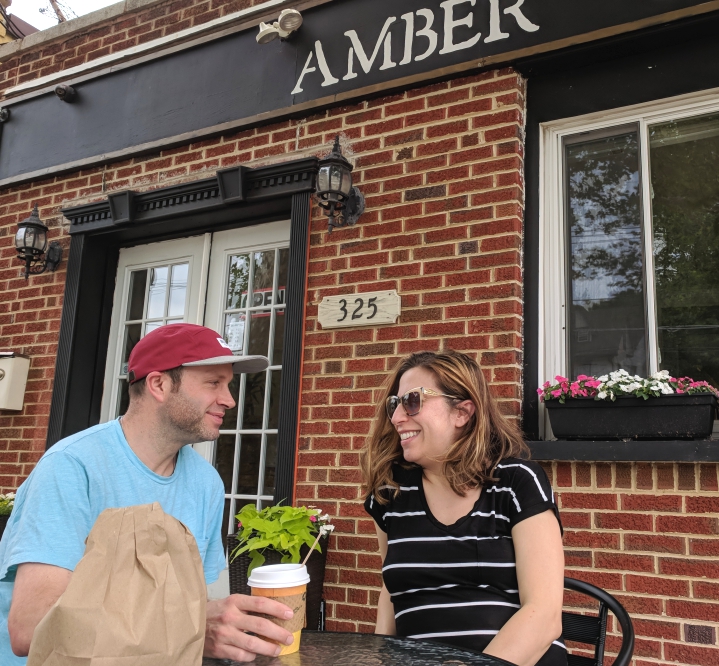 Freddy and Tara Hendrickson enjoy a cup of coffee at one of Amber Grain’s outdoor cafe tables. Credit: Matt Skoufalos.

Since opening up in the former Towie’s Deli storefront last year, Stephen Kramer’s vision for Amber Grain Bakery has been to build a neighborhood refuge.

He just doesn’t want it to feel quite as secluded as it has.

With amenities like Wi-Fi, al fresco seating, even an upright piano, Kramer thinks of the shop as “a place for people to commune.

“We have a nice shade tree, and a couple of chairs outside, and because it is on the end of town, it is a bit quieter,” he said.

Lingering under a flowering shade tree is a definite perk of a quiet sidewalk. The tradeoff, however, is a lack of foot traffic.

“There is commerce on this side of Collingswood,” Kramer insists. He’s just not expecting it to emanate from the central business district.

Separated from the heart of town by a stretch of residences, Amber Grain is too far removed to be discovered by strolling visitors. Its supporters are going to have to emerge from the surrounding neighborhood at Haddon Avenue and Browning Road.

So this week, the bakery began adding a Wednesday-to-Friday breakfast and lunch service (7 a.m. to 2 p.m.) to supplement its weekend hours (9 a.m. to 5 p.m.). 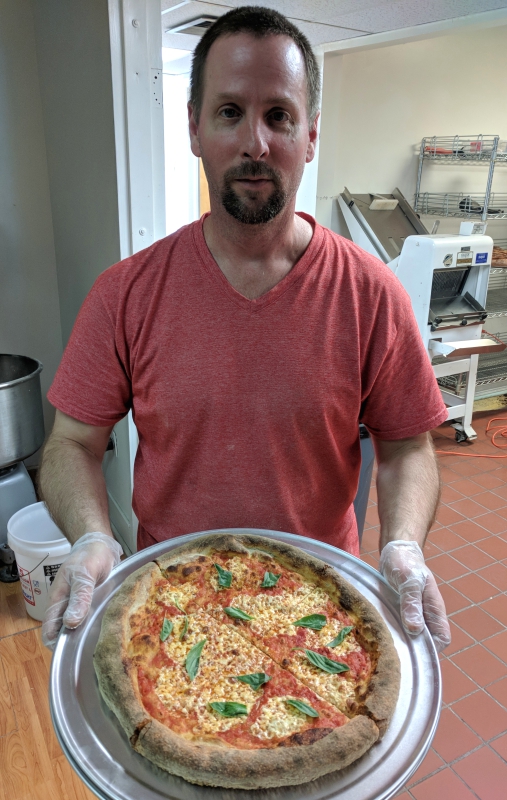 Those same ingredients form the basis for a caprese baguette.

He’s got another with roast beef and horseradish, lettuce, tomato, and provolone; one with roast turkey with mayo, lettuce, and tomato.

There’s tuna salad with sweet relish, one of his father’s recipes.

But to Kramer, all of this—the pizza, the bagels, the sandwiches—is just window dressing for his signature German breads.

He’ll be happiest when customers seek out the bakery principally for them.

“Part of this is our quest to introduce these breads so that people can come to know them and appreciate them,” he said.

“I understand everyone loves pizza, and everyone loves bagels, but there’s a tremendous amount of art, science, and technique that’s involved with the ryes and the sourdoughs that really make them special,” Kramer said.

“You can’t get these anywhere else.”

When you’re separated from the density at the core of town, building a destination business is your only move. But even at the edges of the borough business district, there’s precedents for success, said Collingswood Community Development Coordinator Cassandra Duffey.

To wit: on the west side of town, Joey Baldino’s Zeppoli is a perennial James Beard nominee; across the street, the former Inde Blue restaurant was quickly snapped up after closing, and will reopen as Porch and Proper this summer.

“The heart of the downtown will always be Haddon and Collings, but there’s a lot of excellent business on the periphery,” Duffey said. “Sometimes you get people with a lot of traction, and they all build on each other.

“Amber Grain has been a standout [at Haddon and Browning], and they could be an anchor in that area,” she said. Chef Joey Baldino (center) has developed Zeppoli into a linchpin of the Collingswood dining scene despite being removed from the heart of its business district. Credit: Matt Skoufalos.

There’s interest in generating office spaces at the outskirts of the borough business district, which Duffey said could add lunch traffic.

Horizon goals of relocating the Collingswood police, fire, and public works departments into new facilities would also free up the center of town for more parking and office space.

Adding density is a long-term goal for the borough because “the people that eat and shop during their lunches are working here,” Duffey said.

But she also believes that business owners have to do their share of the work of getting customers into their shops and restaurants.

“What businesses can do is take advantage of the things that the BID [business improvement district]  has. They are already paying for those things.” 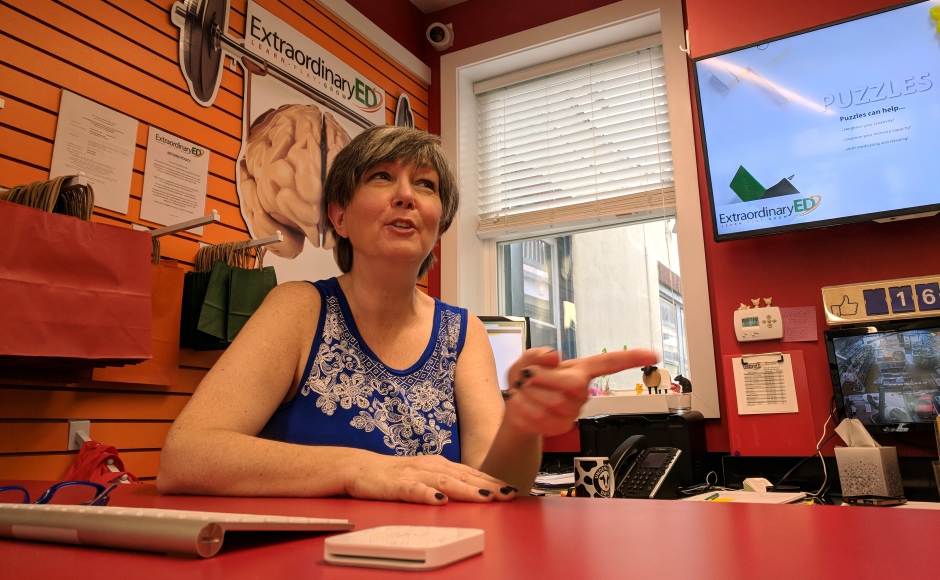 During the summer slowdown, those opportunities include promotions like the summer mummers concert series, classic car cruise nights, a farm-to-fork restaurant week, and Market Night, an efficiency event that makes use of the overnight closure of Haddon Avenue for the August craft fair.

“That is a night that went from a closed avenue to a night with hundreds of people,” Duffey said.

“It was a great turnaround.”

Contriving ways to connect community shops and restaurants isn’t only the province of the BID, however. Some of its members are working independently on cross-platform promotions to help sustain interest in the local shops.

Business Builders, a Collingswood-centric networking group hosted out of ExtraordinaryED, has offered bimonthly professional development meetings for the past two years. Henry Van Nostrand said topics have ranged from finance, to marketing, to digital rights issues.

“We’re an education company,” Van Nostrand said. “This is our way of giving back to the Collingswood community in a way that helps the businesses maintain and grow a viable Haddon Ave.

“I think the word for Collingswood is ‘community,’ and we want to build that community feeling on the avenue,” she said. “It’s a great town. We want to see it flourish.”

As Duffey also points out, it can take some time to get the mix right.

“Business owners are probably as busy as a new mother, but the kid never grows up,” she said. “And I don’t think everybody can be good at everything. It takes a while to find that correct groove.”