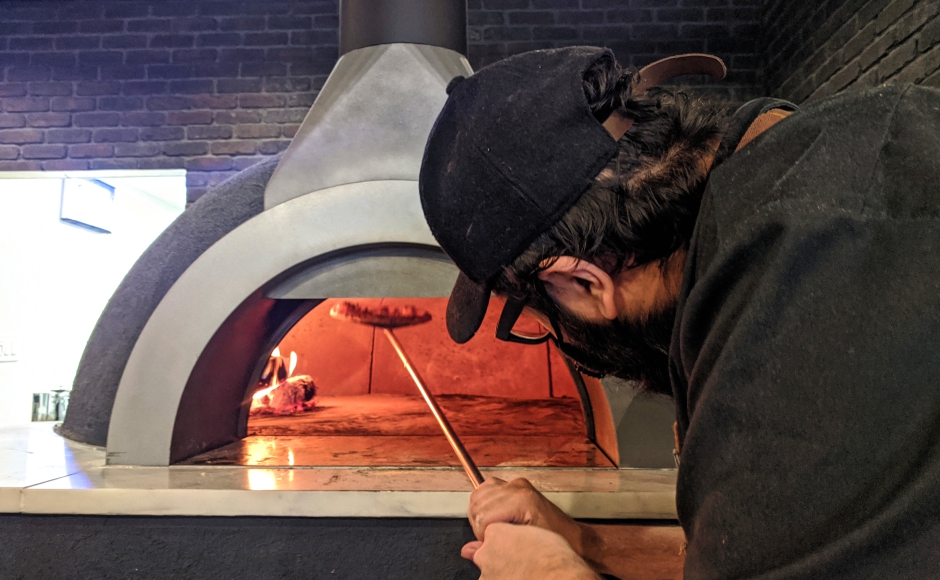 Despite losing Angelo’s to South Philadelphia and Villa Rosa after 32 years, Haddonfield has no shortage of local pizzerias.

But until Arnab Maitra opens the doors at Pizza Crimine on Saturday, none of them has a wood-fired oven.

Maitra has spent the past five months renovating the storefront at 139 King’s Highway East, the former Le Cafe Creperie, which his father closed in February.

Some of its Parisian-themed décor, including globe lighting fixtures and white subway tiles, has been repurposed in Pizza Crimine. They’re offset by a Cararra marble dining ledge, a metal-and-glass kitchen partition, and the gleaming, steel exhaust hood that protrudes from a Forza Forni Joy oven.

The oven is the centerpiece of the room, a sleek, black dome that was shipped over from Italy and assembled within the walls of the restaurant itself. It’s fed by the firewood that gives Maitra’s dishes their charred flavor and leads customers in by their noses.

It’s also a big step up from the tabletop oven with which he built up the appetite for his pizzas at local farmers markets.

“As much as I enjoyed having the propane tank and being mobile, it doesn’t beat the aroma of a wood-fired oven,” Maitra said. “Nothing beats that.”

Cold starters include an antipasti platter as well as an endive and arugula salad topped with shaved apples, mostarda, and pistachio, with a dollop of house-made gorgonzola crema tucked underneath.

For dessert, Maitra is working on a fried dough that he says is “more like a churro than a zeppoli,” dusted in cinnamon sugar with orange zest, and dipped in dulce de leche.

But he knows people are really waiting for his wood-fired, Neopolitan-style pizza. Pizza Crimine will offer classic recipes like margherita and marinara pizzas alongside a roster of specialty pies. 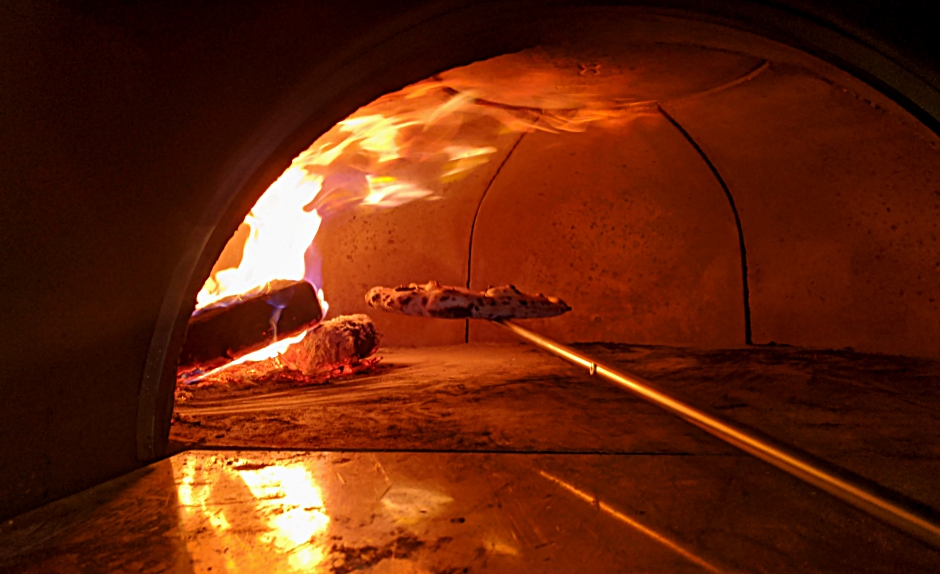 Although Pizza Crimine will open with outdoor seating for 25 to 30 patrons, its inaugural menu is designed to be “takeout-friendly,” and includes make-at-home pizza kits, Maitra said.

Maitra won’t be able to offer everything he wants—weekly specials, cooking classes, guest chefs—until indoor dining resumes. There’s a showcase element to the room that puts the pizza-making process at its center, and that energy is meant to be communicated to guests.

“I want it to be fast-paced, lively; and once we have people sitting in, they get to watch us make the pies,” Maitra said. “I want people to listen to good music, have some pizza, have a fun experience.”

His fellow Vetri pizzaiolo Matt Arcomone, who consulted on the menu, wants the restaurant to be “a reason to not go over the bridge” to Philadelphia, especially when paired with the beer garden at King’s Road Brewing next door. 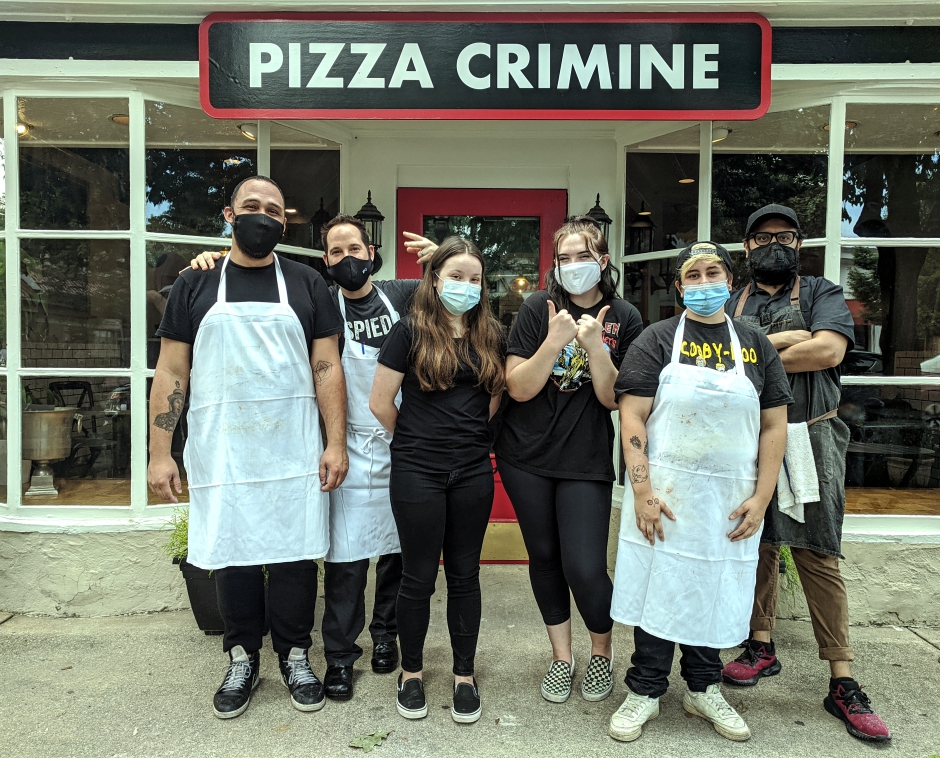 Even as he’s still hiring kitchen staff, Maitra said he can’t wait until the restaurant gets humming.

Neither can a few persistent neighbors, who pop their heads in daily to ask if it’s ready yet.

“I just want to be able to stand across the street, and see the restaurant full and functioning, looking at my staff having a good time doing what they’re doing.”

Pizza Crimine is located at 139 King’s Highway East in Haddonfield. Its first pies will be served up August 29. Current “pandemic hours” are 3 to 9 p.m. Tuesday through Thursday, until 10 p.m. Friday and Saturday, and until 8 p.m. Sunday. For more information, call 609-749-6000 or visit them on Instagram or Facebook.