Cherry Hill resident Taalib Eaddy is the first franchisee of the Modesto, California-based pizza chain, which specializes in food prepared without animal-based products. 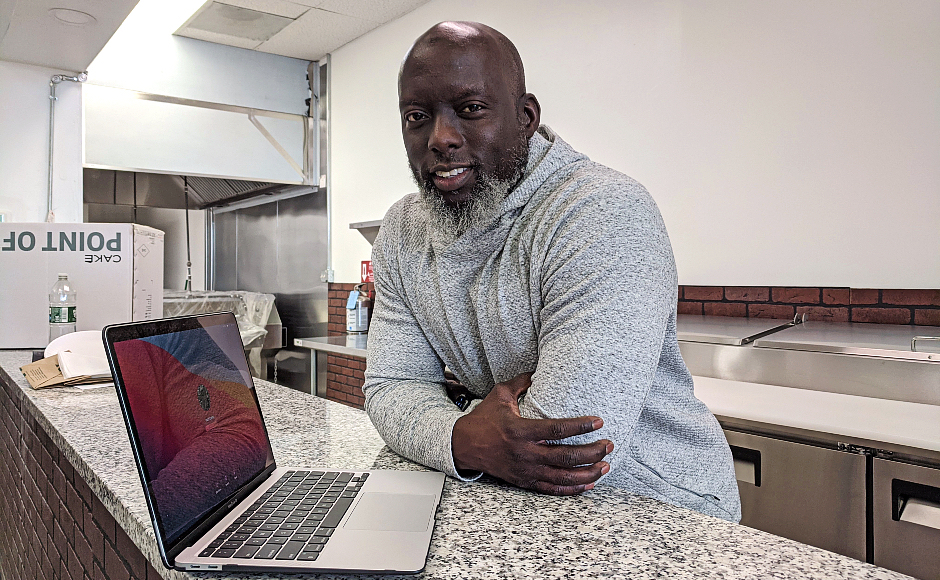 When Taalib Eaddy went to California some 20 years ago, it was as the manager of Major Figgas, a Philadelphia hip-hop group that was signed to a subsidiary of Warner Bros.

Although the group enjoyed success for a brief time, Eaddy remained out west long enough to develop an appreciation for the kinds of health-conscious food that flourish there.

Through a mutual friend, he was introduced to Sambit Duttaroy, the chef behind Pizzeria Halt of Modesto, California.

Duttaroy’s lactose intolerance had driven him to create a restaurant that could offer customers a healthier pizza option without animal-based ingredients. Its name—Halt—stands for “healthy alternative,” of which Duttaroy believed fast-casual diners could use more.

Eaddy, a Cherry Hill resident, will open the brand’s first franchise in Ellisburg Circle this week.

“Everybody loves pizza,” Eaddy said. “Even people you know who are dedicated to their workouts love pizza.

Instead of mozzarella, pizzas are topped with coconut-based cheese alternative. For customers with gluten intolerance, the shop will offer almond-based and cauliflower-based crusts as well as a traditional-dough recipe that’s proofed for 24 hours. 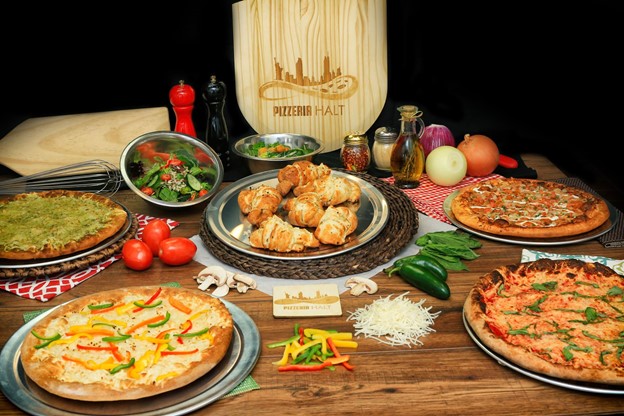 Sauces are made in-house from fresh ingredients, and Eaddy said he’ll source fresh vegetables and herbs from local purveyors.

Pizzas are cooked on a brick conveyor oven designed to create complex flavors without sacrificing speed of production.

The storefront itself can support 30 to 40 diners; during warmer weather, Eaddy plans to offer al fresco dining. Delivery options will be provided by third-party services like Uber Eats.

“If the neighborhood demands it, we’ll get with a driver as well,” he said.

For Eaddy, who describes himself as a foodie, one of the most important aspects of the customer experience is hospitality. He wants staff to deliver on that promise with every order, and notes that there are positions available with its kitchen and front-of-house crews as well. 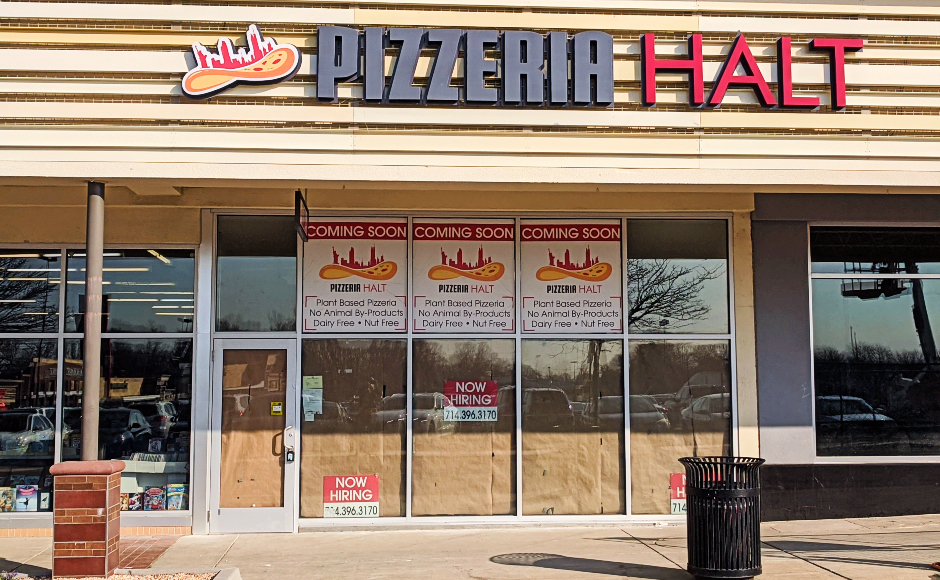 And if Pizzeria Halt takes off on the East Coast? Eaddy hopes not only to expand to multiple locations, but to join its board of directors and help grow the brand.

“There’s a million restaurants,” he said.

“What’s going to make [you] keep coming back here?

“We’re going to give people great hospitality,” he said.

“We want to serve great food with a great smile.”

Pizzeria Halt is located in the Ellisburg Circle Shopping Center at 1596 Kings Highway in Cherry Hill. The shop will host a soft opening Monday and Tuesday, December 27 and 28, from 3 to 8 p.m., and will feature expanded hours seven days a week once it opens for good in January.