After years of neglect and several false starts, the historic Westmont Theater has new life as a low-cost fitness facility. 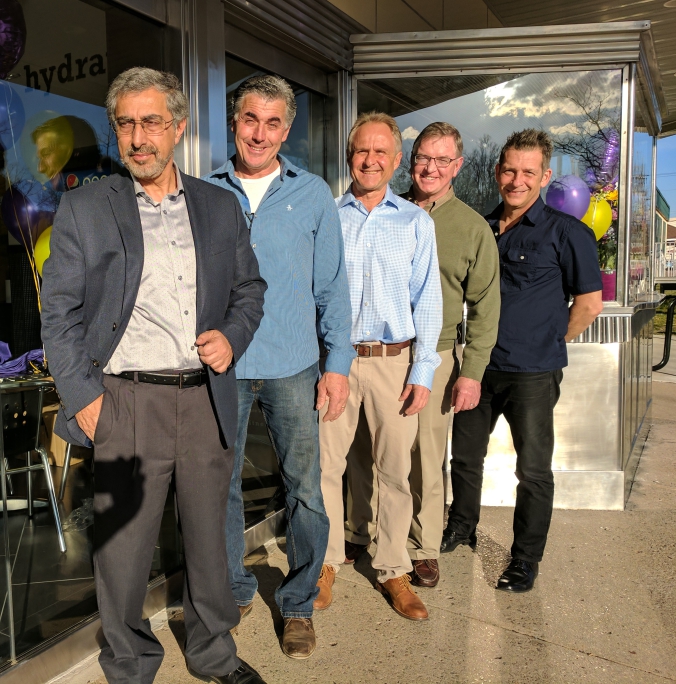 It’s been more than a generation since the once-shuttered Westmont Theatre opened its doors to the public.

Now that the building has found new life as a Planet Fitness 24-hour gym, it may never close them again.

Once an albatross on Haddon Avenue, the project struggled to find investors to take on the challenge of restoring its long-faded glory.

Local residents, government, and businesspeople battled to keep the historic building open as a theater.

Yet it wasn’t until developers Peter Lazaropoulos and Henry Gorenstein finalized a plan to address its myriad environmental and architectural needs—and their company, Lazgor, LLC, was granted a quarter-million-dollar PILOT agreement that the Westmont was able to re-open.

Haddon Township Mayor Randy Teague was nostalgic about the transformation.

“Walking and driving by and seeing Westmont in the marquee—it’s been 30 years since that was lit,” Teague said. “They did a phenomenal job. We think it’s going to be a great asset.”

Teague described the project as a public-private partnership that reactivated the theater site while eliminating $250,000 in debt service that the township had been repaying the Camden County government under a 1998 lease-buyback agreement.

“We were able to save the building and let private money invest [in it],” Teague said. “The town will be getting money, which we hadn’t gotten in 20 years. Now we need to talk about how to capitalize on the additional people.” 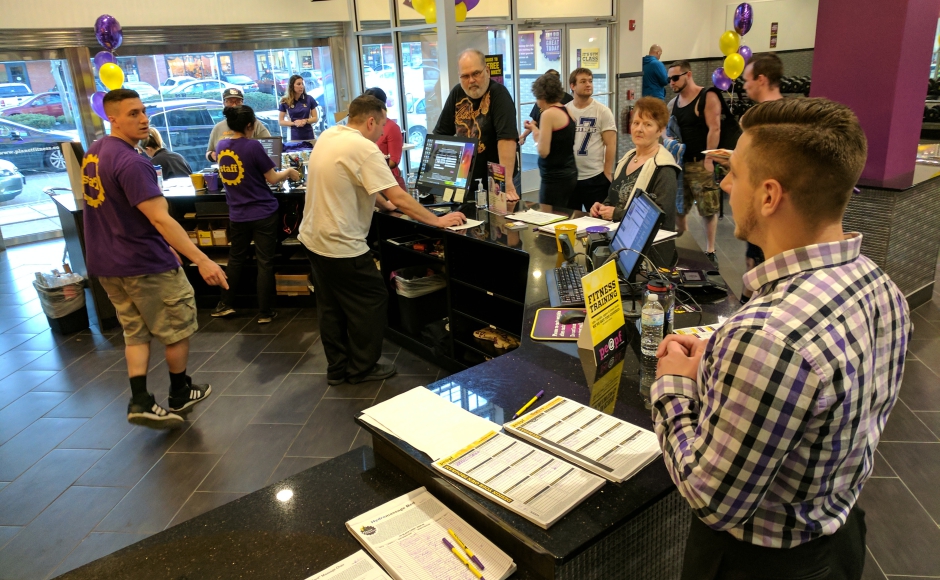 Merlo, whose territory covers 13 of the 45 Planet Fitness locations in New Jersey, said the Westmont Theatre site is among the best of the company’s facilities he’s seen across the country.

Owner Bill Fiddler of New Hampshire has a 10-year lease on the Haddon Avenue gym, with two subsequent, 5-year options.

The gym is built around creating “a comfortable environment for everyone to work out in,” Merlo said. He cited its $10 monthly rate as affordable to a broad section of customers; the $20 per month “Black Card” membership package offers access to amenities like a hydrotherapy spa bed, red light therapy chamber, massage chairs, and more. 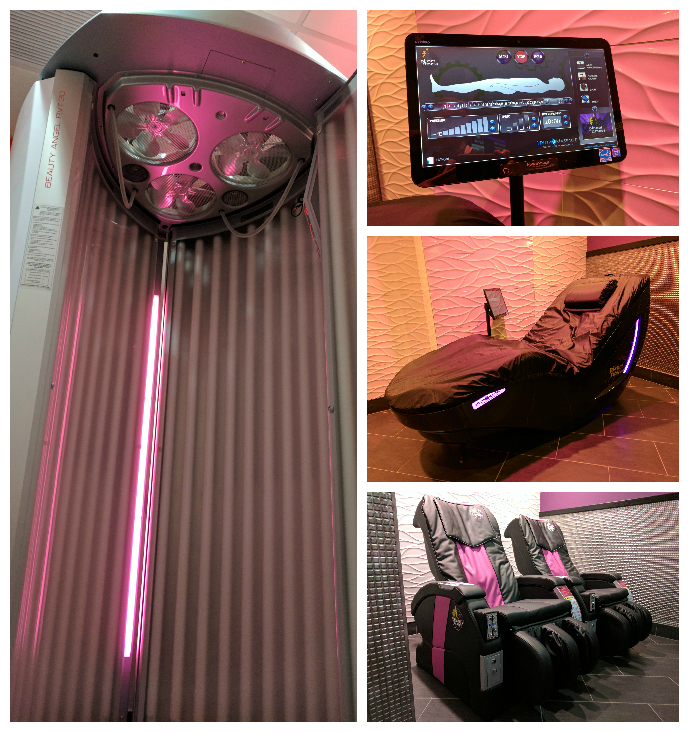 “We cater to everybody,” Merlo said.

At the grand opening celebration, Gorenstein said it felt overwhelming to see the facility in use as a fitness center.

New customers were stopping to enroll at the front desk while regular members checked in.

Opposed by an endless bank of televisions feeds above the treadmills and stationary bikes, bright slogans on the wall declared “judgment-free zone” and “you belong.”

A blue “lunk alert” siren screamed every few minutes when a careless patron would toss or drop a weight.

In the midst of it all, Gorenstein smoothed his hair and grinned.

“I don’t even know how to describe my emotions right now,” he said. “Without people, [the building]has nothing. It looks great, but it has no life.”

“When we were done, there were four walls and a building with many holes in the roof,” Gorenstein said. He invited guests to “be happy” and “enjoy” the transformation with him. 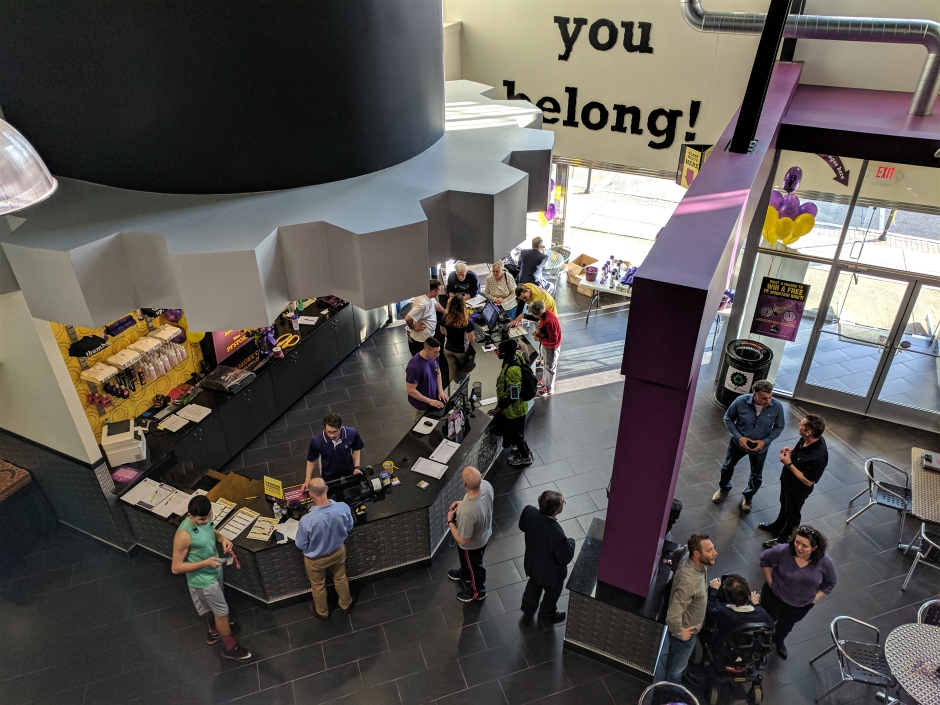 On the second-floor balcony, Lazaropoulos surveyed the activity below and concluded, “it was worth it.

“Even though you’re sweaty and tired, you have a good sense of satisfaction,” the architect said.

“Anything good in life has that feeling.”

Lazaropoulos pointed to the Palladian windows, which had to be reconstructed by hand, as the largest of the historic preservation efforts on the project.

Their historic character notwithstanding, the windows also face south, allowing a lot of natural light. Stepping back the second-story mezzanine with a tempered-glass guardrail allows that light to illuminate the 50-foot atrium at the building entrance while providing unobstructed views of the foyer below, Lazaropoulos said. 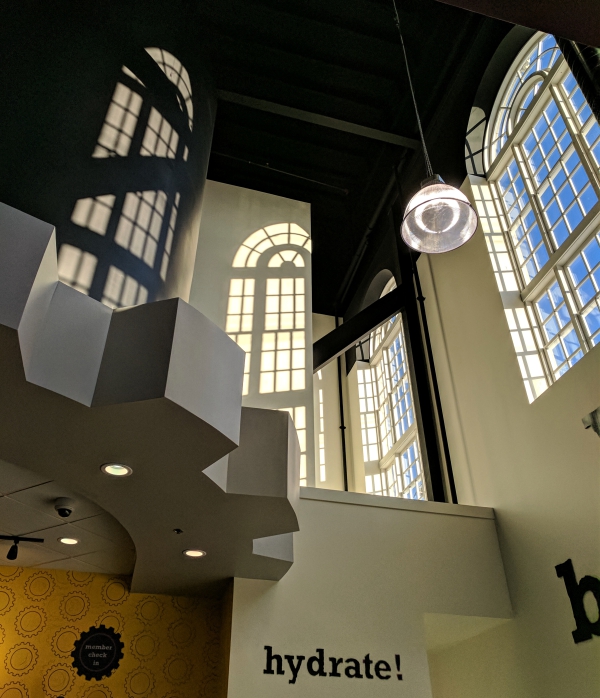 He also included architectural details corresponding with the Planet Fitness corporate motif, like a gear-shaped canopy above the front desk and black and purple support beams.

“We wanted to make sure the building was safe and good-looking, and we’re proud,” Lazaropoulos said.

Even though it’s no longer operating as an arts space, he said the rehab efforts offer “a metamorphosis of the theater into a 21st-century social event”—a take that Teague said the township is hoping to leverage with additional community programming.

The mayor said the vacant, grass lot adjacent to the theater will become an open public space to host pop-up activities throughout the year. He cited strong a public response to the Haddon Township Music Festival events as justification for additional community programming, including a Summer Solstice Festival planned for Wednesday, June 21.

“This is where we can have a public activity and not have to close the road,” he said.

Additionally, Teague pointed to a new plan in the works to add an additional 150 metered street spaces on Haddon Avenue to address a parking situation that he termed “a growing need.” 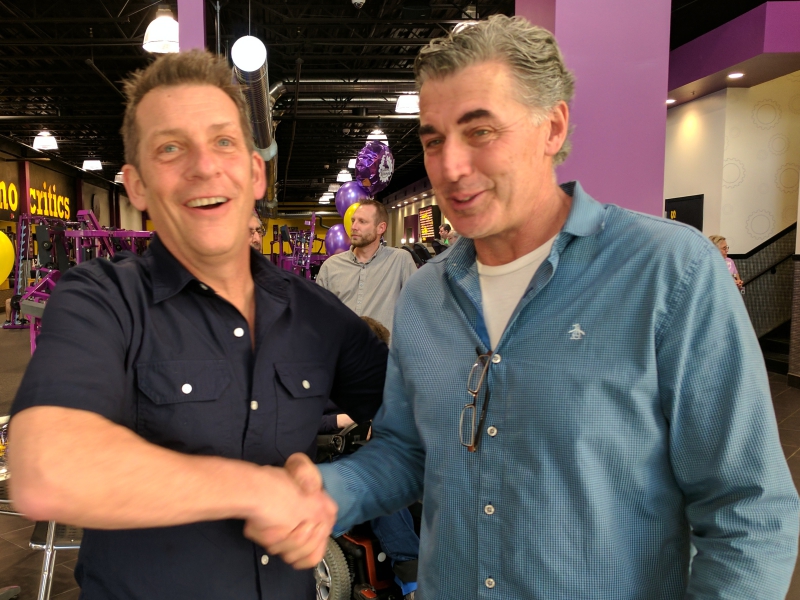 In 1999, when the original economic redevelopment committee was convened, the district had an 80-percent vacancy rate, Kelly said; today, it’s 95 percent occupied.

To him, seeing the redevelopment project completed is a watershed moment for community morale. 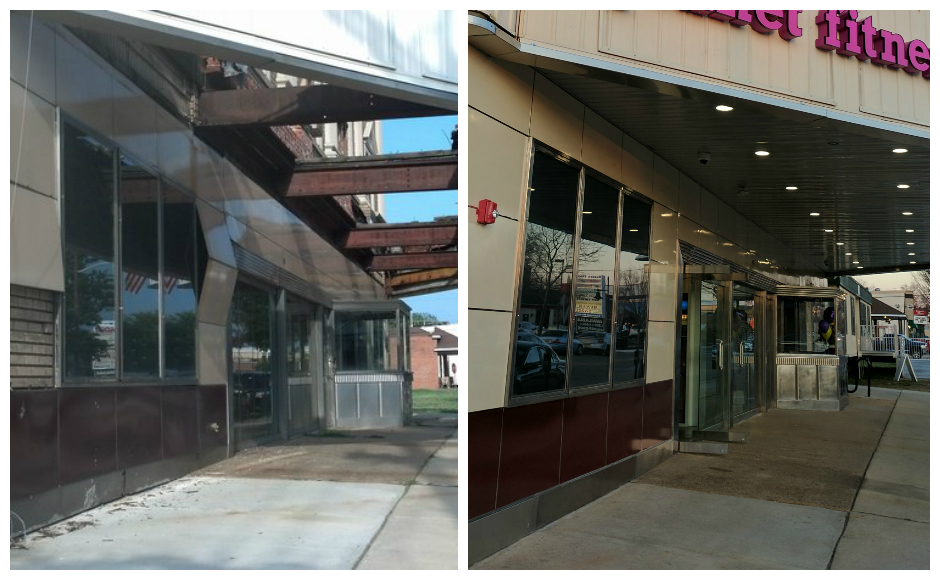 Before and after: the Westmont Theatre awning in 2014 (left) and 2017. Credit: Matt Skoufalos.

“Now everybody in town has a different attitude,” he said.

“People are building confidence in our town that we can do it, too. It’s been this snowballing attitude. Things that we call possibilities are changing.”

Kelly said completing the theater project will allow the BID to focus on new agenda items, including streetscape improvements at the edge of its parking lot.

The attraction of the building is causing motorists to slow down and peek inside, and bringing more pedestrian traffic to Haddon Avenue, he said. That added interest has reinvigorated other storefronts, as they work to catch the eyes of those additional customers.

“All the business owners were waiting for it to open,” Kelly said. “Owners replaced their signs and awnings. We had a long time of it feeling bad, and people didn’t realize the effect it had on us.”