Police describe an elaborate plot to lure and abduct Curtis Jenkins, III for ransom. The 20-year-old grandson of the Camden City Council President was killed in the attempt.

A 20-year-old Camden City man who was kidnapped while delivering food was allegedly lured to the fatal abduction by people close to him, police said.

Jenkins and an unidentified witness allegedly drove to an address in the 2700 block of North Congress Road in Camden City around 11 p.m. on June 30 to deliver food.

According to a statement, the witness returned to Jenkins, III’s residence when he didn’t return to the vehicle after 45 minutes.

Five hours later, police said the Jenkins family received a call “from an unfamiliar number,” advising that Jenkins, III was being held captive and wouldn’t be released until the family met the caller’s ransom demands.

A photo of Jenkins, III, bound and blindfolded, followed by text message soon after.

According to police, a family member recognized the voice on the phone as that of 32-year-old Brandon Beverly of Woodbury. Detectives traced the phone number to an individual who said his phone had been stolen from him at gunpoint just hours earlier.

The man described having been robbed at his friend’s house near Third Street and Kaighn Avenue by two men whose descriptions he provided to police. Surveillance footage from the area appeared to show two men in a Chevrolet Uplander entering and leaving the Fairview section of the city between 10:54 and 11:28 p.m. June 30.

The Uplander was traced back to Beverly’s Woodbury home on July 2. When detectives searched the premises, they allegedly discovered a handgun on a child’s bunk bed and a wallet belonging to one of the robbery victims. 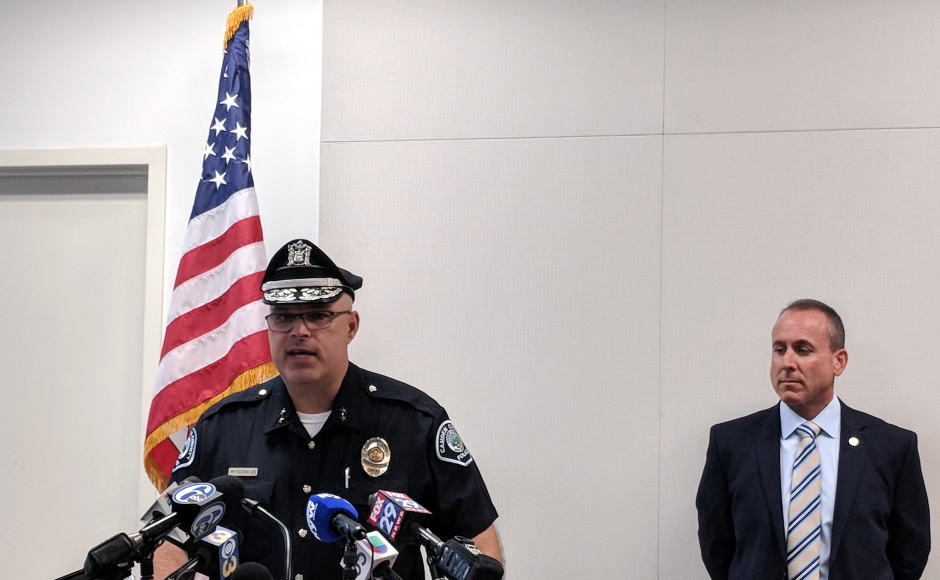 According to a statement provided to investigators, Beverly allegedly told police that “things got messed up” after he and an unidentified woman ordered a platter from Jenkins, III to an address the woman provided.

Beverly and an unknown number of accomplices allegedly forced Jenkins, III into a van, and drove him around the city while they tried, unsuccessfully, to contact his family and demand a ransom.

Beverly allegedly told police that he became frustrated with the situation, and then shot Jenkins, III, and left him in a garage on the 1100 block of Liberty Street.

He then led police to a garage on that block where Jenkins, III’s body was recovered, wrapped in a sheet, his hands and feet bound, with a plastic bag covering his head.

Jenkins, III was pronounced dead at 10:10 p.m. July 2. A postmortem examination by examiner Gerald Feigin ruled his death a homicide by asphyxiation.

Beverly will have a detention hearing July 5 before Judge Edward J. McBride.

This is a developing story; more details to follow as we have them. Anyone with information about the case is asked to call the Camden County Police tip line at 856-757-7042, or via the StopIt App.