Both the Haddonfield Friends and borough police favor a restorative justice process that would involve community-wide education on hate symbols, including in the borough public schools. 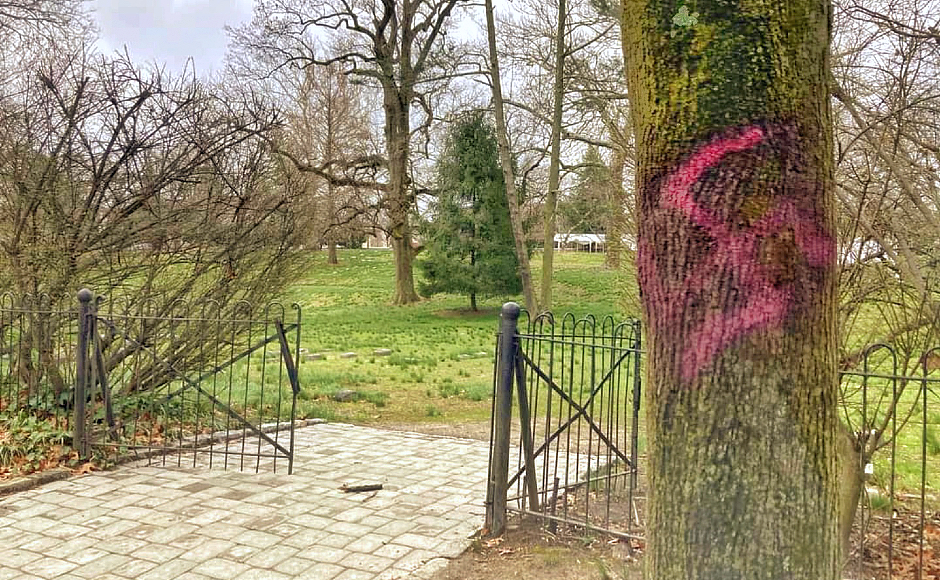 Less than a week after swastika graffiti was discovered outside the Haddonfield Friends Meeting house, police have identified a pair of juvenile suspects whom they believe are responsible for the actions.

Haddonfield Police Chief Jason Cutler said borough detectives haven’t concluded their work on the case, but that the initial investigation determined that “this was not an act committed by an organized hate group.”

As juveniles, the identities of the suspects in the case will not be released, but Cutler confirmed that they are Haddonfield residents and lower-grade students in the borough public high school.

The investigation remains active, the chief said, and more suspects may be identified. Once detectives have completed their work, the decision to administer formal charges, or not, remains with the Juvenile Unit of the Camden County Prosecutor’s Office.

“We know who it is,” Cutler said. “We’re still investigating because we think there might be a couple others [involved].  When it’s all done, we’ll sit down and see what the best road is to go down after that.”

Cutler praised his officers for their quick work in the case.

“I am so proud of my guys for getting suspects within the five-day period,” he said. “It’s difficult; it’s at night, in a cemetery, no cameras. Through dogged detective work, they figured out who it was, and more power to them.”

Whatever the final result of the investigation, the question that remains is what consequences those involved will face. 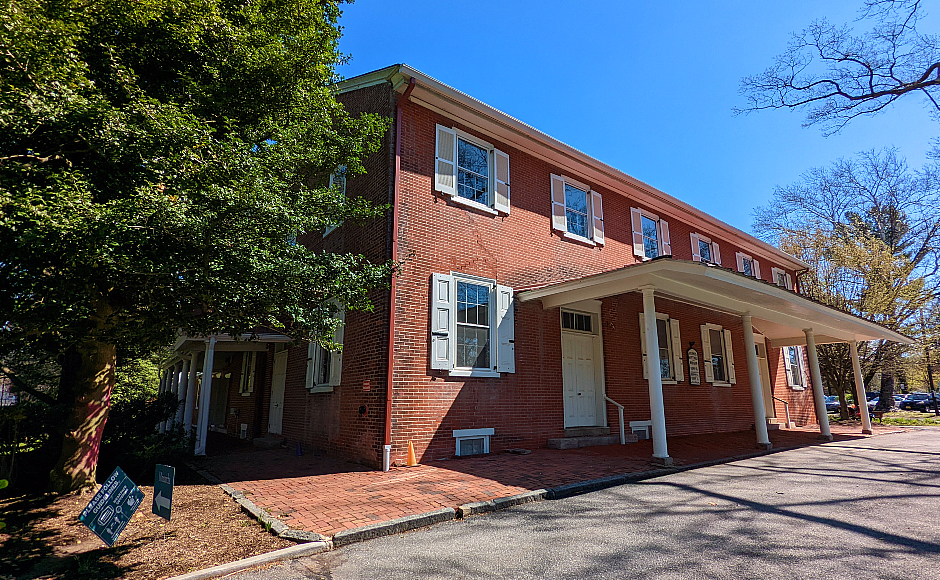 After the incident last Friday, the Haddonfield Friends held a meeting for healing in the cemetery, and worked to beautify the property, with efforts taken to decorate the parts of the grounds that had been spray-painted, Haddonfield Friends Clerk David Austin said.

A former history teacher with specific expertise in the Holocaust, Austin said he favors some form of restorative justice that would see the alleged perpetrators brought to reckon with the emotional weight of their actions.

“If we were simply talking about vandalizing trees, that would be one thing,” Austin said. “The swastika thing makes it go beyond the pale.”

Cutler said that form of restitution “is certainly on the table.”

“What kind of education can we get these kids?” he said. “The punitive [approach] doesn’t work as much as sitting them down. Let them talk to a Holocaust survivor; I think it’s warranted.”

The chief, who is himself Jewish, said he doesn’t believe the problem of bias crime is specific to Haddonfield, but that it’s endemic across the country.

“I honestly think it’s everywhere,” Cutler said. “We could do a better job of educating our youth in the history of the swastika, the hate crimes, homophobia.

“Just because of this one incident doesn’t mean we have to wait for another one,” he said. “Let’s be proactive and see if we can get some sort of education in the curriculum.”

Austin and Cutler both said they have been in contact with representatives from the Jewish Community Relations Council of Southern New Jersey (JCRC) and from the Philadelphia chapter of the Anti-Defamation League (ADL).

“Haddonfield has shown us that we are loved,” Austin said. “I’ve gotten a lot of stuff from local people reaching out and saying how appalled they were, and that they support us.

“The local Jewish community in South Jersey has been equally appalled, and we’ve heard from them to give us support and resources.” 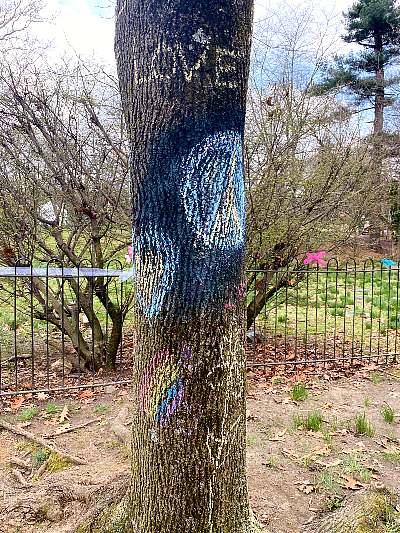 Decorations cover over a tree that was defaced with a swastika in Haddonfield last week. Credit: David Austin.

Matthew Sharp, Head of the Haddonfield Friends School, the campus of which adjoins the Meeting house, was the first to discover the graffiti last week.

Sharp said he’s concerned for the local Jewish community as well as the juveniles alleged to have committed the act.

“In some ways, this is just the beginning,” Sharp said.

“We’re thinking of our Jewish neighbors, and working with the ADL about how to be an ally.

“It starts with investing in children early, and having programs that teach history in a way that isn’t divisive or polarizing, so that children can understand humanity and the history of certain symbols, and we can reinforce the idea of a just society where folks don’t have to live in fear,” he said.

“Education is the next step.”

Whatever the outcome of the case, David Snyder, Chief Advancement and Community Relations Officer at the Jewish Federation of Southern New Jersey, confirmed that the organization is “working with the [Haddonfield School]  District to offer guidance and support through the Esther Raab Holocaust Museum and Goodwin Education Center.”

The Esther Raab Holocaust Museum and Goodwin Education Center describes its programming as “dedicated to teaching about the Holocaust, preserving the experiences of those who survived, and honoring the memory of those who perished.

“Teaching the lessons of the Holocaust is an important and effective means to reduce prejudice, and affect attitudes to lessen hatred, bigotry, and violence against all groups,” it states.