Trending
You are at:Home»Schools»Collingswood»Police Investigations Mandated for Discipline Issues at Collingswood Schools

According to a new directive from the Camden County Prosecutor’s Office, officers are summoned to investigate even the most innocuous of incidents at the elementary-school level.

It’s never a good day when a parent gets a call home from school about his or her child’s behavior, but when that call comes from police, the anxiety is definitely heightened.

After a new directive from the Camden County Prosecutor’s Office (CCPO), the Collingswood Police Department is making a lot more of those calls than ever before, and for infractions that everyone involved has described as overwhelmingly minor.

According to district officials, the CCPO has stripped school staff of its authority to investigate any incident that could potentially be deemed a criminal violation, instead ordering the involvement of local law enforcement. The impact of that edict has even kept teachers, aides, and administrators from communicating with children directly about behaviors they may have typically corrected on the spot.

“Their claim is when we investigate on the school disciplinary code, [law enforcement] investigate[s]on the criminal code,” said Collingswood Superintendent Scott Oswald. “If we do ours first, it could interfere with theirs.”

Oswald said that standard has forbidden school staff from doing much more than calling the police for every infraction, no matter how minor, rather than risk failing to follow the statute. For the past several weeks, the first call home about something as routine as a scuffle on the elementary school playground has been made by a Collingswood police officer instead of a representative of the school.

“We were told that if we were deemed to be interfering with an investigation there would be potential criminal consequences for us,” Oswald said, including criminal indictment of school staff or the loss of state licenses.

“When you threaten professionals with that, they’re going to play it safe,” he said.

Aside from limiting the authority of district personnel, Oswald worried about how the more stringent regulations could affect students with classified behavioral issues, whom he said “have different sets of rights” in a school setting. Even typical children must negotiate “a certain stranger factor” in dealing with police officers rather than their teachers and principals, Oswald said.

Despite the volume of calls, Oswald credited Collingswood police with being quick to respond and professional in their treatment of students and staff. Nonetheless, he worried that the arrangement is unsustainable. Waiting for police to complete an investigation into a bullying incident, for example, could cause the district to miss state-mandated deadlines for filing its own HIB report.

“I think [the school district and the prosecutor’s office] are institutions that don’t understand how each other works,” the superintendent said. “Maybe, given some time, everybody will come together and decide there needs to be a more reasonable approach. From our perspective, what we’re doing currently isn’t working.”

‘Killing an ant with an elephant gun’

Collingswood Board of Education President David Routzahn said the school district isn’t clear what prompted the changes in the first place.

Routzahn is most concerned that the increased enforcement is interfering with district administrators’ other responsibilities.

“At what point did our educators lose the ability to do their jobs?” Routzahn said. “I can see if there were some kind of substantial event, but to have police have to come in, or the prosecutor’s office send a detective over to interview second- or third-graders, that seems like killing an ant with an elephant gun, to take a hard cliché.

“As a board member and a taxpayer, now I start worrying, ‘Is morale an issue among staff?’” he said.

Routzahn said cooperation with law enforcement is “very important” to the district, and that the board is committed to supporting healthy relationships with all agencies involved. He said the hard line the prosecutor’s office has taken is an implication “that we’re the ones interfering with things.”

“If I have a goal in mind, it’s get things back to the way they were,” Routzahn said.

“Education is a calling,” he said. “Nobody does it to get rich. If you talk to a teacher, that’s all they want to do is teach. They don’t care about the politics of things.”

Calls to the CCPO seeking comment were referred to the state memorandum of agreement (MoA) between school districts and law enforcement. Absent of any specific reference, the 71-page document is a sweeping read established, ostensibly, to coordinate law enforcement efforts around real or threatened offenses that occur on school grounds.

“Our goal is to safeguard the essential right of all students and school employees to enjoy the benefits of a school environment which is conducive to education and which is free of the disruptive influence of crime, violence, intimidation and fear,” the document says.

The 2015 MoA, which Oswald described as standard-issue for every public school district in the state, warns that “failure by school officials to refer a suspected offense to law enforcement authorities may unwittingly prevent” professional law enforcement from “taking the steps that are necessary and appropriate to intervene, to address the juvenile’s problems in a timely fashion, and to protect the public safety.”

According to the document, school officials must “consider the nature and seriousness of the offense and the risk that the offense poses to the health or safety of other students, school employees, or the general public” when deciding to notify police. Incidents mentioned specifically include: the possession of weapons, controlled substances, steroids, and date rape drugs; “the actual or threatened infliction of bodily injury”; sexual and bias crimes, arson, gambling, vandalism, and theft. 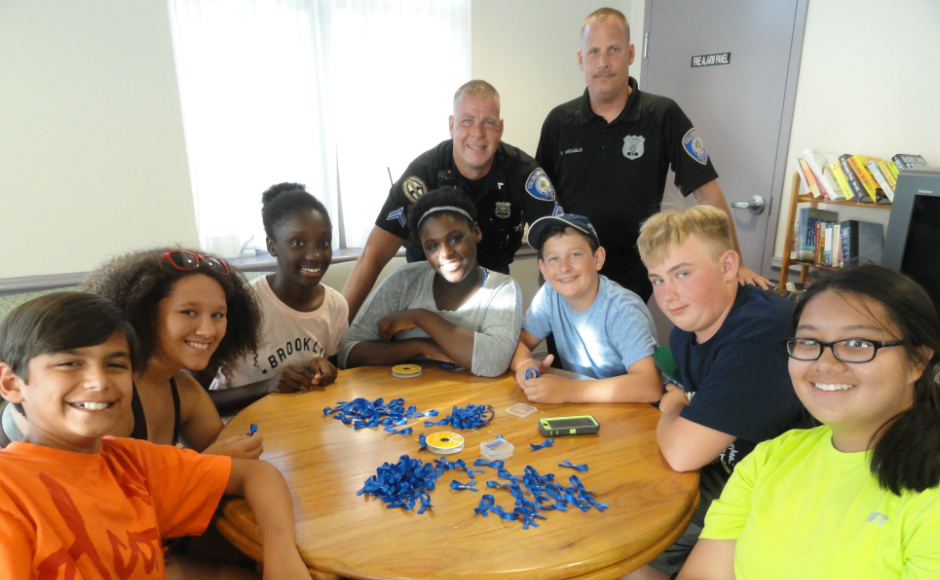 New deal in the offing

Collingswood Police Chief Kevin Carey said he’ll be working over the summer with Oswald to hammer out new reporting guidelines that will help district meet the standard established by the prosecutor’s office without overtaxing the school community.

The chief described most of the incidents to which police have been called to investigate as “low-level” and quickly resolved, but upheld the directive that the district is not to conduct its own investigations.

“Before, the school was assessing things on their own and contacting parents,” Carey said. “The prosecutor’s office saw a breach in reporting requirements, and as such, held a meeting and went over these protocols with us.”

Subsequent to that meeting, “the authority of the schools has been removed altogether until such time as Dr. Oswald and I can come up with a common ground for that authority and when it’s appropriate,” Carey said. The chief described the prosecutor’s guidance as “overly restrictive,” however, and said he and district officials agree “there needs to be a commonsense middle ground” for both parties.

“I will work together with the school to continue to allow Collingswood as a town and our schools to be the best they can be,” Carey said. “We can work together to work it out to where everyone is following the goals set forth by the prosecutor’s office.”

Carey said he shares Oswald’s concern that the increased intensity of interactions with police and students could negatively affect mutual efforts to create “a better connection with the children in the community and the community as a whole.”

The majority of infractions concern elementary schoolers “because when it comes down to it, kids are going to be kids [and]the younger they are, there’s more interaction,” he said. No parent has yet signed a complaint in any of the incidents raised; most are classified as “police information reports,” which is not the same as having a juvenile record (and even those are protected by privacy laws, Carey said).

Carey and Oswald agreed that one piece of the solution may involve the designation of a school resource officer (SRO) as a single point of contact for matters potentially involving the police. Both agencies have enjoyed such a relationship before; Carey pointed out that Patrolman Anthony Garbarino was a longtime presence in the school.

“There would be a report between one officer and the rest of the school, and it would make things easier,” Carey said.

The chief said that he expects to hammer out an agreement office over the summer, and will notify parents of the policy updates via a district-wide mailing.