An unknown individual broke into the business early Saturday morning while the owners were out of town at a trade show. Police say the investigation is active.

Police are seeking suspects in a smash-and-grab break-in that occurred over the weekend at a Collingswood sports cards store.

Shortly before 5 a.m. on Saturday, December 4, an unidentified person busted through a small windowpane at the entrance to Santiago Sports II in the 500 block of Haddon Avenue, reached in, and unlocked the door.

According to security footage, that person—seemingly a thin male wearing a light-colored hoodie or track suit and reflective shoes—then rifled through items on the shelves, pocketed an undetermined amount of merchandise, and fled the scene. 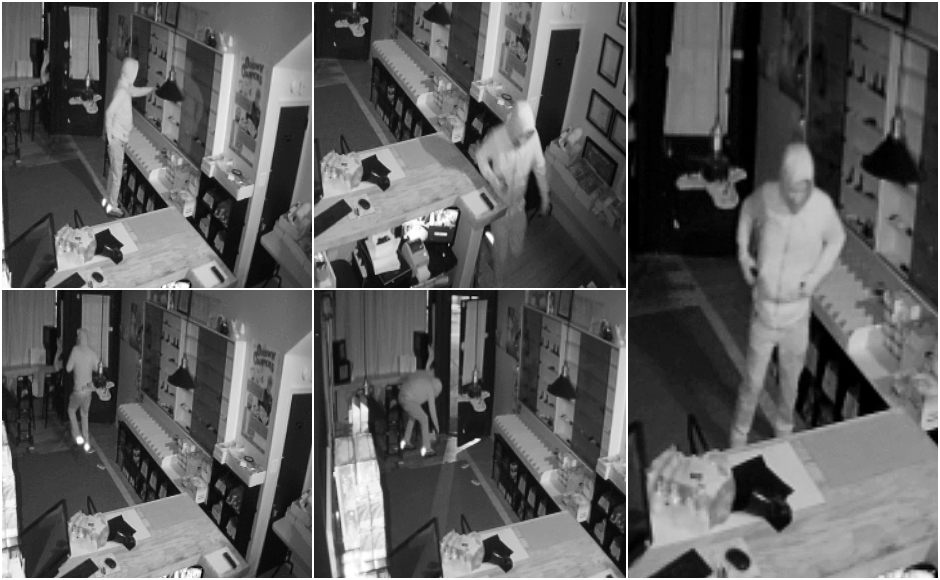 The only reason the burglary wasn’t worse for the business, Kwintner said, was that he’d taken his most valuable single cards with him to a trade show at the Valley Forge Casino that weekend.

Kwintner believes the suspect to be someone who knew that the store owners were attending the show at the time of the break-in.

“If we hadn’t been at the trade show, more high-value cards would have been in the cases,” he said.

“We think it was someone who knew we were away.”

Santiago Sports II has been in business for a little more than a month.

Collingswood Police Chief Kevin Carey said the investigation is active. Anyone with information about the burglary is asked to contact the department at 856-854-1900.

“Any help would be much appreciated,” Kwintner said.

“We’re a small business like everyone else down this street. We should all support each other and help protect each other.”