The suspect allegedly handed tellers a note demanding money, and fled on foot. 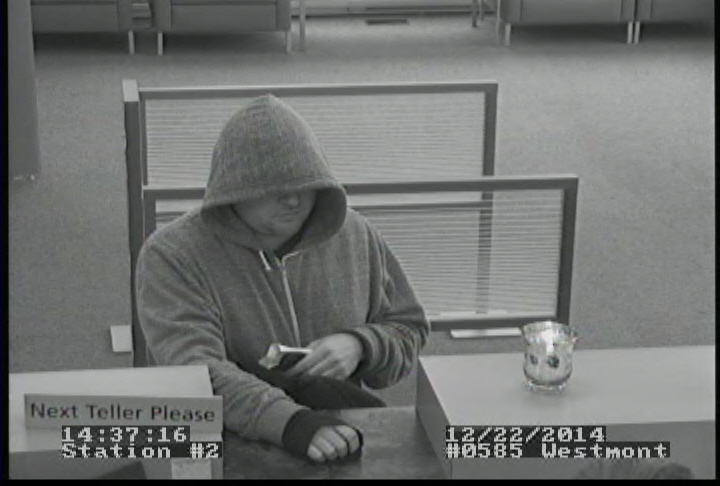 Haddon Township police are seeking a man wanted in a Monday afternoon robbery-by-note of the Santander Bank on Haddon Avenue.

Some time before 2:40 p.m., authorities said, a man wearing a gray hooded sweatshirt, blue jeans, and dark sneakers allegedly entered the bank and handed the teller a note demanding money.

The suspect allegedly told the teller that he had a weapon, although none was produced.  Police said he fled the scene on foot with an undisclosed amount of cash.

The suspect is described as a stockily built white man in his late 20’s or early 30’s, and was last seen along Haddon Avenue.

Anyone with information on the incident is asked to contact Camden County Prosecutor’s Detective Vince McCalla at (856) 225-8684 or Haddon Township Police Detective Don Quinn at (856) 854-1176.