Authorities say the man fled with cash. No one was injured and no weapon was displayed. It’s the second time in little more than a month that the bank was robbed in this fashion.

Police are seeking help from the public identifying a man they say is wanted in the robbery-by-note of the Oaklyn TD Bank. The incident is the second time since early January that the bank was robbed in this fashion.

Just before 1 p.m. Thursday, a man entered the bank and passed a note to a teller demanding cash. He fled on foot with an undisclosed amount of cash. No weapon was displayed and no one was injured in the incident, according to a statement from the Camden County Prosecutor’s Office (CCPO).

Authorities describe the suspect as a thinly built, 5-foot-10-inch man. He was seen wearing an olive green coat, a gray-and-black-striped hooded sweatshirt, a dark winter hat, an orange scarf, and tan cargo pants. 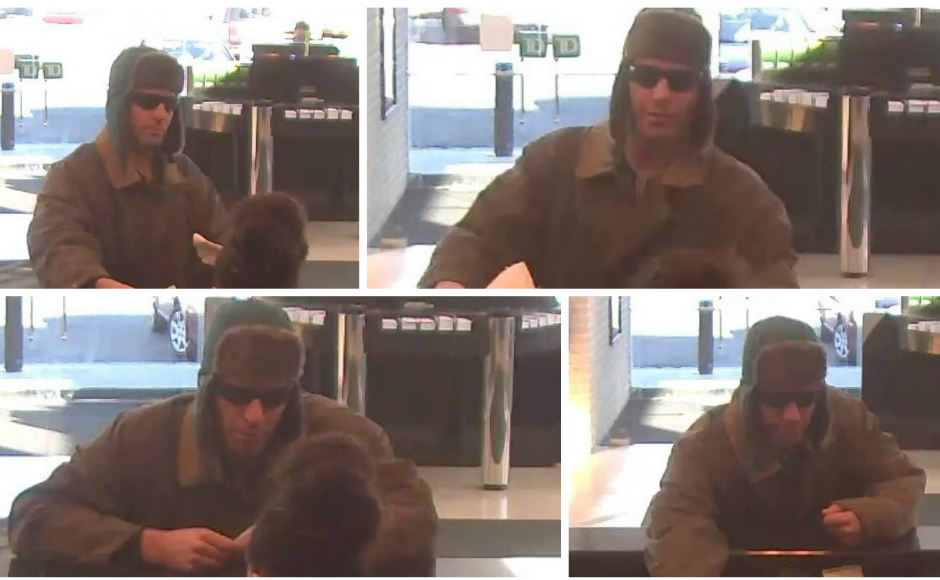 Oaklyn Police Chief Mark Moore said that investigators have observed “some similarities”—in height, build, and the placement of the demand note—to a suspect wanted in the January robbery-by-note of the same branch.

But Moore said that the suspect’s appearance in this incident was too disguised to say for sure. Police have yet to solve either case.

As far as helping to prevent future incidents, Moore said that people should “be vigilant, back off, and call the police” if they observe customers with suspicious behavior or dress.