An 18-year-old Lindenwold man was arrested at his home Sunday in connection with the alleged stabbing death of Shamrock Deli owner Jerry Pastore. 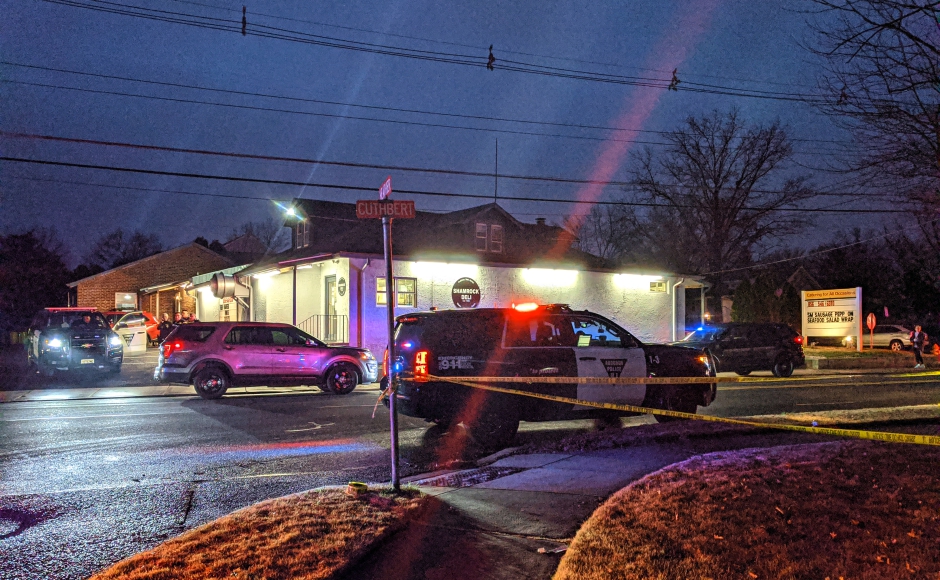 Police investigating the scene of a reported stabbing at the Shamrock Deli in Audubon. Credit: Matt Skoufalos.

This morning, 18-year-old Dyheam Williams of Lindenwold was charged in the fatal stabbing of Shamrock Deli owner Jerry Pastore.

He is being held in the Camden County Jail, awaiting a pretrial detention hearing.

Eyewitnesses told NJ Pen that Pastore was stabbed in the neck across the street from his business after he chased a man who had stolen the tip jar off the counter.

Medical professionals attempted to work on Pastore at the scene, and he was evacuated by police to the trauma unit at Cooper Hospital where he was pronounced dead at 5:07 p.m., the CCPO said in a statement.

The deli was closed this weekend, with a sign on the door announcing its intention to reopen Monday morning.

On Saturday morning, a bouquet of flowers had been left in the handle.

Neighbors have organized a crowdfunding campaign for the family of the victim. Pastore, 52, was a West Berlin resident and father.