Camden County Police provided the sketch based on the account of a woman who said she was forced into a van and sexually assaulted in Camden City on Sunday.

A photograph of the van driven by a man police say is wanted in a sexual assault in Camden City. Credit: CCPD.

Authorities are looking for help identifying a man suspected in a sexual assault that occurred in the 900 block of South Third Street in Camden City.

In addition to the forensic sketch, Camden County Police described the suspect as “a black or Hispanic male” between five-feet-three-inches and five-feet-seven-inches tall.

Around 5 p.m. Sunday, police say the man depicted allegedly approached the woman in a white, Dodge Sprinter-style van, and then forced her into “a nearby lot next to an abandoned building.”

He allegedly sexually assaulted her in the lot, and then fled.

Camden County Police found the woman in the 900 block of South 3rd Street at 6:28 p.m. on Sunday, November 27. She was transported to Cooper University Hospital for treatment. 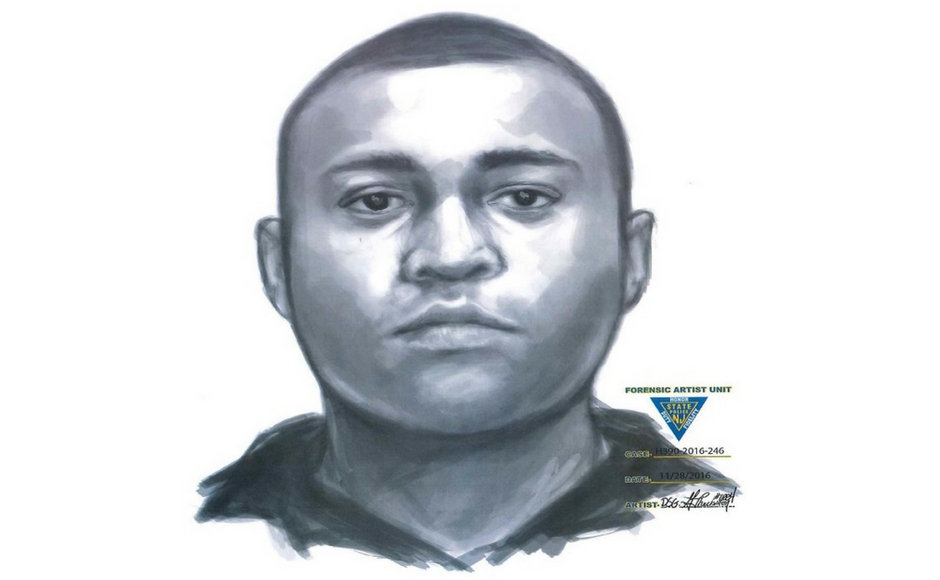 Police also provided footage they say shows the suspect’s van as seen on Broadway and Line Street in Camden. The video advises that viewers take notice of a large mark high on the passenger-side ridge of the van and behind the cab.

Anyone with information about this suspect or crime is asked to call the Camden County Police Department tip line: 856-757-7042.