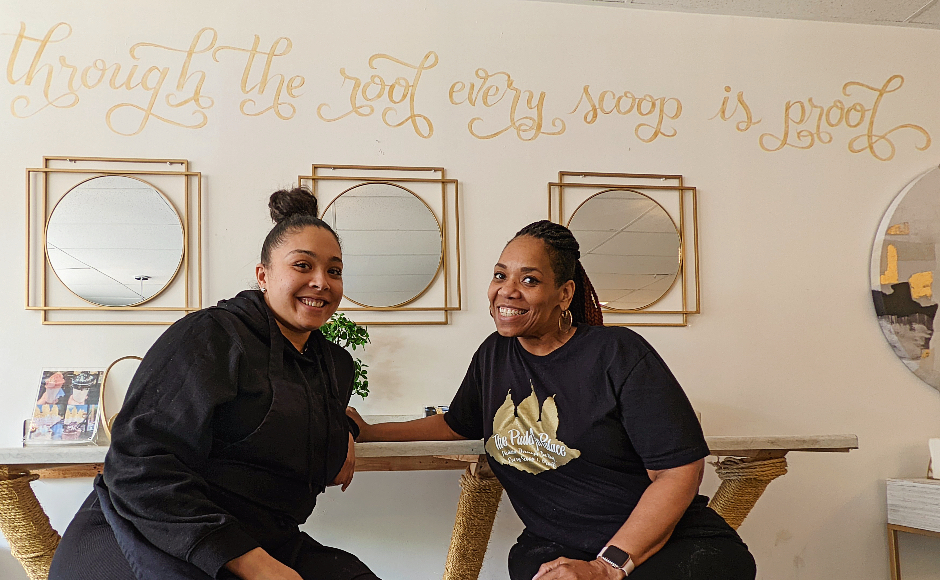 It all started because the family doesn’t like birthday cakes, Miranda Jordan said.

So her mother-in-law, LaGracia Givings, began whipping up banana pudding instead.

Givings landed on a recipe that became a staple at parties from that point forward, and inspired her to see how far she could stretch it.

Four years later, she’s up to 18 staple flavors (plus seasonal additions), inspired by input from her family and customer polls via Jordan’s considerable social media following.

“Every flavor that we came up with was suggestions from one of my sons,” Givings said. “We’ve done everything from Reese’s to S’mores to Thin Mints.

“Our base is that secret thing that makes it a little creamier and thicker,” she said. “Then we get it to our taste testers, and they tell us it’s a go.”

By 2021, Jordan had left her job to keep up with pudding orders, and the duo opened up The Puddin’ Palace on West Clinton Avenue in Oaklyn. In the time since, it’s become a destination for those craving the unique flavors of her desserts, drawing locals and out-of-towners from as far away as Virginia.

“It has been amazing since we started,” Givings said. “Last summer was bananas. The love from the community, even everyone online coming out, overwhelming us sometimes with support, made us grow.”

“The community has been great,” Jordan said. “When people come through Jersey, they make it a point to stop. It’s cool to us to have so many people coming from all over.”

On May 21, Puddin’ Palace will celebrate its one-year anniversary in Oaklyn. Just a month shy of that launch date, they’ve also expanded operations, taking over their next-door neighbors, Yummies, a mainstay of the West Clinton Avenue business district.

In a few short weeks, the pair had deep-cleaned the counter-service snack stand, overhauled its menu, and rebranded as Yummies Palace. The name change not only integrates its sister business next door, but describes its owners’ aspirations for the long haul. 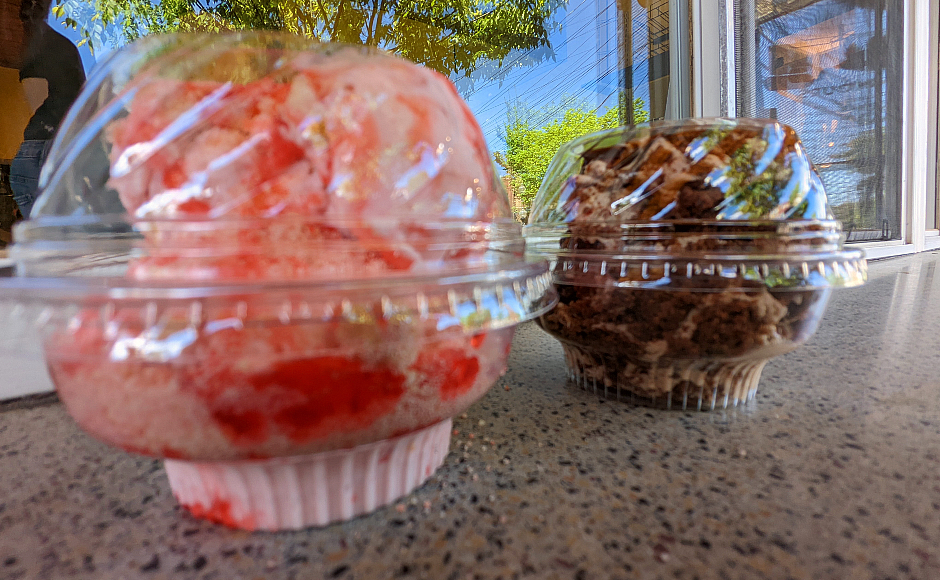 “Our whole goal of the Puddin’ Palace and Yummies Palace is to create generational wealth for our family,” Jordan said.

“We see the Puddin’ Palace being here for 20 years.”

Although Jordan said she’s fielded multiple offers to franchise the businesses, establishing their presence in Oaklyn has always been critical to their future growth.

“We’ve had buyers reach out to us, but I’m not ready to give up my secret sauce,” she said.

If Puddin’ Palace represents the sweet side of the menu, Yummies Palace will open up its customers’ savory palate.

In addition to handmade ice cream and water ice, the shop is serving up hot pretzels from A&A Pretzels and Philly Pretzel Factory with pizza and cheesesteak toppings.

Snacks including salmon sliders, brisket sandwiches, and crab and shrimp pretzels are on the horizon; “stuff you don’t get here,” Jordan said.

To Givings, it’s the perfect opportunity to recreate some of the childhood experiences she enjoyed growing up in South Philadelphia. Her mom had a corner store at 16th and Morris Streets, and all six kids helped in the family business.

“It was kind of nostalgic for us to bring back those things that grandmom had,” Givings said.

Just like its pretzels, Yummies ice cream and water ice is served with plenty of toppings, from scratch-made brownie pieces, to candy, strawberry crumbles, nuts, and “all the syrups.

“There’s some secret ingredients,” Jordan said. “That’s why everything is from scratch.”

“Oaklyn held us to a standard,” Givings said. “If you’re going to do Yummies, do it good.”

In addition to catering and party orders, Puddin’ Palace has been handling school events, and aiming for distribution-level growth.

(To get there, they’re also hiring; as Jordan noted, “Come talk to us if you’re looking for a job.”) 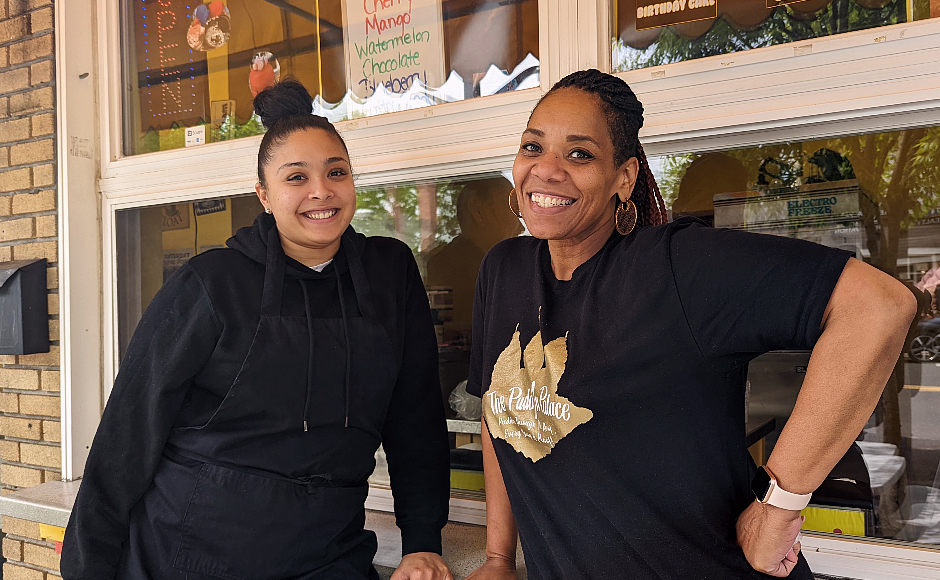 The businesses also aim to create a welcoming vibe on West Clinton Avenue.

Whether by serenading pedestrians with R&B hits from their storefronts, or serving up one-of-a-kind treats, “We’re trying to bring our swag,” Jordan said.

“Our treats are different,” she said. “Everything’s exotic that we have.

“I feel like this area has a potential to do a lot of things with the love and the community,” Jordan said.

“Coming to a town like this can also help small towns get on the map,” she said.

“We could have gone to Collingswood or King’s Highway, but we wanted to go somewhere that’s small, intimate, and has the potential to build with us.”

Yummies Palace will celebrate its grand opening May 22—the day after Puddin’ Palace officially turns one.