The Paixao family of Mount Holly will launch their business in true arcade style, with guest appearances by King of Kong video game personalities Billy Mitchell and Walter Day. 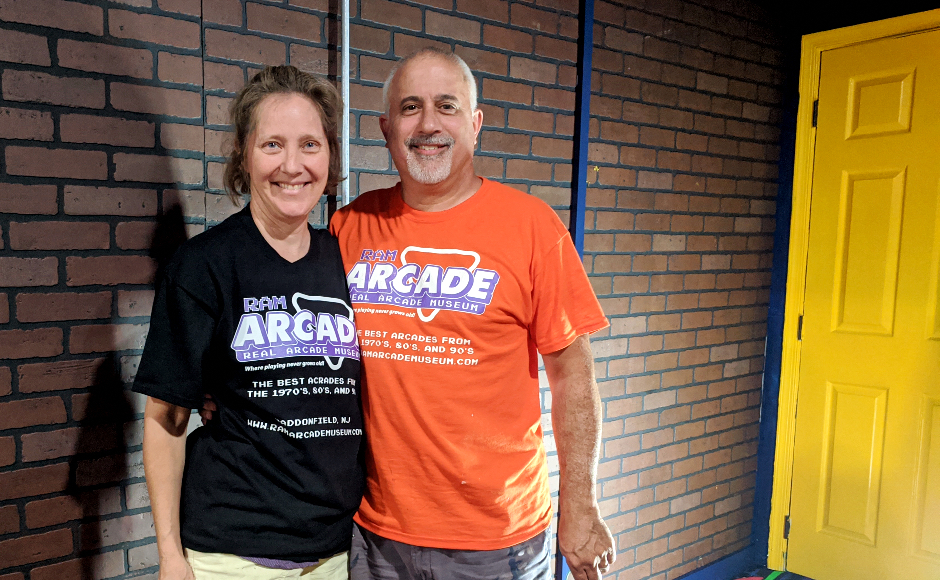 If most people spend their adulthood trying to recapture some essence of their misspent youth, Francis Paixao might be one of the few people to successfully do so.

Paixao, an avid gamer who grew up pumping quarters into the Pac-Man table at his local supermarket, has spent the past year curating and restoring an impressive collection of vintage arcade cabinets.

Next Saturday, he’ll cut the ribbon on RAM Arcade Museum, which he describes as a cross between a living history exhibit and a classic arcade, in downtown Haddonfield.

Paixao said he landed on the idea over the holidays last year, when his household was recovering from a bout of COVID-19.

“That really got us thinking,” he said. “Life is short; maybe it’s time to do something different. My wife, Jane, is the one who said, ‘Why don’t you do something that you really enjoy?’”

When Jane suggested that the family go into the arcade business, their son Russell came up with the name RAM, an acronym for “Real Arcade Machines.” They eventually changed it to “Real Arcade Museum” to emphasize their intention to preserve gaming culture and connect modern gamers with the heritage of their own childhood.

“I don’t know how to explain it; the feeling that the games give you,” Francis said. “Maybe it was the time I was growing up. It was such a novel idea and a new concept. Nothing like that had ever existed.” 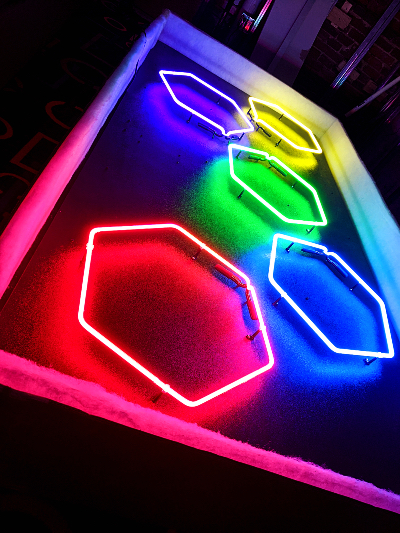 The Paixao family traveled to Cleveland to procure a custom neon light made for RAM Arcade Museum. Credit: Matt Skoufalos.

“All this stuff influenced what people play today,” he said.

“All these games are still relevant.

“It’s a piece of history, and that’s one of the reasons we made it an interactive museum,” Francis said.

With 45 classic cabinets and six pinball machines from the golden age of arcade gaming, RAM makes good on that promise of retro authenticity.

Francis estimates he and Russell have traveled more than 6,000 miles building their collection, which effectively spans the 1970s, 1980s, and 1990s.

Each features its original equipment; the oldest is 46 years old.

The inventory of restored pinball machines includes titles like No Fear, Hurricane, Star Trek: The Next Generation, and Star Wars; Dirty Harry and Street Fighter II are coming soon.

“When Francis puts his mind to something, he’s dedicated,” Jane Paixao said. “He loves the old arcade games, and he always has. As soon as he mentioned that, I knew that’s it.”

Although Francis and Russell are the big game aficionados in the house, Jane also carries a torch for the arcades of her youth (her favorites are racing games like Pole Position and Cruis’n World).

She wants people who’ve grown up with similar experiences to feel that same connection when they visit RAM, and for kids to get a taste of how their parents gamed as children.

“Without the sticky floor,” she quickly added.

As a touchstone to that bygone era, the August 14 grand opening will feature an all-day appearance by two of the biggest names in arcade gaming: Donkey Kong high-score record-holder Billy Mitchell, and Walter Day, the founder of Twin Galaxies, which tracks video game world records.

Both men feature prominently in the 2007 documentary King of Kong: a Fistful of Quarters, a film that chronicled closely the niche world of competitive arcade play. Mitchell will greet fans, answer questions, and at 3 p.m., will attempt a perfect game of Pac-Man, which takes five hours to achieve.

WMGK-FM deejay John DeBella and WRAT-FM radio personality East Side Dave will both be in attendance for the ribbon-cutting, and RAM is hosting a Mr. Softee truck and popcorn cart from Haddonfield-based Sparrow’s Snacks.

Instead of fussing with coins or tokens, RAM Arcade Museum customers can enjoy unlimited play for $8 per hour, $12 for two hours, or $15 for a full-day pass. The entire arcade is available for party rentals, and will also host league pinball nights as well as BYOB adult gaming nights.

Although food and drink is prohibited in the arcade itself, Francis said RAM will work to partner with local pizzerias to cater those events.

RAM Arcade Museum is located at 122 North Haddon Avenue in Haddonfield. Open from 1 to 9 p.m. Monday through Thursday, until 10 p.m. Saturday, and from 1 p.m. to 6 p.m. Sunday. These hours are expanded for the summer and will change in the fall. For more information, visit ramarcademuseum.com, or call 609-668-5552.