Trending
You are at:Home»Police & Fire»Collingswood»Residential Burglaries Have Collingswood Taking Notice

A spate of neighborhood break-ins across towns has residents on the look-out, but data show the crime is down year-over-year.

Stretching from Grant Avenue across Route 130 to the Woodlynne border, Sloan Avenue is a quiet, tree-lined street on the west end of Collingswood, its two blocks dotted by about three dozen properties.

On June 5, two of them were burglarized overnight. 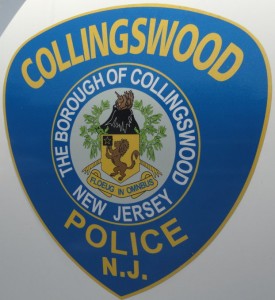 Collingswood residents are dealing with a rash of burglaries in June, but the data indicate that such crimes are trending down. Credit: Matt Skoufalos.

The first of these was called in around midnight that evening, when a resident reported that his 2005 Chevrolet Trailblazer was being driven away from his house.

Collingswood police report that someone had pushed in the screen of an open window and made off with some cash, a jar of change, vehicle documents, and the keys to the Chevy. It was recovered a block-and-a-half away in Woodlynne, unoccupied and locked, with the keys taken.

At the scene of that incident, police also recovered property that had been taken from another Sloan Avenue home that night. Police believe the burglar or burglars entered the second home through an unlocked side entrance, removing a pocketbook, iPod, and some cash.

Meanwhile that evening, two more Collingswood homes suffered attempted burglaries. The first occurred around 11 p.m. in the 900 block of Park Avenue, when a homeowner reportedly saw an unknown person stretching an arm through the mail slot. The would-be intruder fled when the resident yelled to his wife to call 9-1-1, police said.

Then, around 1 a.m., a homeowner sleeping on his couch in the 1000 block of Park was awakened by an alarm chirp indicating that his door had been opened. The man awakened and allegedly saw a male teenager standing there. He shouted, and the intruder fled on a BMX-style bike, police said.

The incidents haven’t just been occurring overnight, either.

On June 16, a resident in the unit block of West Franklin Avenue came home from work at 12:30 p.m. to discover that a glass pane in the back door of the home had been broken. A Wii U gaming console was among the property reported stolen.

The next day, police discovered that someone had forced entry to a home in the 700 block of West Browning Road sometime between 8 a.m. and 12 noon. The screen was locked, but main door was not. Loose change was removed from the home.

But after policing the borough for 26 years, the chief believes Collingswood is at no greater or lesser risk for burglaries than it ever was.

“It’s an ongoing thing,” Sarlo said. “We lock up three people [and]two more are coming out of the woodwork somewhere else. It’s all drug-related.

“But to say we have an excessive amount of burglaries I think is not a true statement,” he said. 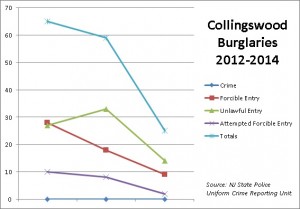 Data from the NJ State Police show that burglaries and burglary attempts are declining in Collingswood since 2012. Credit: Matt Skoufalos.

According to three-year data from the New Jersey State Police Uniform Crime Reports, burglaries are actually on the decline in the borough, from a peak of 65 in the first six months of 2012 to fewer than 40 in the same period this year.

“We go months without burglaries,” Sarlo said. “It depends on what town you’re in and where the bad guys are.”

Although Collingswood sees every type of crime “from A to Z,” burglaries are “more of a revolving door” crime that affects many towns in the area, the chief said.

“Ask any detective in any town,” Sarlo said. “For a while it will stop, but occasionally [burglaries]do pop up again, and when they do, you have to hunt them down, and gather as much evidence as you can and try to find these people.”

Sarlo added that most of the burglary arrests the department makes are not of Collingswood residents. He said police believe the majority of the crimes are motivated by addiction. And despite an abiding sympathy for victims, Sarlo said that residents should take typical precautions for their own security.

“We’ve had burglaries to residences that were unlocked, and occupied during the night,” Sarlo said. “Vehicle burglaries, probably 99.9 percent of them are unlocked vehicles.

“It’s a simple thing,” he said. “I don’t care where you live; you have to lock your doors. Be on guard.”

Sarlo said alarm and security systems are useful deterrents, as are dogs. But police are most often aided by neighbors who are conscientious about their blocks.

“I can’t tell you how many times you go to a burglary and a neighbor would say, ‘I saw a guy carrying a TV in the backyard, but I didn’t want to bother you guys’,” the chief said. 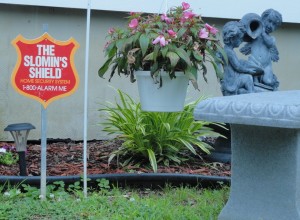 ‘The sense I get is that people are worried’

Collingswood native Jamie Kerth, who operates the security company Independent Alarm, seconded Sarlo’s assessment that most of the burglaries in the area are drug-related.

He pointed to a 2012 University of North Carolina survey of incarcerated burglars that indicated 88% of them committed the crimes because of a “need to acquire drugs (51%) or money (37%)” with “many report[ing]needing the money to support drug problems.”

Although most of the drug-related burglaries are the work of amateur criminals, Kerth said, a handful are not.

Professional burglars will scout a neighborhood, typically in two-man teams, Kerth said. One will knock on doors in the neighborhood, often pretending to be a salesman, but checking to see which homes are occupied during the day. Another will sit in the car as a lookout.

Much less likely, he said, is a burglary during the hours when residents are at home.

“The majority of these people don’t want confrontation,” Kerth said. “They want to get in and out. We live in a day when both husband and wife go to work, go to school, but so do their neighbors.”

When police report a wave of burglaries, Kerth said, they are most likely the work of one individual operating in a small area.

Still, Kerth added, “the sense I get is that people are worried.”

“You can only control so much,” he said. “You live where you live and there’s going to be bad people. The one thing you can do that’s relatively inexpensive to protect yourself is put an alarm system in.”

Even among his own customers, Kerth observed levels of vigilance ranging from the “very paranoid [who]arm their system just to go out to Wawa and grab a hoagie” to “the kind of people who leave the front door unlocked while they’re sleeping.”

But sometimes the most concerned can have good reason to be, he said.

“The feeling of violation is the one thing that it’s hard to underestimate when people get robbed,” Kerth said. “It’s hard to shake that feeling.”

For Collingswood resident Tanya Pettine, who’s lived on Sloan Avenue for six years, the incidents haven’t affected her outlook on the neighborhood.

“I don’t feel unsafe,” Pettine said. “The police seem to be on top of everything.”

Moreover, she said, “Everybody on the street pretty much knows each other. We keep each other informed.”