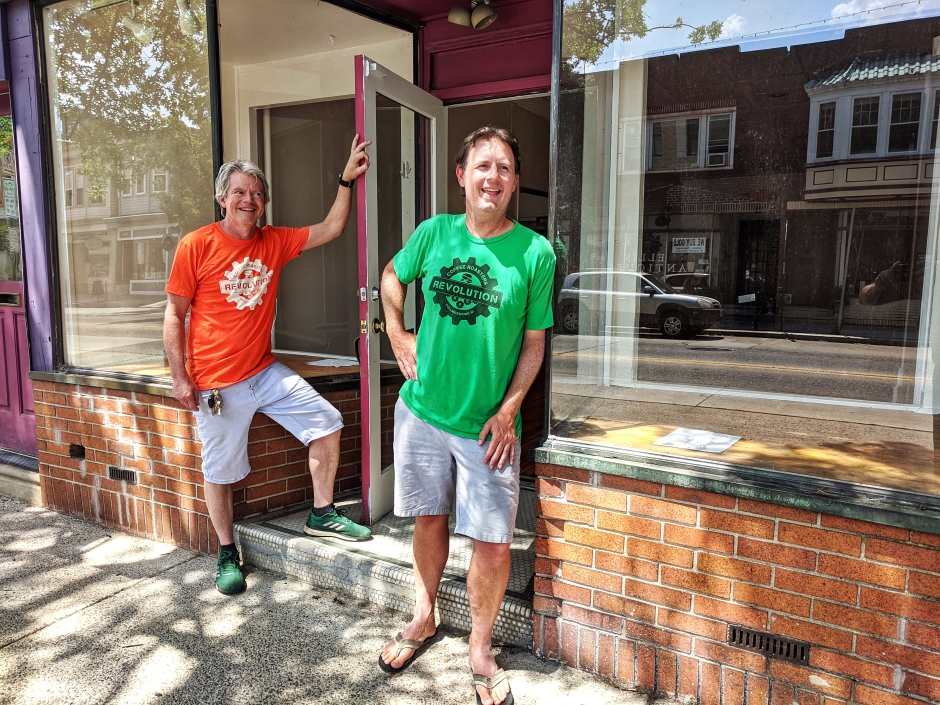 For many small businesses, the novel coronavirus (COVID-19) pandemic has been incredibly difficult to navigate; for Revolution Coffee Roasters of Collingswood, it’s presented an unexpected chance to grow.

By Labor Day, the small-batch coffee roaster, which built its local brand within The Factory coworking space on Fern Avenue, is hoping to occupy its first freestanding storefront at 807-809 Haddon Avenue (formerly The Nutty Duchess tea room).

“When it became apparent that we had really maxed out here in this location, it was never an option to say ‘maybe we’ll look for something outside of Collingswood,'” said Revolution cofounder Steve McFadden.

“This community has embraced us, and we’ve embraced them; we’re really hitched to each other’s wagons here,” McFadden said. “When the opportunity popped up to move to a viable space right around the corner, you couldn’t beat the timing.”

“We’ve always wondered what we’d miss not being on the avenue,” said Revolution cofounder Justin Ettore. “Now we’re going to find out.”

The partners are excited about the increased visibility they believe the business will enjoy in its Haddon Avenue location—“These are the streets I roamed as a child,” McFadden said—and they’re hoping that will translate into additional walk-up business and more new customers. 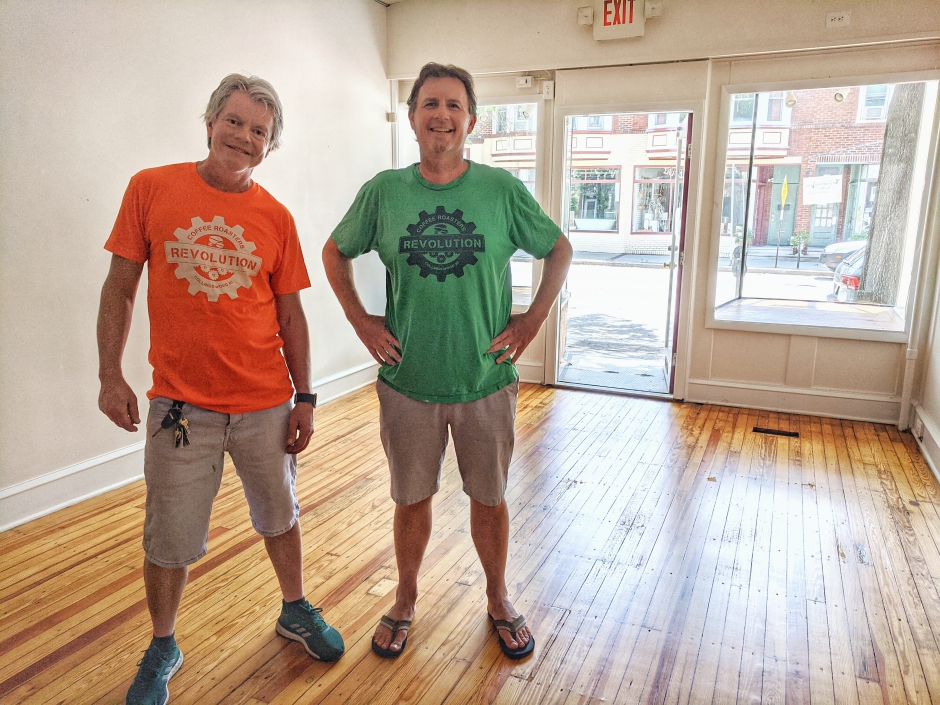 “There’s still a lot of people in town who’ve never been here, and the activity of the avenue adds to the experience for sure,” McFadden said.

“We want to capitalize on it being a welcoming space,” he said.

“We want it to be a third place; a very comfortable anchor space of the community.”

In its new location, Revolution will offer an expanded, dedicated area for coffee roasting and bulk production, as well as about 800 square-feet of customer-facing retail and café space.

Ettore said his first priority will be to get the duo’s Ambex roaster operational, which means addressing electrical and exhaust requirements as well as fitting out the kitchen in the new space.

Once the bulk operation is up and running, they’ll move on to the café.

“The focus on what we do in our café is to highlight our product,” McFadden said. “This is the flagship store of a small-batch coffee roaster.” 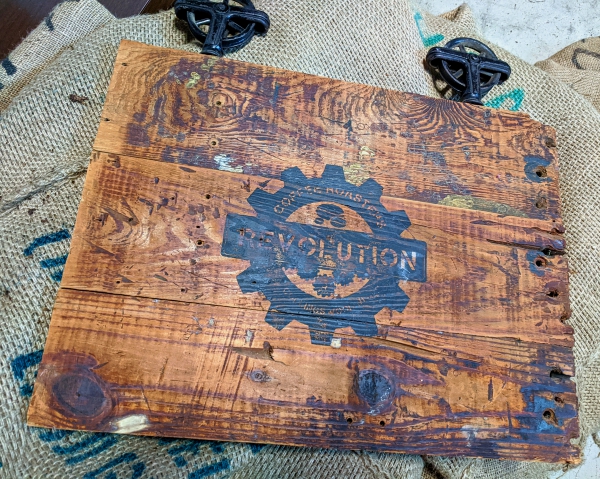 The identity of the business was inspired by the role of South Jersey in the U.S. Industrial Revolution.

Its 2013 launch coincided with “an upswing in entrepreneurship around here; a lot of people opening businesses and actually producing stuff,” McFadden said.

“There’s something unique about what’s happened here that continues to fuel more entrepreneurs and new businesses starting up,” McFadden said.

Originally conceived as a wholesale operation, Revolution Coffee had its first direct-to-customer retail experience at area farmers markets. The products caught on so well with customers that McFadden and Ettore found themselves pressed to answer burgeoning demand.

“People said, ‘Where are we going to buy your coffee all winter?’” Ettore recalled.

When they first sought a location to house that year-round, brick-and-mortar operation, Ettore and McFadden chose The Factory in Collingswood. It was safely distant from other South Jersey roasters, yet close enough to Philadelphia to capitalize on the city’s coffee connoisseur audience.

“The people who work in Philly may know about La Colombe or some of these bigger roasters,” Ettore said, “and when they come home, they might not want to go to Dunkin Donuts.”

The duo didn’t anticipate the success they eventually found with the local coffee shop audience, and they certainly weren’t counting on the cross-branding opportunities that came their way later on. 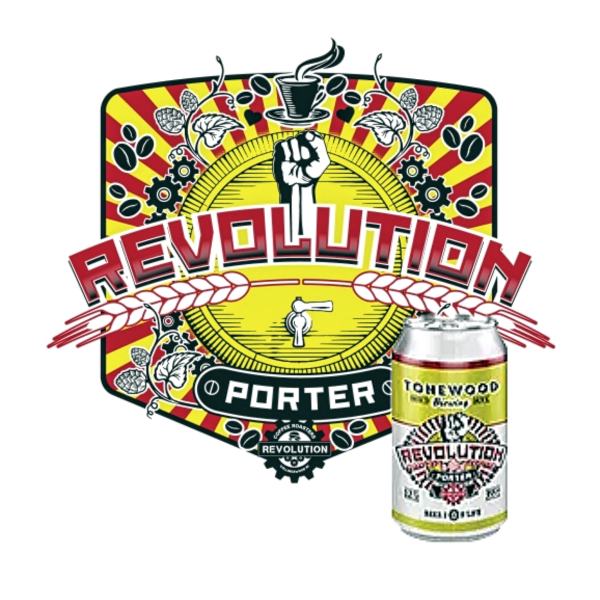 McFadden called coffee “a versatile product that complements a lot of other things that people are doing.

“Regardless of what product somebody’s doing, people have sought us out to cross-brand,” he said.

“It’s also been pretty awesome to grow with some of these other businesses that we collaborate with.”

The eight different single-origin coffees roasted at Revolution are sourced from various growing regions across the globe—including South and Central America, Africa, and Asia—and imported into North Jersey.

“We’re lucky to deal with a very ethically responsible broker,” McFadden said. “They have company employees on the ground, not only verifying the quality of the product and its sourcing and packaging, but that the people involved in growing and processing that coffee are compensated.”

Making a major business move during a pandemic wasn’t the first thing on their minds, but Revolution has seen increased demand for its bulk products since the shutdown. Even after they shut their cafe business down, switching to curbside pickup and local home delivery, business didn’t drop off. Instead, more teleworkers seemed to be brewing their coffee at home instead of the office break room.

“It’s a few minutes of normalcy, sitting down with a cup of coffee,” Ettore said. “We didn’t really see that effect until a couple weeks in.” 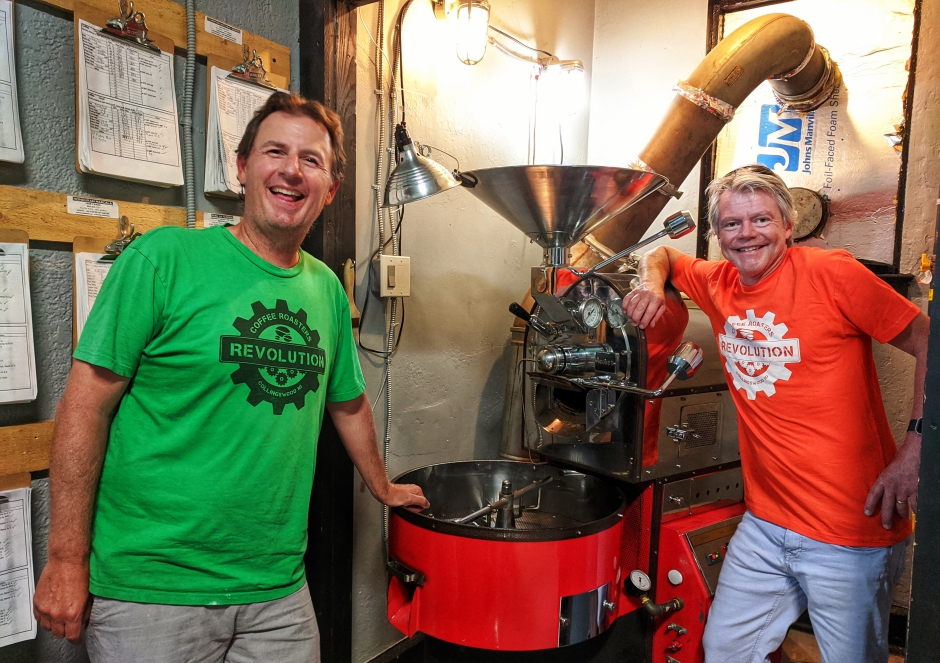 “That’s when it became apparent that we were going to need more production space,” McFadden said.

Nonetheless, the duo foresees growth opportunities in the cold brew business, demand for which has intensified since its introduction.

Ettore hopes the new location on Haddon Avenue will offer opportunities to automate its production along with that of their other core roasts.

“These past four months have changed my future thinking to a much more short-term thought process,” Ettore said. “We had to operate with what’s in front of us right now, deal with that.”