Trending
You are at:Home»People»Right-to-Life Group ‘Not Looking to Cause Trouble’ with Georgia Flag in Haddonfield Parade

A spokesman said he was unaware that one of the flags carried by his group in the Fourth of July parade could have a segregationist message. 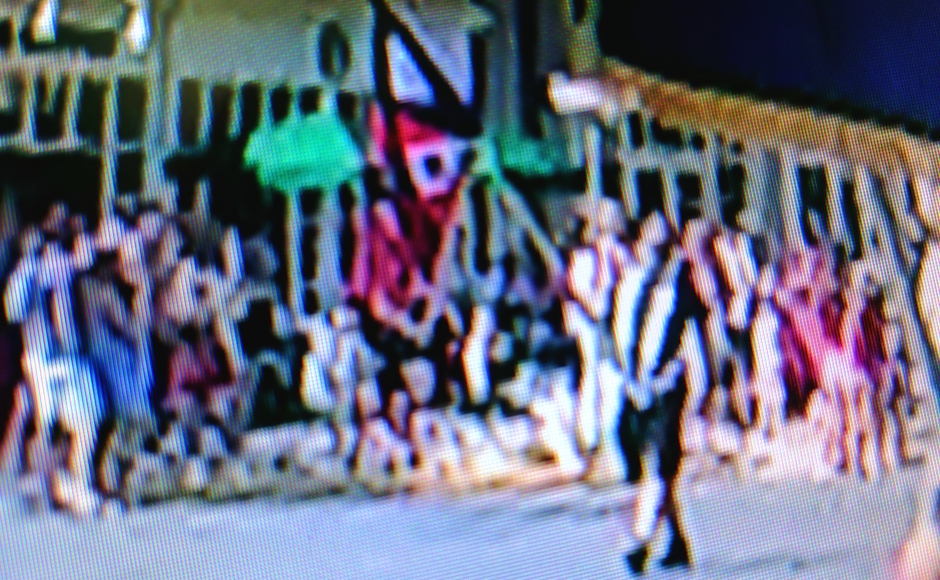 The unidentified man in this video screengrab is carrying the 1956 Georgia state flag in the 2017 Haddonfield Fourth of July parade. Credit: Bob Parsons.

The spokesman for a group of marchers in the Haddonfield Fourth of July parade said Thursday that he was unaware one of the flags used in their demonstration bore segregationist overtones.

Tom Fox’s right-to-life group has marched in the Haddonfield Fourth of July parade for years, he said.

Fox was surprised to hear that the 1956 Georgia state flag, which he said had long been a part of their parade demonstrations, could communicate support for segregation.

But the flag was created by a state legislature “devoted to maintaining the status of segregation in Georgia,” according to a historic self-examination published in 2000.

The 79-year-old Berlin resident said that wasn’t the message they’d meant to deliver.

“There’s no intent of that whatsoever,” Fox said. “We’re not looking to cause any trouble.”

Fox said his group self-identifies as pro-life, but is unaffiliated with National Right to Life. He said the flags the marchers carried in the Haddonfield Fourth of July parade have been with the group for some time, and include the state flags of the 13 original U.S. colonies.

Fox said the group has marched in pro-life parades in Philadelphia and Washington, D.C. without incident. He said he wasn’t aware which marcher was carrying the flag this year, or of that individual’s feelings about it.

Asked if he would be amenable to talking with Haddonfield residents about the unintended impact of flying the Georgia 1956 flag, Fox said he’d consult with other members of his group. 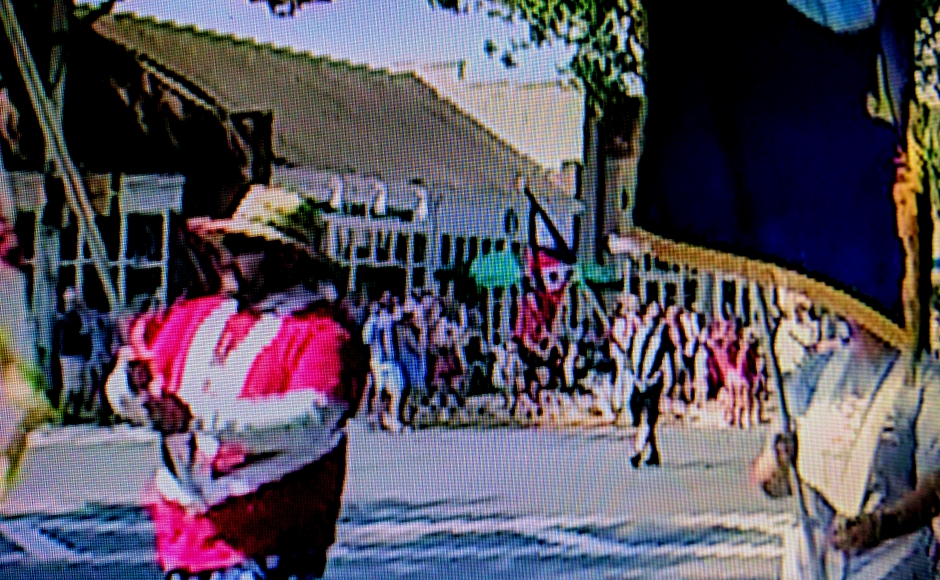 Protestors marching under a pro-life banner also carried an apparent segregationist message in the Haddonfield Fourth of July parade, and have for years, residents said. Credit: Bob Parsons.

Haddonfield Commissioner Jeff Kasko said he hoped the incident was a misunderstanding.

“It sounds like it’s a little bit more of an innocent thing, and [Fox] didn’t realize, but now he does, and hopefully he can make a change,” Kasko said.

“I’m sure if they want to get an updated flag and retire that, then that would be the way to go.”

Kasko said he’d heard stray complaints about the flag in years prior, but hadn’t known it was an ongoing issue.

He was encouraged by the news that Fox seemed blindsided by its association with the Confederate battle standard.