The joint board of governors for the universities said they hope to roll out a certificate program at in the fall semester of 2018 that could provide the basis for a national patient navigator model. 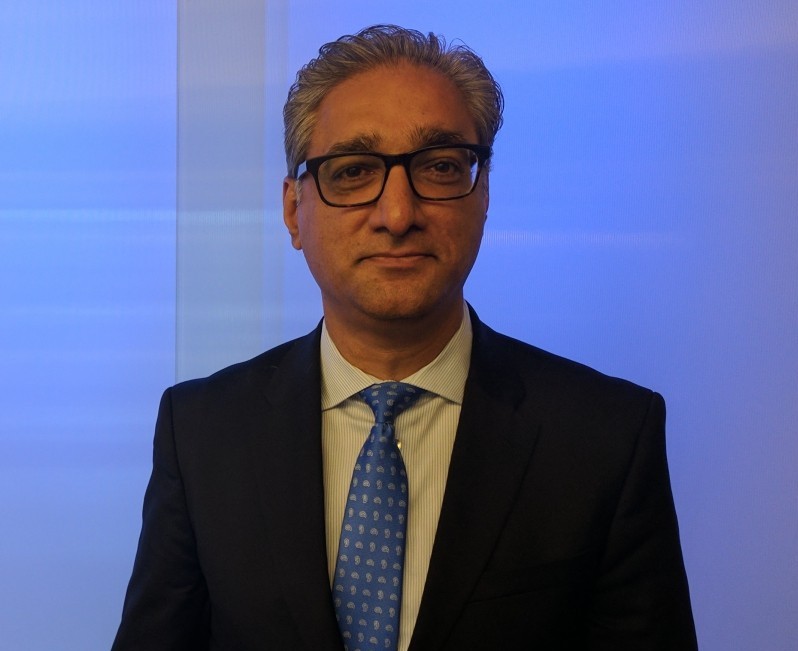 The Rowan University-Rutgers Camden Board of Governors voted Tuesday to establish a certificate program designed to help Alzheimer’s patients, their families, and caregivers better deal with the multifaceted impacts of the disease.

The “Alzheimer’s Journey Coordination Certificate Program,” will launch at Camden County College in fall 2018, and is modeled on care navigation programs that have proven successful in helping cancer patients and their families.

Board CEO Kris Kolluri said the program is “one of the most important and missing pieces in the Alzheimer’s space,” with the potential to reduce hospitalization, nursing home placement, and the overall cost of care.

According to the Alzheimer’s Association, 170,000 New Jersey residents aged 65 and older were living with the disease in 2016, and that number is expected to hit 190,000 by 2020. Nationally, as many as 15 million Americans are battling Alzheimer’s, which Kolluri said demonstrates both the need and opportunity for the program.

“This is really a complex problem that needs to be solved now,” he said. “We want to launch it today, but we want to make sure we get the program right.” 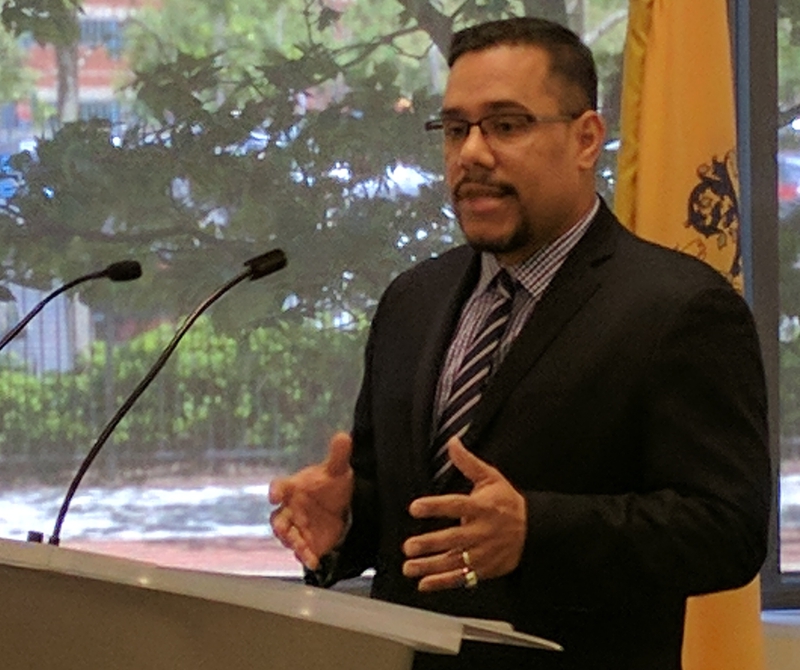 Kolluri said the program will likely result in the hiring of one to four professors. Its intended audience is family caregivers as well as healthcare workers who want to develop an expertise in Alzheimer’s care.

He believes Alzheimer’s specialists could be reimbursed in a fee-for-service structure, or potentially through federal aid.

Currently, the value of unpaid caregivers in the state is estimated at $6.46 billion.

“We’re going to do healthcare statistical analysis to be sure.”

A third piece of the joint venture is the Princeton-based Otsuka America Pharmaceuticals, which has been looking for ways “to introduce solutions that go beyond medication,” said Director of Congress and Stakeholder Management Eli Perez.

Perez said the company has supported whitepapers, webisodes, and technology pitches around the disease; however, he also pointed out that Alzheimer’s patients “haven’t seen a new medication developed in over a decade.” Currently, Otsuka is seeking regulatory approval for the use of its antipsychotic medication, Rexulti, by Alzheimer’s patients.

“There’s an unmet need for treatment,” Perez said. “There’s great fragmentation in healthcare; there’s a lack of resources for patients and caregivers. Our goal is to instill hope.”

Perez said preliminary curriculum for the program would touch on “all aspects of living with this disease,” including financial, legal, and end-of-life planning concerns. If the model proves successful, he hopes it will be marketable nationwide. 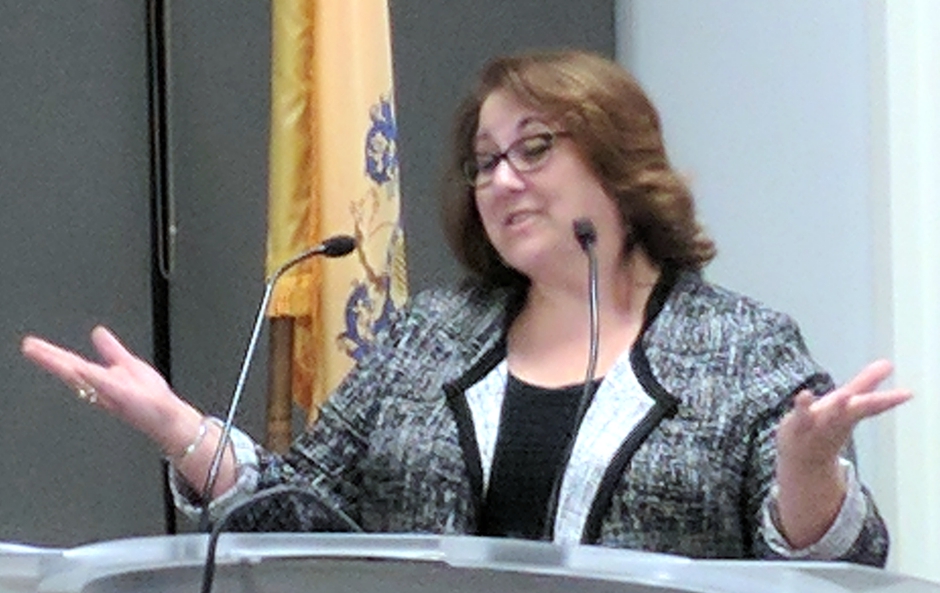 Lisa Wintzel, Chief Operating Officer of the lobbying group Caregiver Action Network, said the program has the potential to help millions of people affected by Alzheimer’s disease: “families and friends who are stuck providing an ever-increasing level of care.

“These are also people who are employed full-time, who are juggling that job and their caregiving responsibilities,” Wintzel said.

Board member Michellene Davis, Chief Corporate Affairs Officer at Barnabas Health, said her mother is now battling Alzheimer’s after having spent 12 years caring for her own mother as she suffered from the disease. Davis stifled tears as she spoke about the days when “all the love and the access to healthcare cannot reach where [patients] are.

“We live for that moment of significant clarity,” she said. “Words cannot adequately express the feeling, not that you have lost a loved one, but that every day there is a chance that they literally slip away before you.

“She is my very best friend,” Davis said. 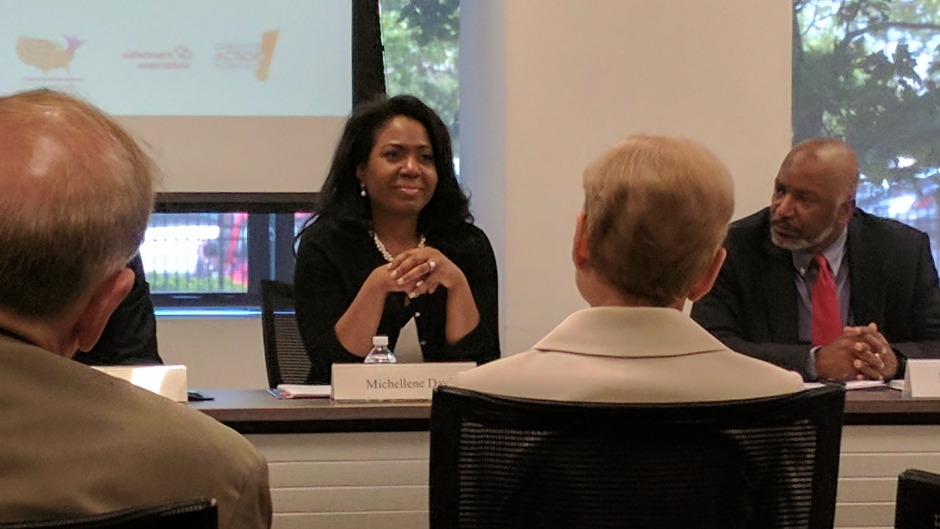 Michellene Davis is caring for her mother, who has Alzheimer’s, and who cared for her own mother with the disease. Credit: Matt Skoufalos.

U.S. Congressman Donald Norcross (D, NJ-01) said Alzheimer’s disease is a nationwide concern for which “the biggest cost is doing nothing.”

The congressman described how the current, Republican-backed replacements for the Affordable Care Act would raise insurance costs for seniors fivefold, exposing those who fail to pay their premiums to being denied by another insurer for pre-existing conditions.

“They will be unable to afford the cost of insurance for this disease,” he said.

“The lack of predictability is devastating,” Norcross said. “This is the difference between life and death.”

Geriatric internists Anita Chopra and Thomas Cavalieri of the Rowan Institute for Successful Aging will help oversee development of the Alzheimer’s Journey program. Chopra said the lessons it will offer will not be one-size-fits-all, but should support caregivers and family members in a diversity of settings.

“This is a very complicated disease,” she said. “Patients have dependency issues; they also have mental health issues. We want to provide skills to these navigators so they can help families with the challenges they have and find the resources to navigate the system.” 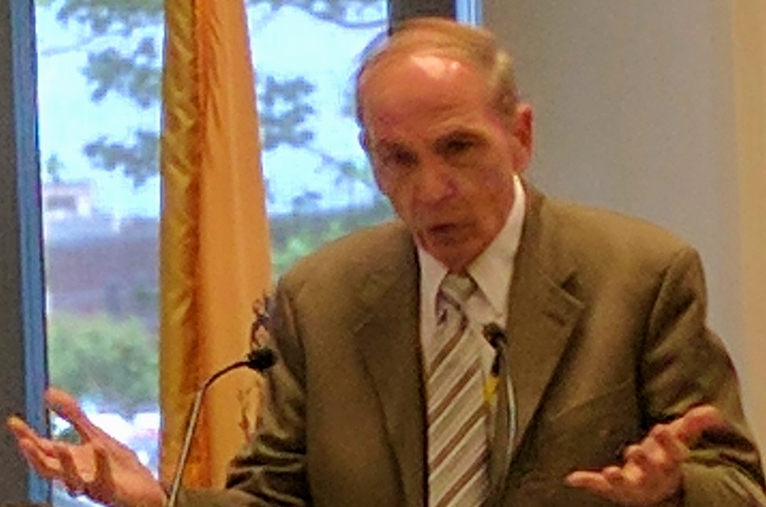 Cavalieri described how Alzheimer’s patients face a “maze of services” that can be daunting for caregivers to negotiate.

“There are patient navigators and community health workers, but there isn’t any such group that has the depth and understanding of this disease,” he said.

Having gone through medical school “thinking there’s nothing you can do” to stop the spread of Alzheimer’s, Cavalieri said the program “is greatly needed.

“This is something that offers hope,” he said.