As it approaches its tenth anniversary, the small-batch roaster opens its second cafe (and the only coffee shop in Gloucester City) on the back of a major retail expansion and infrastructure upgrade. 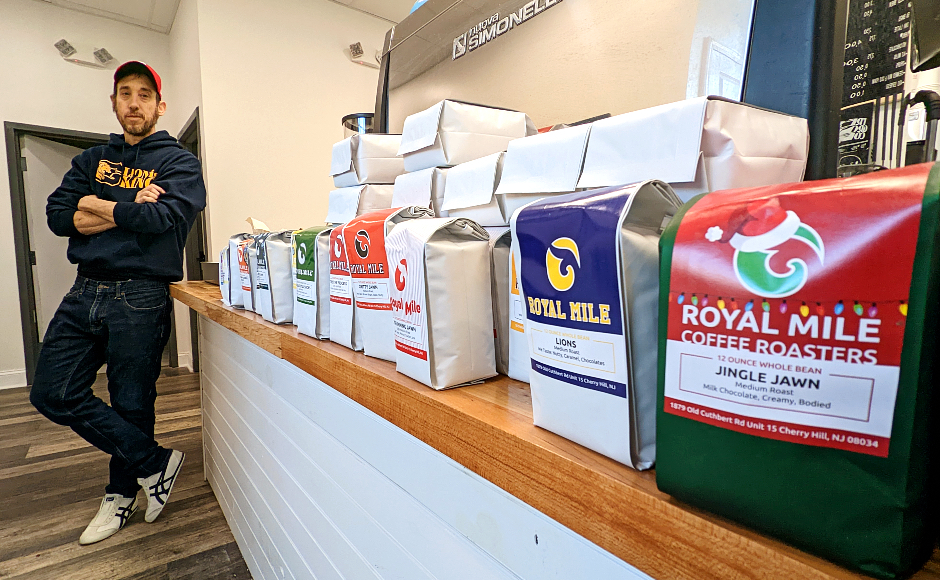 When Royal Mile Coffee Roasters founder Jamie Blanchard was looking to open a customer-facing café for his coffee business, the first place he considered was a storefront on Monmouth Street in Gloucester City.

Affordable and convenient to his Cherry Hill-based warehouse, the neighborhood reminded him of Philadelphia’s Fishtown before ReAnimator Coffee opened its café there in 2013.

Although Blanchard ended up passing on that spot before ultimately opening his first retail location in Haddon Township in late 2021, the prospect of operating in Gloucester City was still fixed in his mind.

Blanchard continued to grow Royal Mile, leveraging an audience for his product that had begun with online sales and grew into shelves at Whole Foods across the Philadelphia metro area.

In 2022, his brand got another boost with the launch of a nationwide local coffee program from Walmart, which landed Royal Mile in 700 locations from New Jersey and Pennsylvania down to Maryland and Virginia.

The influx of cash from the Walmart sales coupled with the expanded power of a new, 15-kilo Giesen coffee roaster gave Blanchard all the motivation he needed to add another café. When realtor Mary Beth Rettig approached him about considering Gloucester City, Blanchard knew he couldn’t pass it up again.

“Mary Beth had mentioned all these posts in a town [Facebook]  group about Gloucester City needing a coffee shop,” he said.

“I don’t know why this place doesn’t have a coffee shop; there’s 11,000 people here,” Blanchard said. “But there’s something here, and I wanted to be the first one to do it.”

Rich Lauletta, who owns the property at 500 Paul Street — formerly, a bar called Orlando’s — offered to help fit out the space. Together they curated some key architectural details, while Blanchard rolled in some surplus equipment, and in short order, the corner bar was transformed into the first coffee shop in the city. 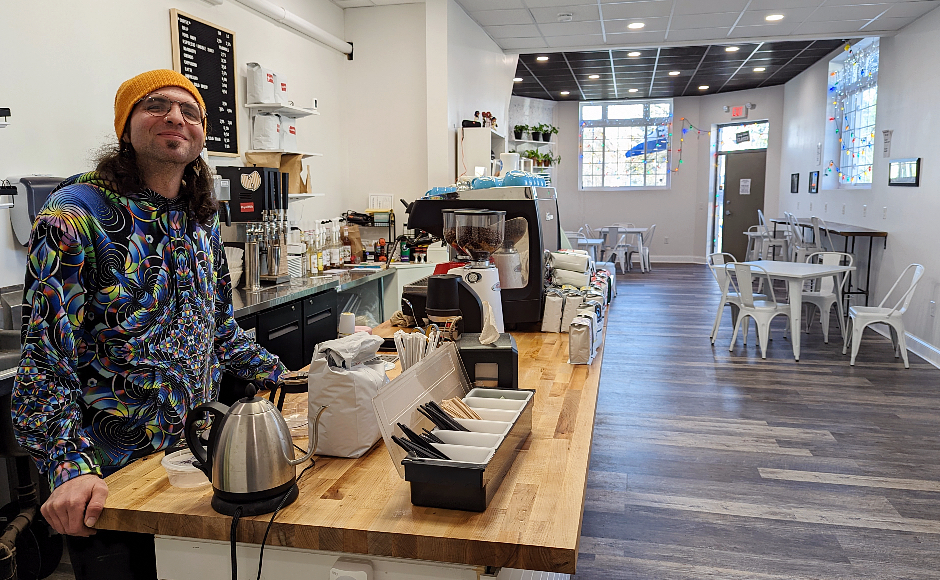 “It was a convergence of things,” Blanchard said.

“It felt like Haddon Township had opened up and was quasi-established.

“We had the equipment, the landlord offered to build it out, and it’s all opportunity,” he said.

“I feel like I’m in the right spot at the right time with this place.”

For Blanchard, establishing a second Royal Mile shop nine minutes away from his Haddon Township location and only 13 minutes from his Cherry Hill warehouse makes logistical sense. But he’s equally interested in growing his brand in a working-class community that mirrors his own bootstraps ethos.

“Whole Foods didn’t have a New Jersey roaster, but we kept showing up in the stores, and that’s why we were able to spread like wildfire with them,” Blanchard said.

“There’s stuff here: Chubby’s and Max’s Seafood, and Vitale’s; Duffy’s Chocolates,” he said. “I want to be part of the change.

“I think everything we’re trying to build fits well with this town,” Blanchard said. “It was just a matter of whenever we got going, we could snowball, because we’re not starting from zero.”

Since opening in mid-October, Royal Mile is operating seven days a week out of the Paul Street shop, and Blanchard has found a steady customer base. He knows it will take time to further ingrain himself within the community, but the 50-seat coffee shop is off to a fine start for now.

“The question is, can we build on top of it?” Blanchard said. “I think we can.”