Trending
You are at:Home»Schools»Collingswood»Scott Oswald to Retire as Collingswood, Oaklyn Superintendent of Schools

After 14 years at the helm of the Collingswood school district, nine of which he spent simultaneously in charge of Oaklyn Public Schools, Oswald is ready to move on. 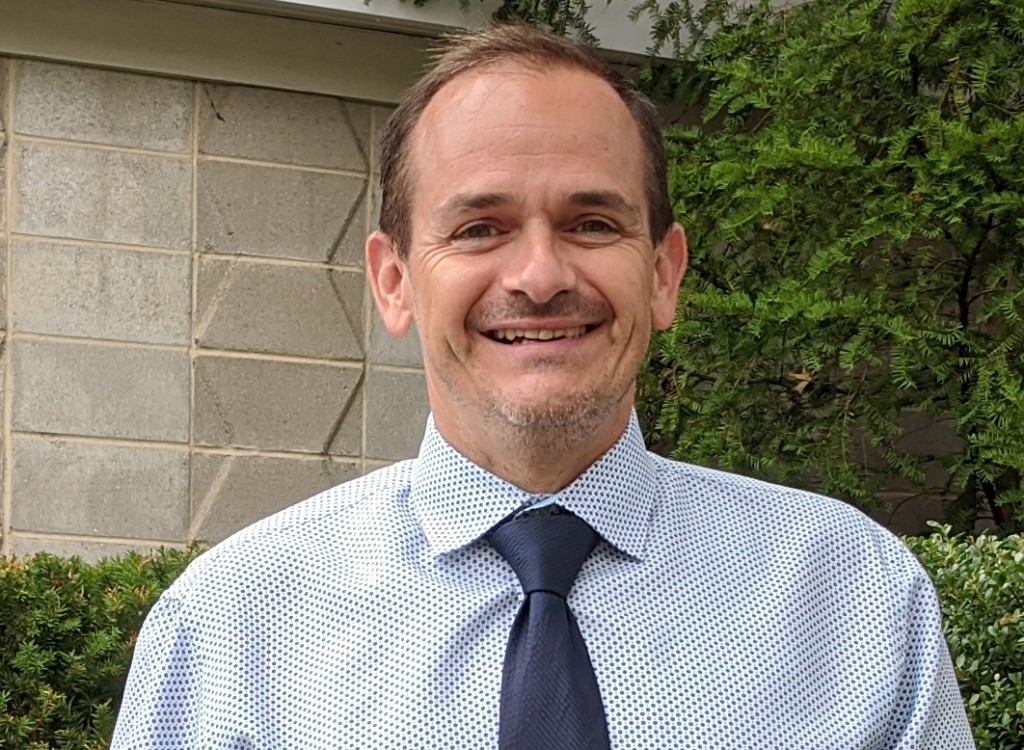 Earlier this month, Collingswood and Oaklyn Superintendent of Schools Scott Oswald announced his intention to retire from both districts.

He’s helmed Collingswood schools for 14 years, and Oaklyn for nine.

In that time, the districts, which have a student send-receive relationship, have only grown closer.

Oswald has overseen ballot questions to improve each district, some successful and others not.

He’s helped parents learn more about the impact of standardized testing requirements on their kids, navigated extraordinary intervention by local police in school discipline issues, and outlasted the proposed dissolution of a send-receive relationship with Woodlynne.

We spoke with Oswald about his decision to retire, the challenges of reopening school during a pandemic, and what’s next for him as well as for both school districts. Answers have been edited for clarity and length.

NJ PEN: It came as a surprise to many when you formally gave notice that you’d be leaving your job as superintendent of the Collingswood and Oaklyn public school districts. What was behind that decision?

SCOTT OSWALD: It’s a combination of things, but the biggest factor is, it’s just time. It’s just time to pause for my own good, and say, “Maybe there’s other things out there for me to investigate and do.” There are areas I’m passionate about that I can’t spend time on.

NJ PEN: What are some of the things you’d like to have more time to do?

OSWALD: I’m really passionate about equity issues; about the need to diversify the teacher workforce to better serve our students that have been traditionally under-served during the years.

I have a lot of learning to do, and in this climate, there are a lot of opportunities to shake things up and make some good change. I don’t have the time personally to really have that impact. I do as much as I can through my channels and through my team, but it’s bigger that that.

NJ PEN: When is your planned departure date? Is there another specific opportunity on your horizon?

OSWALD: February 1, 2021 is a target, but I’m not rushing off to go do something else; if they’re not quite ready, I’m not going to leave them out to dry.

I think I’ll probably still work in education somehow. There’s a lot of opportunity in areas of equity, social justice, and anti-racism education.

Those are areas of interest for me because, as our country becomes more diverse, those kids have to be successful if we’re going to survive.

NJ PEN: Would you rather see the districts find two individual superintendents to replace you, or one candidate to fill both positions?

OSWALD: I would hope they could find one person, only because the districts right now are so intertwined. It’s important to me at many levels that everyone keeps rolling in the same direction.

The other side of that is you have to find somebody who wants to take on two districts. It’s tough to have one boss; I have 19 bosses. I’ve been very fortunate in both districts to have really student-centered boards of education whose primary concern was, “Is this good for kids?”

NJ PEN: Looking back over your time in Collingswood and Oaklyn, what are some of the things you’ve been able to accomplish?

OSWALD: When I arrived in this area, we had school boards in Collingswood and Oaklyn that not only didn’t speak to each other, but—at least in my perception—really didn’t like each other. Everything was a battle.

Now you’ve got three boards among Collingswood, Oaklyn, and Woodlynne that really work together. The last couple years, we’ve really connected some dots that were missing before in terms of curriculum and alignment. Over the years, that’s going to really help to enhance the transition into Collingswood. Bringing the Oaklyn kids to Collingswood in sixth grade opens up opportunities that they didn’t have before.

We’ve done really good work in Oaklyn and Collingswood, and I would like to see that continue in some form. Both districts were two of the first in the area to really embark upon this one-to-one device initiative. I think we did it well because technology was more the journey than the destination. Our staff has worked to figure out how to make those devices real teaching tools.

Oaklyn is just now finishing up its referendum from last year; that entire project happened in the midst of a pandemic where our stuff was delayed for months.

The community should be proud of that effort, as well as proud of their building. The board there is tremendously focused on kids.

Overall, we managed to do good, and do it in an efficient manner that really benefits kids and taxpayers at the same time, and that’s not always easy to do. People’s taxes go up each year, but all I can say is how much more your taxes would’ve gone up if we hadn’t [driven these efficiencies].

NJ PEN: When you look back over your time spent in Collingswood and Oaklyn, is there anything you wished you’d been able to accomplish, but haven’t?

OSWALD: One thing I wish we’d done better, and it’s not for lack of trying, is diversifying our teacher work force. There’s mountains of research that show how good that is for kids of all races.

Not only does the stadium issue remain, but there are other facilities issues. We have a good draft of an equity plan that needs a little community feedback, but in Collingswood, equity can’t really happen until you look at how you arrange your elementary schools.

From an educational standpoint, there’s not a lot of upside having a lot of little schools scattered around town. The buildings in Collingswood are 100-plus years old, and they are not efficient in terms of use of space. These tiny little corner schools are great for a hometown, but not efficient. You can’t want that and your taxes to be low.

Another thing that’s on the horizon is a massive teacher shortage. From a hiring perspective, it’s going to get really scary. We used to post for one elementary-school teacher opening and get 1,300 applications for it; now we’re lucky if we get 50—and those are the easiest to fill. In one year, we got six applicants for a middle-school position. It’s going to get to the point where you’re not going to find people. 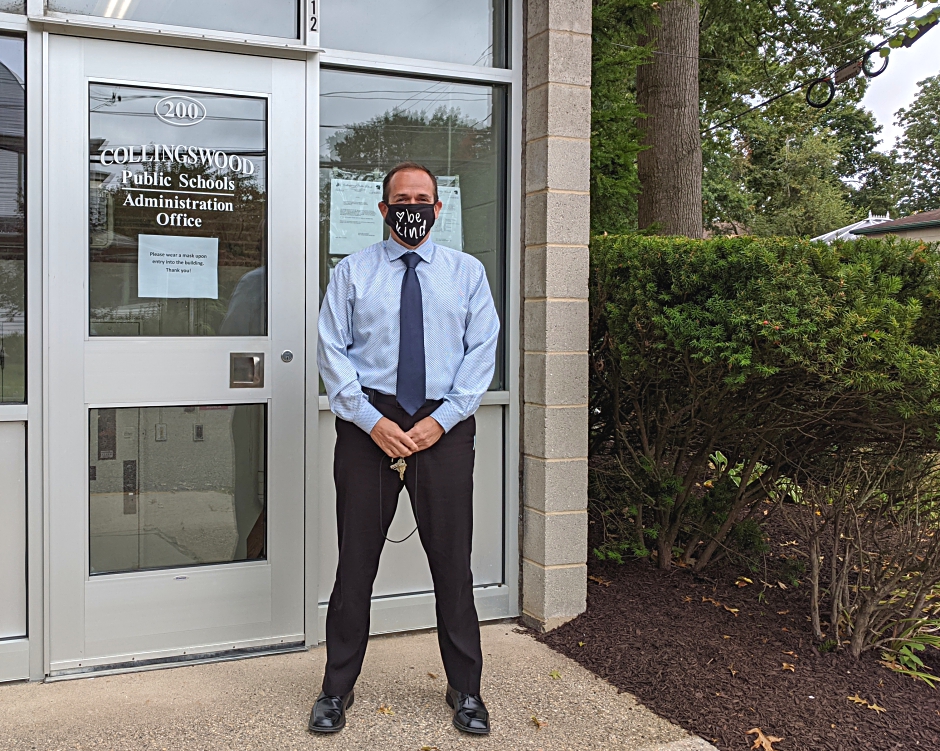 NJ PEN: Lots of parents of school-aged children don’t necessarily understand what went into planning for going back to school this fall.

Can you talk about what went into shaping a COVID-safe plan?

OSWALD: I couldn’t have been more fortunate in Collingswood and Oaklyn that whenever we had to make a decision, we did a pretty good job of listening to the community.

A good chunk of our [COVID-19 reopening] plan is based on requests that came in from community members, and parents in particular.

We didn’t do this in a vacuum, and I can’t thank enough the folks in the community who spoke up and said, “We understand this is going to be difficult, but here’s what we really need.”

What’s missing has been a complete lack of leadership from the state Department of Education. We received a toolkit of remote learning resources from the state September 4; our first four professional development days ended September 4 at 3 p.m.

Everything is a day late and a dollar short. June 26 is way too late to hand us a state plan that you’ve had months to work on and say, “Get this done in a month,” and then a month later, hand us a checklist to decide if we’ve hit all the elements of the plan. Everybody understands this is changing constantly, but you need to make a decision.

NJ PEN: Like Collingswood and Oaklyn, a number of districts across New Jersey switched to an all-remote start after the state gave them the option. Superintendents are saying now that staffing issues are making it harder to reopen. Have you experienced those challenges?

OSWALD: Our biggest challenge is staffing. In New Jersey, we still have no [reopening]checklist box that says, “I can’t open because I can’t staff.” That’s a pretty legitimate reason right now. I don’t care how good your plan is if you can’t staff your buildings.

There is a lot of confusion about who can come to work and who can’t come to work. Nobody wants to come in and get anybody else sick, and we have a strong number of teachers who have pre-existing conditions. 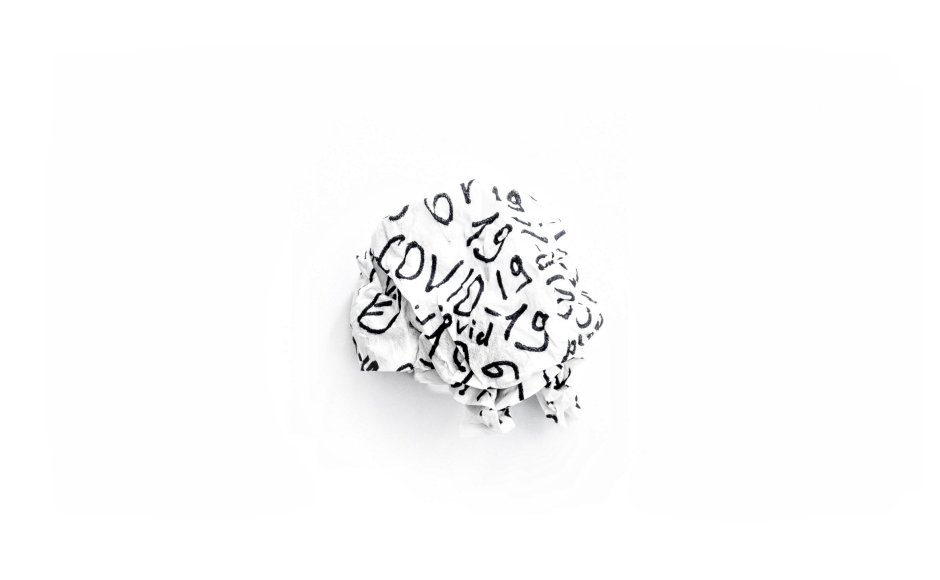 We opened up our training, and on Day One, we had somebody [notified that they had been around]  somebody who tested positive.

That person was with a couple teachers working to get ready, and didn’t know their status. We had to send that person home.

The things that are outside of our control have nothing to do with the ventilation system; it’s to do with human behavior when you’re not doing what we’re all supposed to be doing.

[COVID-19]  is going to come into school from what people are doing on the weekend. The safe thing to do is stay home, but how many people can stay home before we can’t safely supervise your kids anymore?

NJ PEN: As your time winds down in both districts, is there any message you’d like to share with the school communities in Collingswood and Oaklyn?

OSWALD: They have to move away from this toxic social media nonsense. It damages their community; it damages the people who are working hard for their kids. People say all kinds of things online that they would never say to your face. Stop with the keyboard-warrior stuff; it’s destroying your community. We are not running the school district by Facebook.

It’s easy to cast aspersions when you don’t know the work that’s gone behind something, even something that doesn’t work out. The people in town who are taking leadership roles want what’s best for their community. It doesn’t make them bad people because they don’t agree on everything.

I do think the pandemic has given us an opportunity to really look at a lot of the inequity that exists. Let’s get to the core of these issues, and let’s tackle those things and figure out what we can do about them. At the end of this crisis, if we’re not better than we were before, then we’ve lost a critical opportunity.