The incident, which occurred June 9, remains under investigation by the New Jersey Office of the Attorney General. 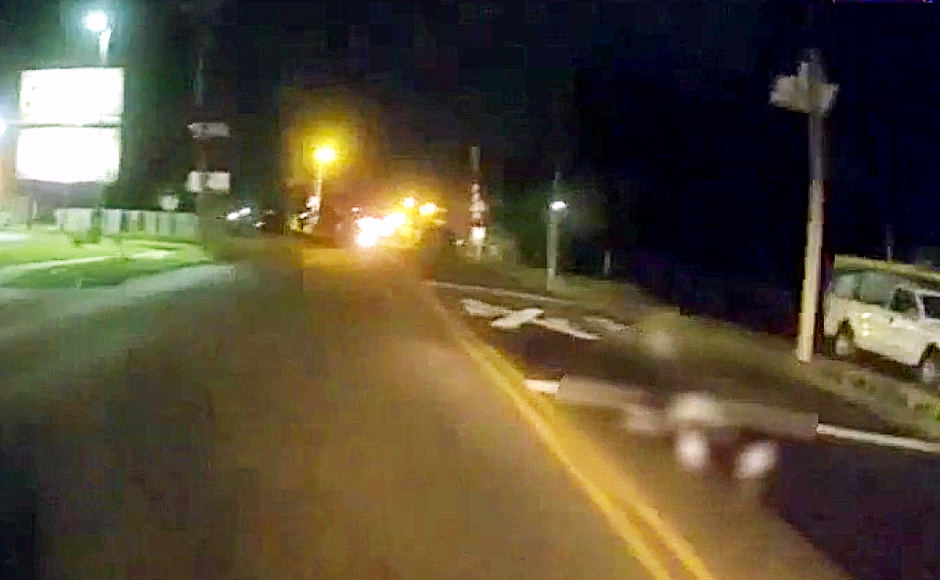 Zandra Baez of Camden City lies in the roadway after having been struck by Camden Metro Ofcr Kevin Gilbert. Credit: NJ Pen.

Footage released by the New Jersey Office of the Attorney General (OAG) offers greater detail into a fatal traffic incident in which a Camden Metro Police Officer struck and killed a pedestrian in Camden City June 9.

Gilbert, Jr. was in uniform, on duty, and was not responding to any call for service at the time of the collision, the OAG said.

In response to an OPRA request filed by NJ Pen, the OAG today released footage from two security cameras across the street from the collision, as well as video from Gilbert, Jr.’s bodycam.

The video appears to show that after his car collided with Baez at the Woodlynne Avenue intersection, the officer continued driving for a few seconds, pushing the victim forward farther along the roadway an estimated 200-plus feet before exiting his vehicle across the street from an auto parts store.

In the video, the officer identified his location as “right in front of Pantry [1]. Food Market,” and then downgraded his assessment of the victim’s condition.

Despite digitally obscuring Baez’s body, the footage is graphic.

According to a statement from the OAG, “investigators discussed the matter with Ms. Baez’s relatives and provided copies of the videos to them for their review.”

“The fatal incident remains under investigation by the Office of Public Integrity and Accountability (OPIA),” the statement reads.

In New Jersey, the OAG investigates every death attributable to an encounter with law enforcement acting in official capacity, or while the decedent is in custody, according to a 10-step process.

Once that investigation is completed, the case will proceed to a grand jury to determine whether criminal charges will be filed.