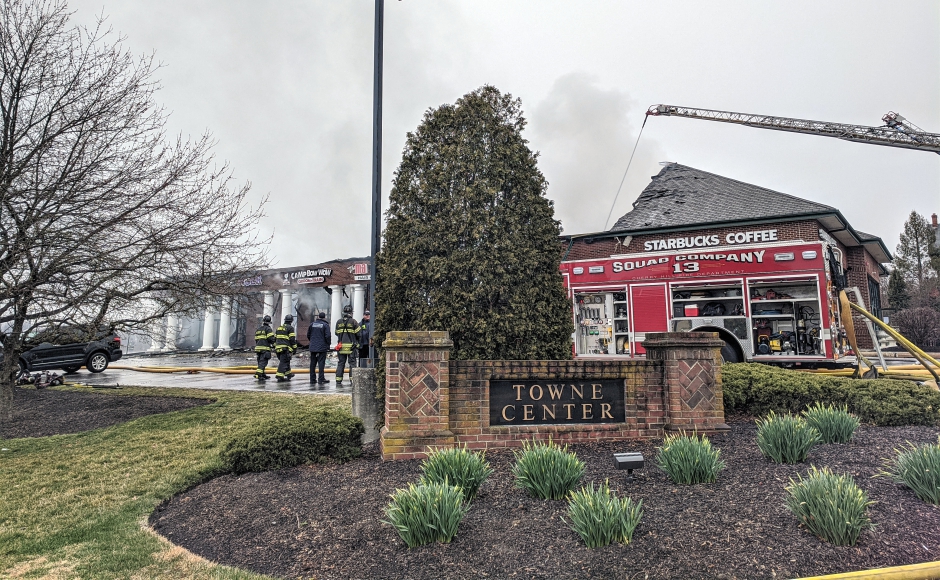 A fire devastated multiple businesses in a shopping plaza Friday morning in the Short Hills neighborhood of Cherry Hill.

Firefighters were dispatched to the Short Hills Towne Center plaza at 10:51 a.m. for reports of fire showing at the freestanding building in the 400 block of Evesham Road.

When they arrived on the scene to heavy smoke and flames shooting through the roof of the building, additional resources were called in, said Cherry Hill Fire Chief Chris Callan.

Aid came from all six Cherry Hill fire stations as well as those from nearby Voorhees, Lawnside, Haddonfield, Bellmawr, Mount Laurel, and Pennsauken Cascade.

The fire was placed under control within an hour of the call going out, but the scene snarled traffic along Evesham Road well into the early afternoon, with flow reducing to a single lane approaching the scene.

The plaza is home to six businesses—Classic Cakes, The Hanger Boutique, Camp Bow Wow, the Make-Up Bar, Pho Huong Viet, and a Starbucks—that were gutted in the two-alarm fire.

Fortunately, Callan said, with the exception of the Starbucks, the businesses were unoccupied at the time due to a planned blackout for utility work. 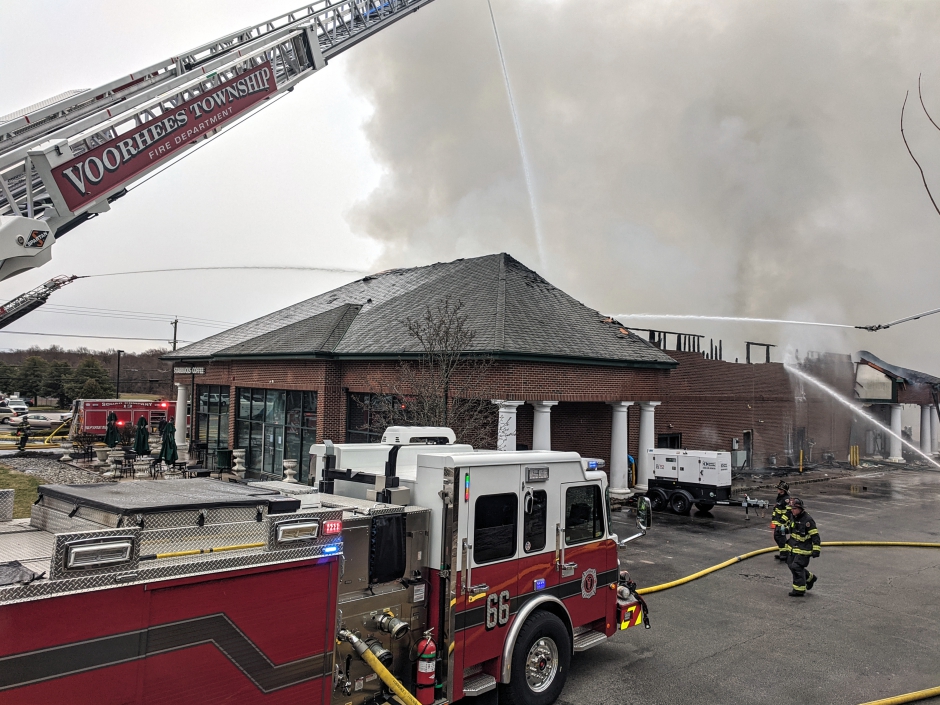 PSE&G Spokesperson Lauren Ugorji confirmed that the building owner had called to request a shut-off at the property for 12 hours overnight, but said that power had been restored by the morning.

Ugorji said she didn’t believe the fire was related to any work that the utility company was doing at the scene.

The cause and origins of the fire are under investigation by the Cherry Hill Fire Marshal, Callan said.

The Short Hills plaza has been the site of two other intense fires in the past decade-plus, as the Short Hills Deli there burned in 2008 and again in 2016.