Trending
You are at:Home»Business»Slipping Into the Cooper River with Cowboy Mike’s Canoe Rental

For $20, you can paddle out and explore the crown jewel of the Camden County parks system from the Cooper River itself, one hour at a time. 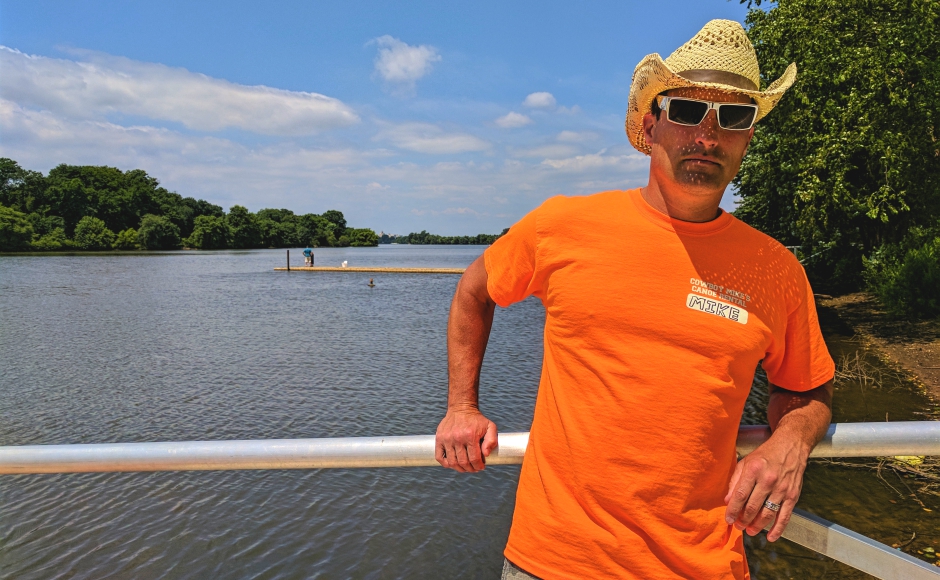 Be it peace, wonder, or a sense of communion with the natural world, “There’s something about getting out on the water,” said Mike Martin.

The U.S. Army veteran and father of three is hoping to share that feeling with more of his neighbors this summer, as he debuts the third location of his seasonal business, Cowboy Mike’s Canoe Rental, at Cooper River Park.

Martin, who teaches middle school social studies in Runnemede, said he’s got an entrepreneurial streak that stems from a childhood spent hustling for work. With summers off, he wanted to build a side business.

While working in the Pine Barrens for the state parks system, Martin bid on a canoe concession that had been vacant for a few years. After winning the job, all he needed was a name.

“Mike’s Canoe Rentals” was too close to “Micks Canoe Rentals,” an established business in Chatsworth—and besides, after sweating it out in the Pines, Martin had already been saddled with a nickname that was too good to shake free of.

“There was no shade where we were working,” he said. “I started wearing a straw cowboy hat for practical reasons. Folks started calling me ‘the sheriff’ and ‘the cowboy,’ so I just went with it.”

In 2012, Martin launched his operation with eight canoes at the Atsion Recreation Area in Wharton State Forest. By the following summer, he’d grown enough to take on a second location at Bass River State Forest. Five years on, Cowboy Mike’s Canoe Rental is in its first season at Cooper River Park. For the Cherry Hill resident, it represents an opportunity to work out of his backyard. 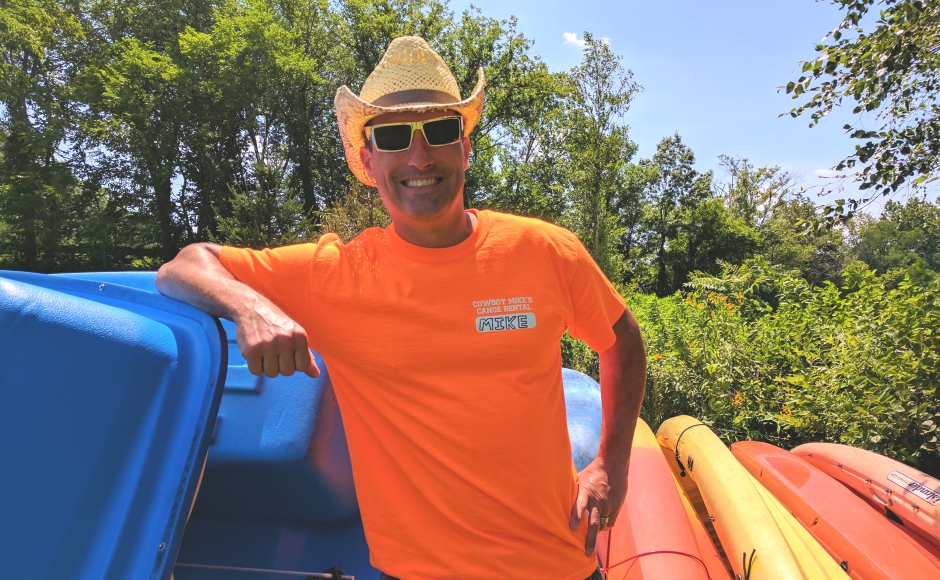 “Cowboy” Mike Martin poses with the fleet of kayaks and paddleboards he rents by the hour. Credit: Matt Skoufalos.

“I had always had in the back of my mind that I would like to put something in Camden County,” Martin said.

“There should be something here in the park that folks can  [use to] access  [the river].”

Together with his wife, Antonia, and his youngest son, Mike, a recent graduate of Cherry Hill West, Martin cleaned up the dock at North Park Drive and Cuthbert Boulevard, fenced it in to keep out the geese, and erected a utility shed to store his gear. Four days a week, the family sets up its signage, ties down the watercraft at the river’s edge, and waits for walk-up traffic.

It’s $20 an hour to take out a paddleboat or a single kayak, and $30 for a tandem kayak. Buy a two-hour package on Thursday or Friday, and Martin throws in two more hours; on Saturday and Sunday, it’s buy-two-hours-get-one-free. He said the pricing plan was crafted out of sensitivity to parents whose wallets could use a break.

“Some folks just want to be on the lake,” Martin said. “Then there’s another type of person who’s very adventurous or outdoorsy, and they want to explore as far as they can. To rent a kayak or a canoe in the Pinelands, you’re looking at about $60 to $65 for the day. It’s nice to have something for the folks here.”

That price also includes life vests and a strict notification about the boundaries of the course: from the Cuthbert Boulevard overpass, paddle boats are allowed to go as far as the array of flags that marks out Veterans Island. Kayaks can range wherever they’d like within the allotted time. Martin keeps a boat on hand in case anyone gets into trouble, but he boasts a perfect safety record. 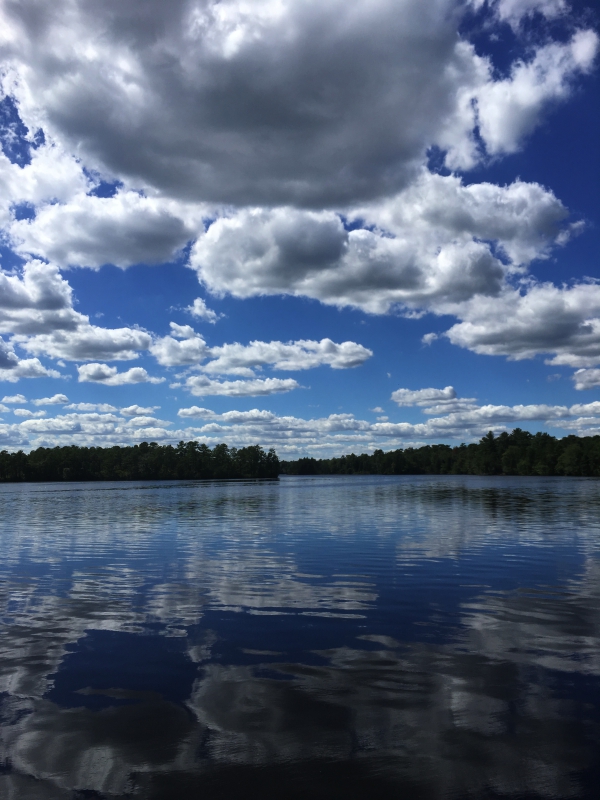 On the lake. Credit: Mike Martin.

“Just show up,” he said. “I have plenty of equipment. I haven’t run out of anything yet.

“I’m very flexible; I cater to my customers’ needs.”

Martin grew up in Springfield, and the Burlington County outdoors was part of his upbringing.

He reasons that people who haven’t spent a significant amount of time in waterways like the Cooper River can benefit from the shift in perspective.

For those who might not have the money to buy their own boating equipment or the place to stash it, he’s offering an intermediate solution.

“If you’re the type of person who’s going to do it every week, you’re going to buy your own stuff, and you should,” Martin said.

“For most folks, you’re going to do it once or twice a year,” he said. “It’s nice to have the option,” he said.

Cowboy Mike’s Canoe Rental is open from 11 a.m. to 5 p.m. Thursday and Friday, and from 10 a.m. to 5 p.m. Saturday and Sunday. Boats launch from North Park Drive in Cherry Hill, just a few yards out from the Cuthbert Boulevard overpass.