In a year marked with distinct challenges, five craft breweries collaborate again for an anti-hunger cause, while launching a parallel effort in Virginia, too. 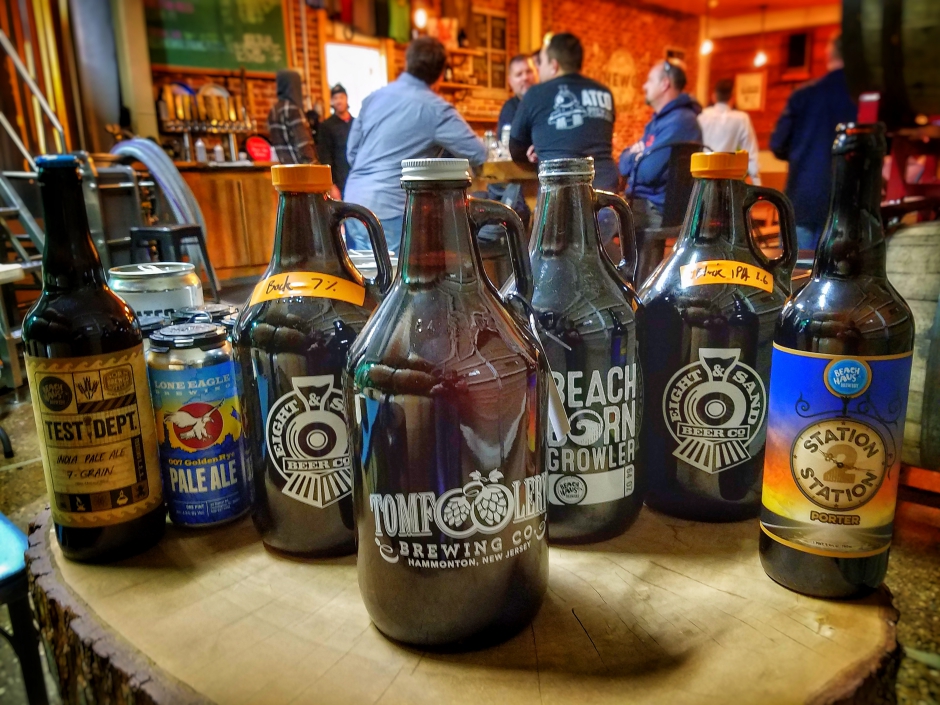 Like many customer-facing retail businesses, New Jersey’s craft beer industry has been challenged to make some big changes in the face of the novel coronavirus (COVID-19) pandemic.

Tasting rooms, which yield a significant percentage of revenues for micro- and nano-breweries in the burgeoning market, were shuttered to in-person service for months, along with the bars and restaurants that purchase many of their products.

Those entities that could increase production and grow a broader distribution network managed to stay afloat; those that weren’t able to can or bottle their products for shipment white-knuckled their way to a summer reopening.

With summer giving way to fall, and the holidays during which loved ones traditionally gather, the shadow of the pandemic still looms large. In-person, indoor gatherings are being blamed for the latest, recent surge in new infections in New Jersey, and health officials urge caution even among extended family.

Nonetheless, a handful of South Jersey breweries haven’t just reconvened a charity fundraiser for their third consecutive year, they’ve expanded the scale of their goal.

“If you told us that during COVID, we’d manage to not lay anyone off, and on top of that, we’ll brew a beer where you donate all the money from it to charity, it would seem crazy to most people,” said John Dalsey, marketing director for Double Nickel Brewing Co. of Pennsauken.

“Not only is it necessary to do it, but to make it bigger,” Dalsey said. “A lot of our communities are hurting worse, and it’s necessary to support them.”

The collaborative effort, which falls under the banner of Double Nickel’s in-house charity, CollaborAid, involves contributions from Cape May Brewing., Tonewood Brewing of Oaklyn, Urban Village Brewing of Philadelphia, and for the first time this year, Source Brewing of Colts Neck. 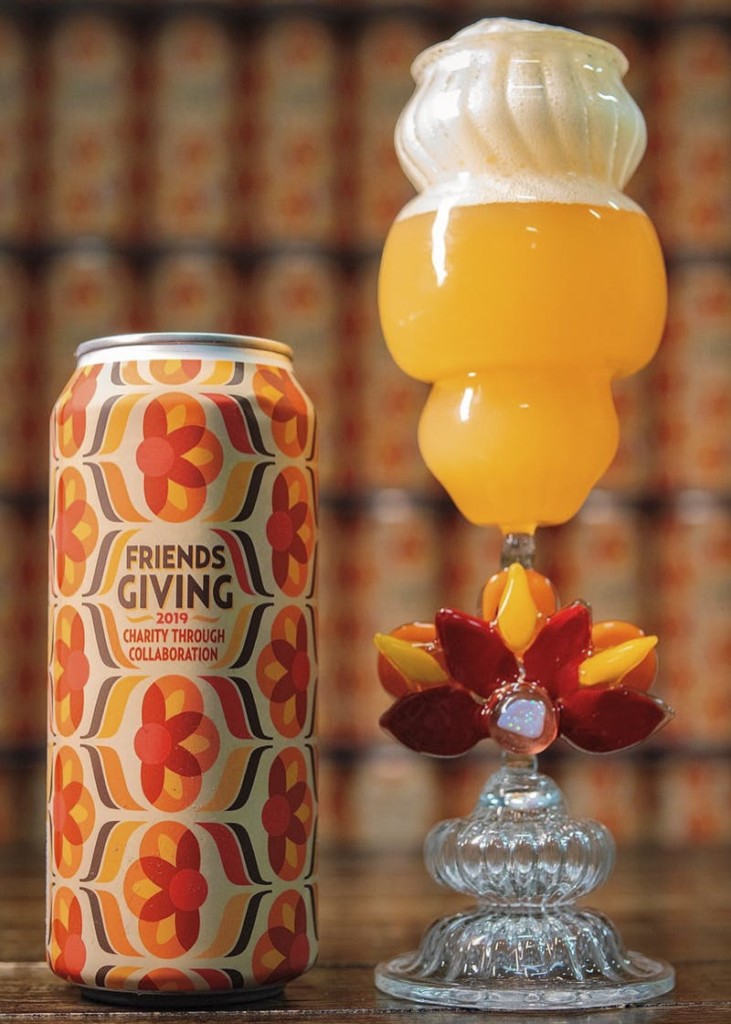 Dalsey describes the result as yielding “a juicy IPA with some rye in the malt bill to give it a festive, Thanksgiving twang.”

Last year’s Friends Giving brew yielded about 1,200 cases of beer; this year, the brewers are aiming to increase that yield to 2,000 cases.

They’re hoping to sell at least $100,000 of it, all of which will be donated to a variety of local charities.

The beneficiaries of this year’s batch include Cathedral Kitchen and the Virtua Mobile Farmers Market, both of which are headquartered in Camden City, Philabundance of Philadelphia, and the Egg Harbor Township-based Community Food Bank of NJ.

“Food insecurity is a keystone issue that’s prevalent in every community,” Dalsey said. “It’s hard to work on other issues you might face if you don’t know where your next meal is coming from, and it’s extra-important to be conscious of that during COVID.”

‘When COVID hit, 100 percent of our business went away’

The pandemic has dealt each of the brewers a different set of challenges, the most common being the months-long closures of their respective tasting rooms.

Those entities with a less sure footing faced different circumstances. Colts Neck-based Source Brewing, a new addition to the Friends Giving collaboration this year, was a few months shy of its one-year anniversary when the pandemic hit. For an operation established as a farmhouse tasting room, the shutdown that followed was devastating. 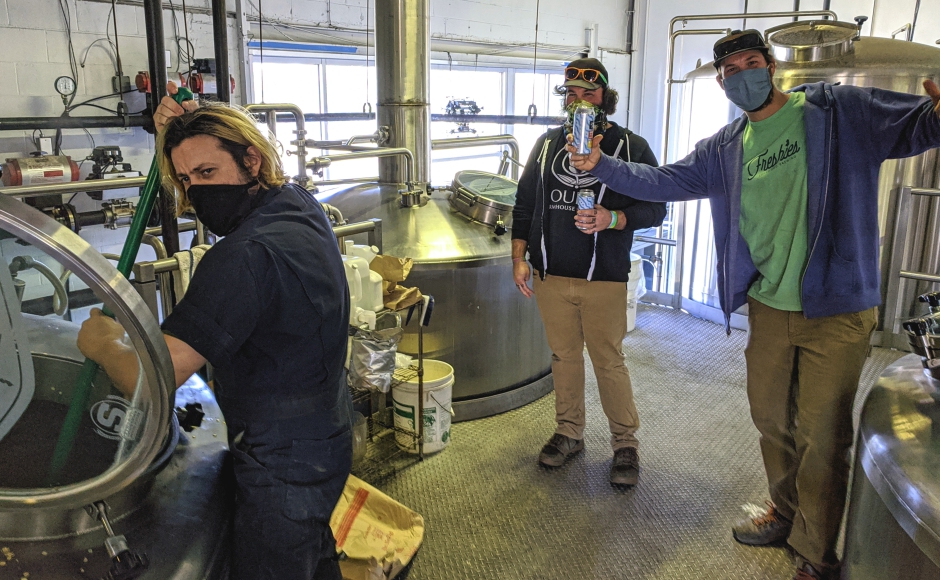 “When COVID hit, 100 percent of our business went away,” said owner Philip Petracca.

“We started to package our products in cans and bottles, and we’ve been very fortunate that demand has exponentially grown.”

After that pivot, Source began focusing on charity beers.

Friends Giving is the sixth such charity brew in which it’s participated since the pandemic hit, “and the cause definitely fits with the type of outlook we have,” Petracca said.

“Going through the growing pains of opening a business, and then getting hit with a global pandemic and having your business model thrown out the door… the thing that we’re most grateful for is that we’ve been able to sustain it.”

Cape May Brewing Packaging Manager Mark Graves said he’s proudest of the way his coworkers have “adapted with the biggest curveball that you could think of,” and hopes the convivial spirit of the collaboration will reach the customers who drink it.

“With so many people going through hardship right now, it’s an idea that maybe we could share in their in-home experience,” Graves said. “Within our own brewery and the community here, it’s just banding together, helping each other out, trying to move along, go forward.”

“It’s nice to know that people see what the vision is and they want to help out,” said Jake Irving, Distribution Manager for Tonewood Brewing. 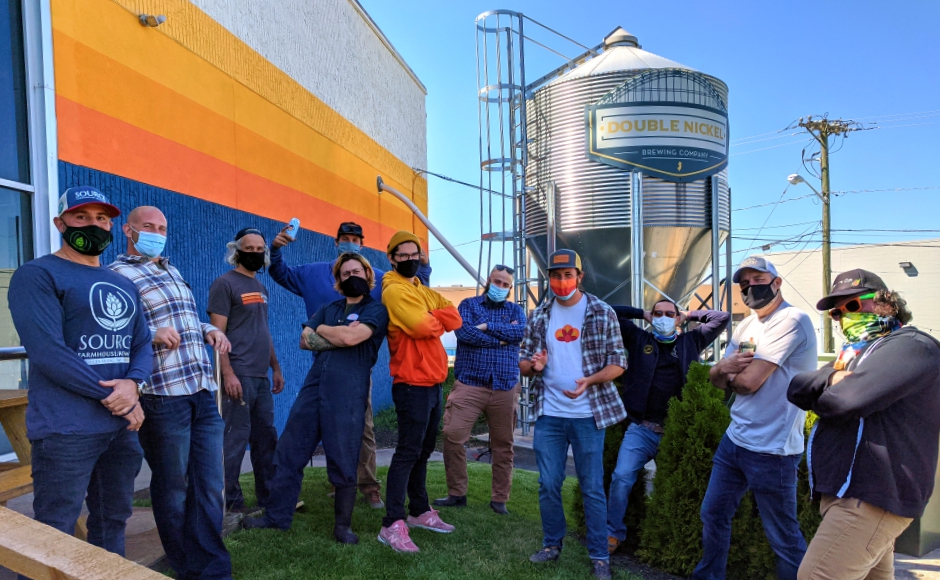 “Everything in this environment’s different right now, but it’s nice that we can still be part of that table experience among everyone who helps purchase the beer,” he said.

“It feels like we’re still involved in people’s family gatherings.”

“This industry’s so cool that everyone’s willing to help each other, and to see that spread, the ideology,” Irving said.

“People may see all these small breweries as being in competition, but working together helps promote the beer industry as a whole,” he said.

Dave Goldman of the Philadelphia-based Urban Village Brewing said the expansion of the charity model is gratifying to see.

“It’s exciting that it keeps happening and getting bigger, in spite of everything going on in the world,” Goldman said. “Changing it adds to the consumer excitement that you’re trying something new.”

Solace Brewing Company will release its version of Friends Giving in Sterling, Virginia on October 29 as well, with limited distribution throughout Virginia, and Washington, D.C.