Trending
You are at:Home»Government»Camden County»South Jersey Fireworks, Parades Re-Scheduled Due to Weather

Make-up dates have been announced in several towns. Here’s a roundup.

Hurricane Arthur is making its way up the Atlantic coast, sending municipalities with Friday evening fireworks celebrations back to the drawing board.

Although the bulk of the weather is expected to wrap up by Friday night, the accumulation of up to two-and-a-half inches of rainwater has most of the area on a flash flood watch until noon on Saturday.

Want to know if your town’s shows are still on? Here’s a recap of the latest available information. 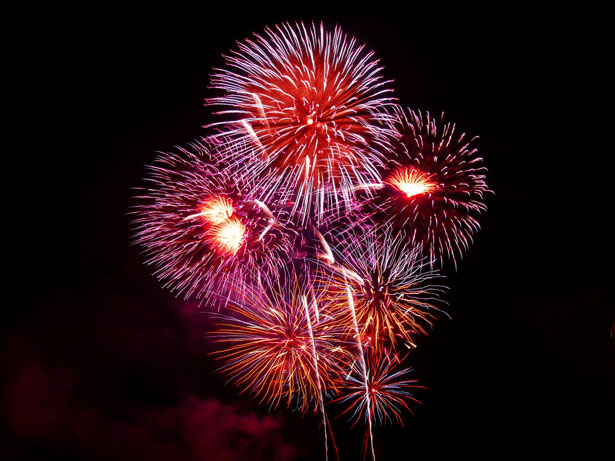 Audubon
The borough hasn’t cancelled its fireworks celebration yet, and notes that Friday’s 8:30 p.m. Fourth of July parade will be held, rain or shine.

In the event of severe weather, Audubon will move its fireworks show, held at Audubon High School, to Saturday, July 5.

Barrington
Barrington has cancelled its July 3 parade and moved its fireworks display to 9:30 p.m. on Sunday, July 6.

Friday trash pickup in the borough has been moved to Saturday, July 5, but recycling will still be collected Thursday, July 3.

Collingswood
The borough has announced no plans to shift its fireworks show, scheduled for Friday, July 4, at the Collingswood High School. Guests, take note: new parking restrictions will be in effect this year that will close Knight Park and areas around the high school to vehicle traffic starting early Friday morning.

Collingswood has moved its Friday trash pickup to Saturday, July 5. Its regular trash collection schedule will resume on Monday, July 7.

Haddonfield
The Haddonfield fireworks display has been moved to Sunday July 6 at the Haddonfield Memorial High School. Gates open at 7 p.m.  The annual Fourth of July parade will still be held at 10 a.m. on Friday, July 4.

If you’re bringing a chair, food, drink, or gum to the show, the borough cautions, those items will not be permitted on the artificial turf of the high school football field.

(The borough noted on its announcement that this year’s fireworks are sponsored in part by the New Jersey American Water Company, which has submitted a $28.5-million bid to purchase the local water and sewer system.)

All Fourth of July events in the borough have been moved to 9 a.m. Saturday, July 5, except for the Firecracker 5K.

Haddon Township
Haddon Township fireworks have been rescheduled to Saturday, July 5, at 7 p.m. The event will still be held at the Haddon Township High School football stadium, and will also offer inflatable bounce amusements for children and live music. Refreshments will be available for purchase.

Friday trash, recycling, and yard waste pickup has also been postponed due to the holiday.

Oaklyn
No announcement has been made from the Oaklyn borough as to any change in its Fourth of July plans. The day kicks off with fire engine rides in the parking lot of the Oaklyn Manor bar and PNC Bank at 8 a.m., a bike parade at 10 a.m., and refreshments at the conclusion of the parade at the Oaklyn Public School.

Collections will be taken for the Oaklyn Food Bank and Camden County Animal Shelter during the events.