A series of petty disagreements between neighbors in the 500 block of Haddon Avenue intensified into a fight in which a pharmacist allegedly attacked a chef with a shovel. Charges were filed Wednesday.

UPDATE: (August 5, 2020, 11 a.m.) On Tuesday, August 4, Brian F. McBride, 42, was arrested at his Washington Township home, and was charged in connection with Monday’s incident.

All persons accused of a crime are innocent unless and until proven guilty in a court of law. An arrest is not a conviction.

An alleged altercation between staff at two neighboring Collingswood businesses sent one person to the hospital with a head injury and may result in criminal charges for the other.

Multiple sources say the disagreement began just before noon on August 3 in the 500 block of Haddon Avenue, when a chef at Macona BBQ exchanged words with Brian McBride, whose wife owns Cup of Bliss Coffee, the business next door.

An eyewitness said things escalated from a loud argument into physical violence.

It culminated in McBride allegedly striking the chef in the head with a heavy wooden shovel, concussing him.

“The last thing I heard was Brian yell, ‘Get off my property!’” the witness said. “He had the doors open to his cellar, and he was standing at the top of the steps, swinging a shovel.”

The witness then allegedly saw McBride strike the chef in the head, while his wife screamed “Stop it!”

“[The chef’s]  body tensed up, and he went down and hit the concrete,” the witness said. “It was 30 seconds of chaos, and then the police were there.

“I want everyone who I can tell to know that [the chef]  was not the aggressor in this,” the witness said. “I was very, very concerned that he was seriously injured because he took a shovel to the head.”

The chef was transported by EMTs to a nearby hospital, where he received multiple stitches and a diagnosis of a concussion; his alleged attacker wasn’t arrested until Tuesday evening.

The violence marks the height of a series of escalating confrontations between McBride, a pharmacologist from Washington Township, and other tenants on the block over neighborhood concerns, from parking to trespassing to other perceived slights.

Multiple neighbors, who did not wish to be identified due to fear of reprisal, cited ongoing encounters with McBride that they say he initiated in one form or another.

“It’s a liability,” one said. “I’ve talked privately with some of the other residents, and they don’t feel safe with him. There’s concerns that they’re going to run afoul of Brian; that he’ll try to intimidate people by calling the cops.” 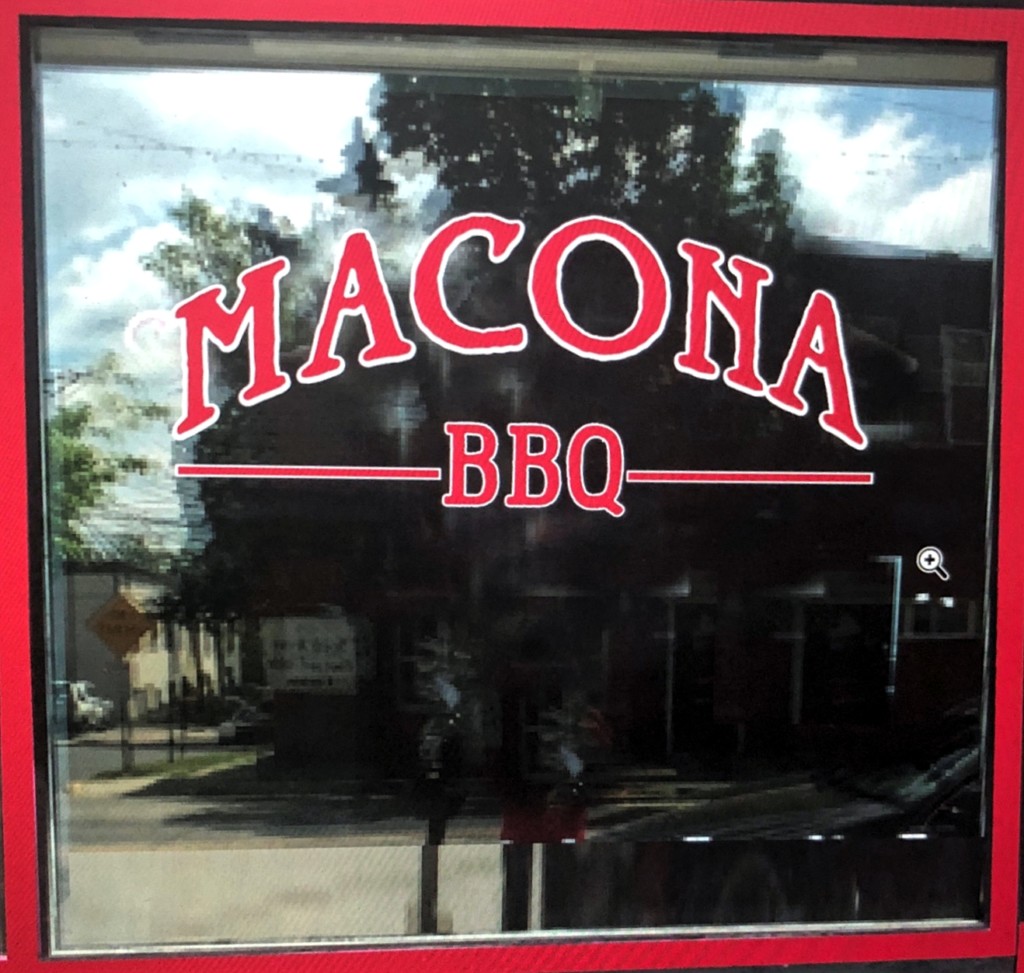 Macona owner Cory Reuss, who wasn’t present at the time of the incident, said McBride hasn’t been shy about phoning in complaints to police over issues that could otherwise have been settled with a personal conversation.

To wit: McBride openly brags that he once tracked down a customer who left a negative online review of Cup of Bliss, and complained to the reviewer’s supervisor that it had been done during work hours.

Reuss suspects that McBride has even called the health department to complain about his restaurant, an act Reuss views as a spiteful offshoot of a pattern of “not talking and having the police come out.”

“It’s been six or eight months of [McBride]  calling the police continuously if there’s people parked in a spot; if employees park in the metered spot and it expires,” Reuss said.

“[McBride’s]  behavior has gotten ‘No Trespassing’ signs put up in the backyard [of the block]  because people don’t want him in their backyards,” he said.

“This guy has already been brought into meetings with neighbors and tried to mediate things, and he will not do anything,” Reuss said. “It’s all him. It has nothing to do with his wife or their employees.”

Reuss said he wants McBride barred from the premises before things get worse.

“What he did yesterday was highly illegal,” Reuss said. “Now that it’s going to this extent, I wonder what our next step is as a community.”

A call to Cup of Bliss seeking comment was referred to McBride’s attorney, who did not respond as of press time. Collingswood Police have deferred comments to the Camden County Prosecutor’s Office.