After two years of making tattoo equipment at The Factory, Jeff Miller is ready to relocate to Haddon Avenue. But first, he’ll have to overcome zoning law–and possibly, popular sentiment.

For the last 12 years, tattoo artist Jeff Miller of Runnemede has honed his craft at Body Art, the Stratford-based shop where he worked his way up from apprentice to proprietor.

The business has grown with his career in that decade-plus, and now Miller believes it needs a change of address to realize the next stage of its potential.

With a conditional lease in hand for the former Michael Bruce flower shop property on Haddon Avenue in Collingswood, the tattoo artist only has one more hurdle to overcome: local zoning law.

Miller’s appeal could establish a precedent by which the remainder of the downtown would be governed in the future, however. As such, that question demands that the board of appeals must consider it in the context of what kinds of businesses for which the zoning law currently provides in the downtown district, and whether tattoo shops in general should be granted an exception to operate there.

A decision is expected at the June 3 meeting of the borough zoning board. In advance of that date, Miller held a community meet-and-greet at The Factory on Fern Avenue to try to intercept objectors and plead his case one-on-one with residents.

“I want to be able to take my business to a community where it’ll be appreciated,” he said. “There’s a nice bustling downtown [in Collingswood], and it has a real strong artistic drive behind it.

“I want to be able to find a home where the type of work I do will be appreciated, and that’s why I think Collingswood is a good choice for me,” he said. 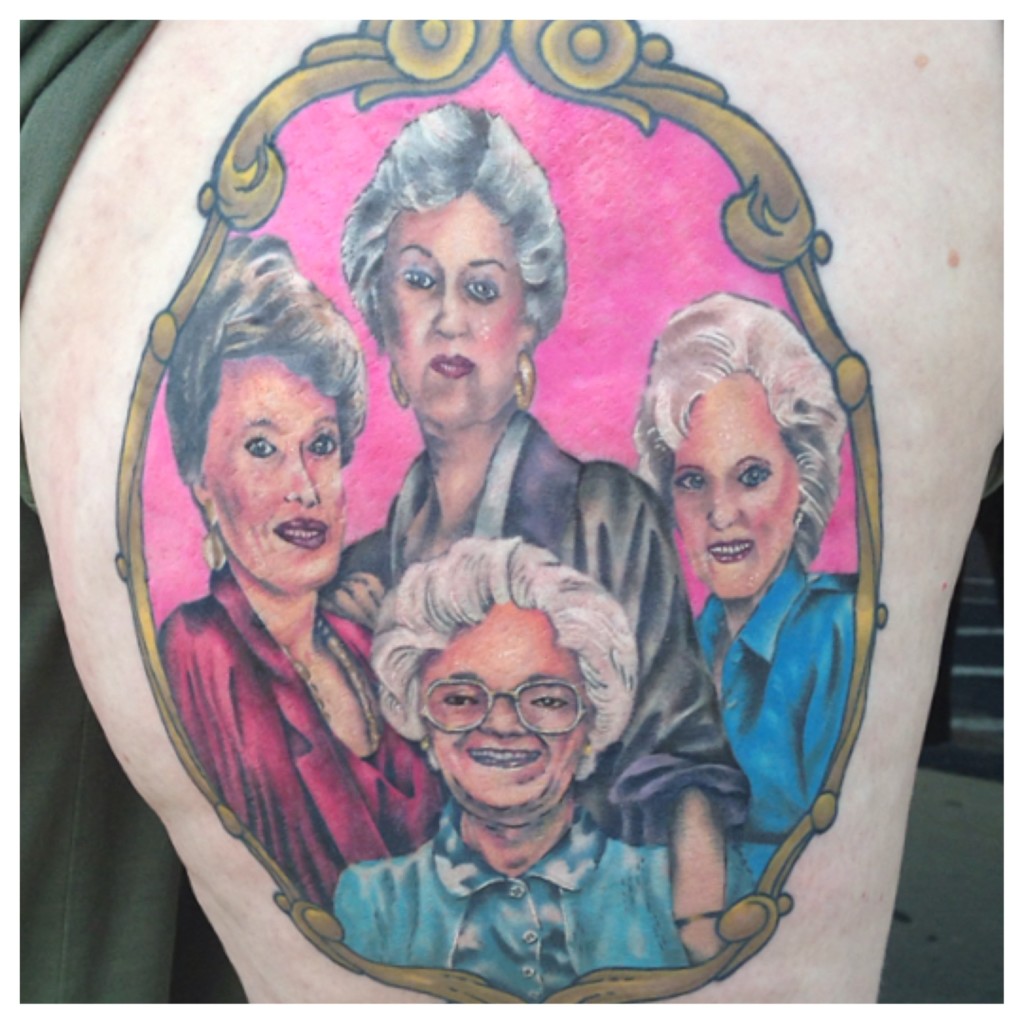 Miller describes himself as a “well-rounded” artist, facile in multiple styles of tattooing. Together with a staff of three to five other artists, he envisions creating a combination tattoo studio and art gallery that showcases the variety of media in which his artists operate.

“We’re not going to be doing ‘You pick it off the wall and we slap it on you,’” he said.

“[We provide] consults, styles, elements of the image that [customers] want to make part of their [lives]. Then we take that and make a one-off for them.

“The main distinction for me is that the focus is on custom artwork,” he said. “There’s street-shop tattooing and there’s custom work. We’ll be doing primarily custom work.”

Miller also expressed his hope of hosting traveling celebrity tattoo artists for mini-residencies that he said will draw new dollars into the downtown business area as well as top-tier industry talent.

Together with the profile of his existing roster of artists, he hopes to establish his business—which will be called Golden Age Tattoo and Gallery—as a destination attraction for the Collingswood downtown.

“I think that the space is uniquely fitted for my business,” Miller said. “The arched ceilings and crown molding will be a beautiful space to feature an art gallery. People will be able to walk through for no other reason than to view the artwork.

“What I’m trying to create here is not your typical idea of a tattoo parlor of the past,” he said. “This is a high-end studio with a lot of fine amenities. You have your typical barbershop, and then you have a refined salon; this is a tattoo version of that.” 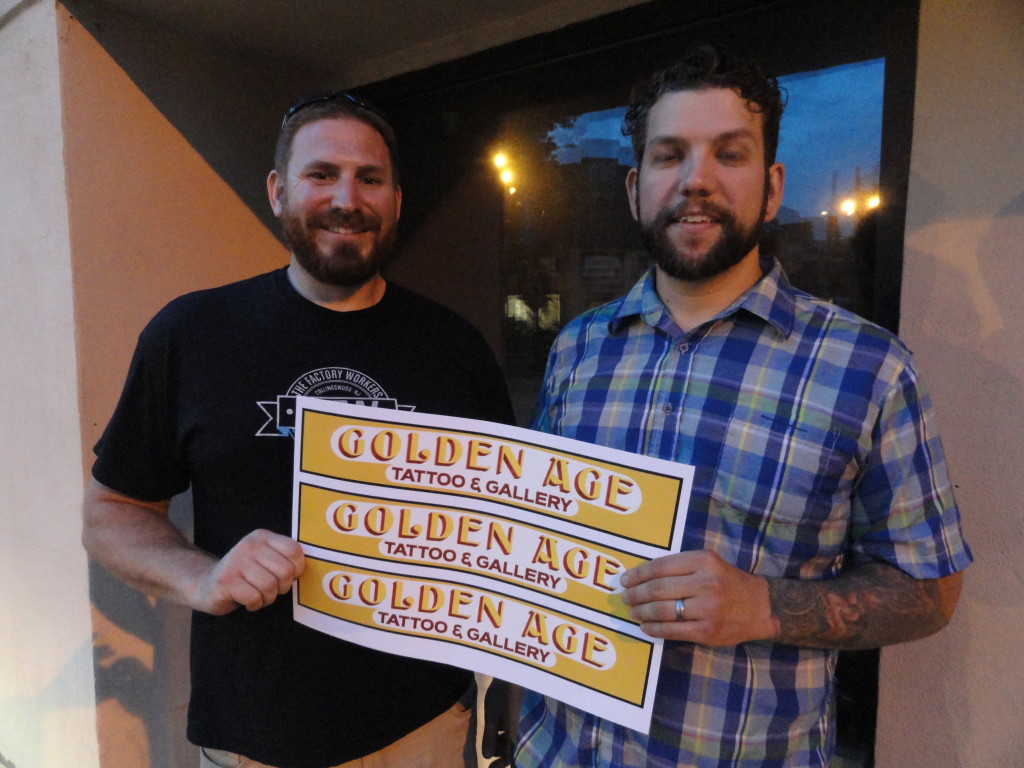 “He comes in here before work, knocks things out, and then heads into work, which is a good quality for someone trying to run his own business.”

Marchetty, whose makerspace has been through the zoning process multiple times in the course of obtaining use variances for The Factory and its start-up tenants, knows that the fate of Miller’s shop will depend, at least in part, on public support for the concept.

“I’ve been through it a lot,” Marchetty said. “I think if [Miller] comes up with the right business plan, he’s just going to have to follow the same rules and regulations as any other business in town.

However, Marchetty also believes that Miller’s business model is a good fit specifically for the space and for the Collingswood downtown business district in general. 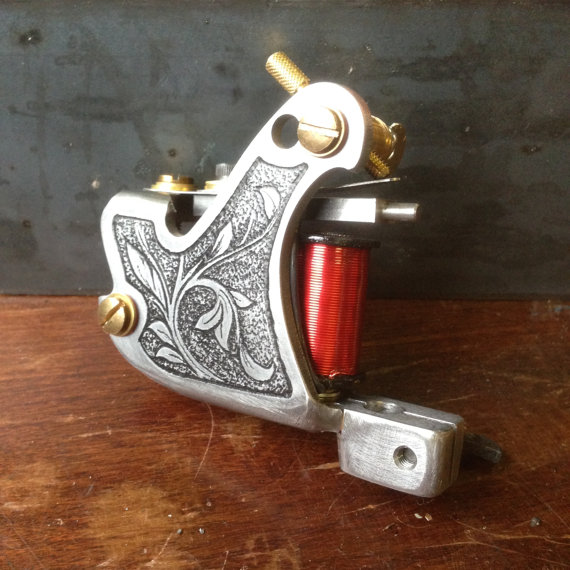 Tattoo clients often bring friends, who “after about 20 minutes…realize how boring it is [to watch their friend get tattooed]and they go to the pizza shop next door,” and those other dollars can have a multiplier effect on nearby businesses, Marchetty said.

“If [Miller]’s been successful at his other location, paying the same amount of rent in a smaller building, and there’s less traffic in front of his building compared to having it on Haddon Avenue, he gets more space at the same price point, and people are welcoming him into town,” Marchetty said.

“He’s already got a customer base following him. It’s across the street from the Speedline; it’s readily available and accessible.”

The building Miller’s chosen has a connection to The Factory, too–as the old box office, lobby, and restrooms of the Collingswood theater Marchetty converted.

Its unique architectural details include a mosaic tile fountain embedded into the rear of the space and vintage silhouette portrait signage over the old restrooms. Most obviously, its exterior boasts the frequently photographed, Haddon-Avenue-facing, “COLLINGSWOOD” façade.

But whether the borough symbolically wants the most referenced image of its name associated with a tattoo parlor is a decision that comes with no small amount of consideration. Even in a town where “almost all the moms at the PTA have tattoos,” Marchetty said, “the hardest part for him is getting people’s minds to change.

“I’d hate to see us lose that opportunity to have him into our central business district,” Marchetty said. “If it gets denied because it’s a tattoo shop and not his business plan, I’d be sick to my stomach.

“I don’t think we should discriminate against any business,” he said. “To have a vacant building or have a tattoo shop, I’m going to vote on the tattoo shop any day of the week. I think an empty building devalues the property tenfold, because it says that people aren’t buying into this place.” 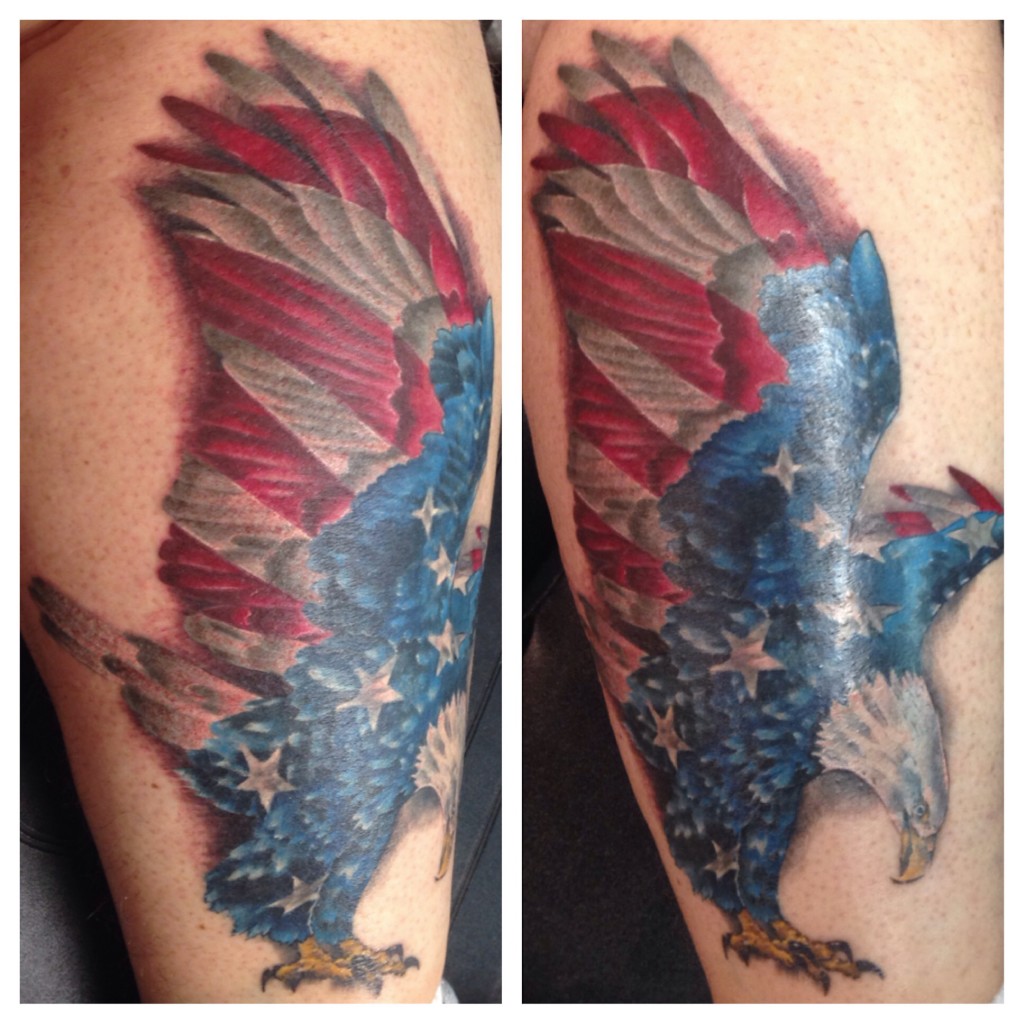 ‘A compliment to the town’

Collingswood Mayor James Maley declined to comment on the particulars of Miller’s case given its upcoming date with the borough zoning board.

Maley was, however, bullish on the economic health of his downtown. He pointed to new, mixed-use construction coming to vacant properties like the Frazer Avenue lot, and takeovers of other nearby buildings as evidence of that.

Whether Miller is successful in his appeal or not, Maley acknowledged that interest in the Collingswood business district is “obviously…a compliment to the town.

“It’s got a little bit of everything, and people are coming because they feel they can be successful with their business,” he said.

The borough has also begun to consider in greater depth questions of the identity of that business district for more than just tattoo shops. Collingswood recently closed a zoning loophole that would have allowed microbreweries to locate in town without obtaining a use variance. Public outcry during that process led the local government to reconsider its take on the subject, however, and Maley’s administration has actively been soliciting comment on the issue since.

“The breweries is something where we’re going through a process of what should our zoning be, and hearing from people, and after we hear from people, finding out what we think should be best for town,” the mayor said.

From Miller’s perspective, the feedback he’s heard both on social media and in person has been “overwhelmingly supportive.” He said that detractors seemed to him to be “speaking from their predetermined idea of what I might do in town,” and urged them to “listen to what I have to offer.”

However, if Golden Age is shot down in Collingswood, Miller said he will not hesitate to shop it elsewhere.

“This is just Plan A,” he said. “There is a place that will be happy to have me. My business is successful. Tattooing is my life. It’s the only thing I’ll be doing.”