Trending
You are at:Home»People»Thankful Family Pieces Together Details of River Rescue

After a Father’s Day accident, the Nicely family of Collingswood thanked the civilians and first responders who saved Adam, their husband and father, from a near-drowning. 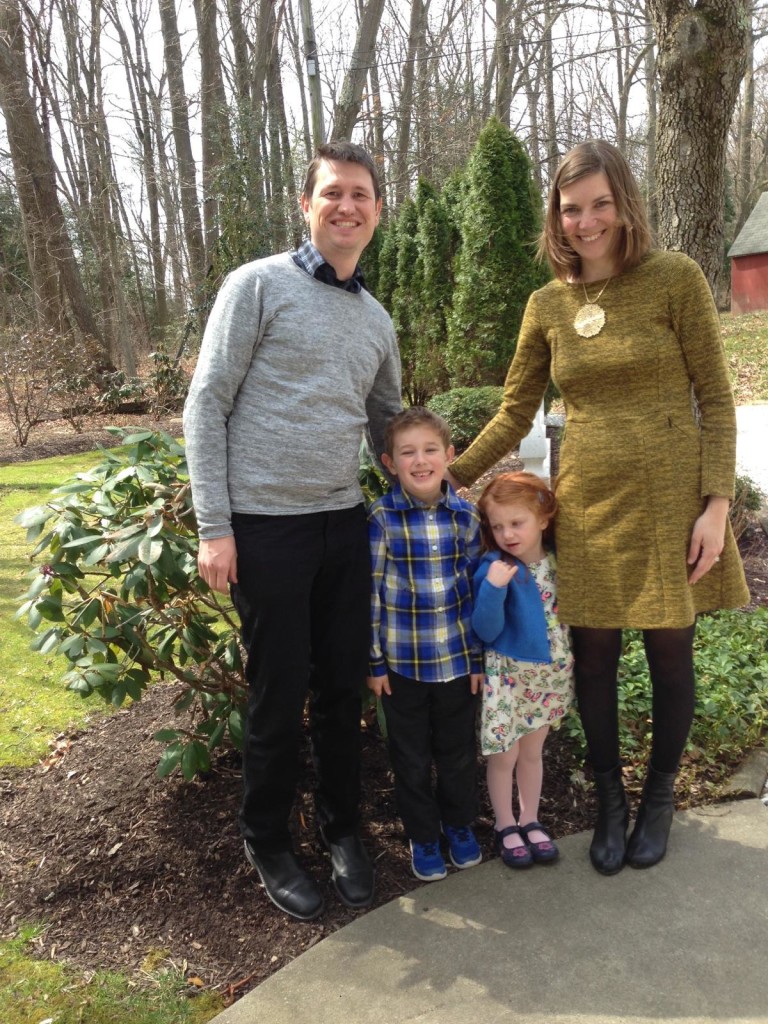 Music is important in the Nicely household.

Six-year-old Wilder is a budding impresario pianist; dad Adam plays with some parishioners at his church. Four-year-old Lydia can make up a song on the spot.

There’s often competing opinions on the soundtrack for any given car ride when all four leave their Collingswood home at the same time.

So it’s odd for Adam Nicely not to recollect his song selection for the solo trip he took Sunday morning.

“I can’t remember what music I picked to put on,” he said. “I almost don’t remember getting in the car.”

After a Saturday night band practice, Adam was headed over to his Pennsauken church, Circle of Hope, to make sure the space was cleaned up before the morning service.

He was traveling to Route 130 via South Park Drive—but never made it past the intersection of East Palmer Avenue. 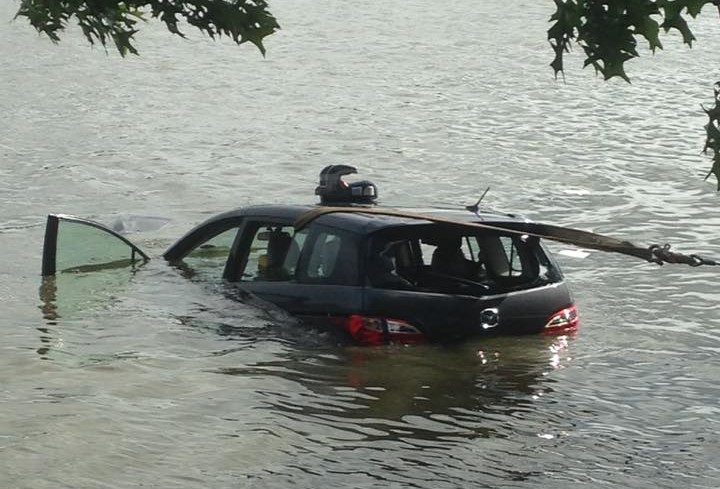 ‘You need to get to the hospital’

Angelo Lother was having coffee with his dog, watching the nearby Cooper River, when he saw Adam Nicely pull over in front of his South Park Drive home around 8 a.m. Sunday.

“I looked inside the car, and it looked like he started shaking,” Lother said. “I thought, ‘Oh my god, he’s having a seizure.’

“I thought about running out and trying to help,” he said. “As soon as I thought that, he completely sped up with the car, and into the water he went.”

Not long afterwards, Kate Nicely answered her door to see a police officer holding her husband’s driver license. She stepped onto the porch and closed the door behind her, leaving Wilder and Lydia to watch TV.

Kate started to follow his directions in steps, feeling herself grow calmer as she went: Get your cell phone. Get your charger. Call a friend to watch the kids. In the interim, she continued to answer questions. When they got to the subject of insurance, the officer handed over Adam’s wallet. It was soaking wet.

“I just lost it,” she said. “I went to the kitchen and kind of fell down, crying. He just tried to get me calm enough to function.” 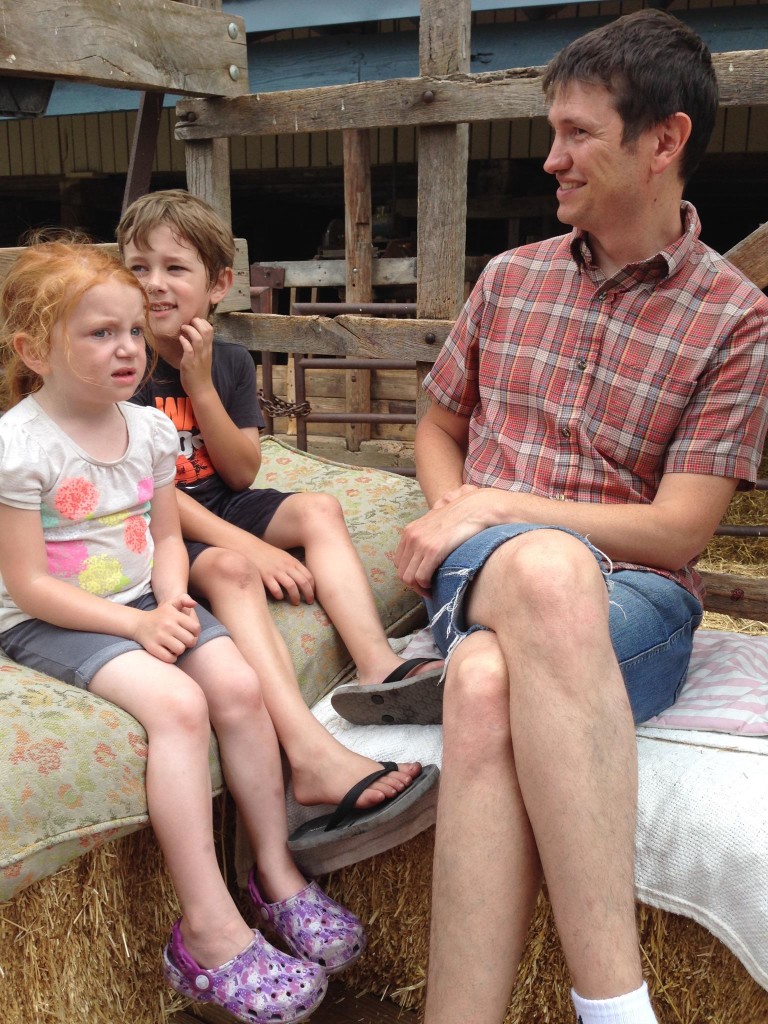 ‘I don’t know if I have a reality here yet’

Adam was on a ventilator when Kate saw him. He had water in his lungs and later found dirt in his nostril; souvenirs from an unplanned trip into the Cooper River.

He was in a neck brace and he was sedated, but he was alive; there for her to touch, solid and substantial.

The details were filled in later.

Adam understandably remembers very little. He marvels that anyone at all saw his car travel off the road and through the trees that morning, leaving only the faintest of tracks in the grass and no marks on the low curb.

When Kate and others told him how he was rescued, “it sounded stupid and crazy.

The best guesses of his doctors is that Adam had a seizure, which means his driver license will be suspended for the next six months under New Jersey law. In bike-friendly Collingswood—and mere hours removed from the accident—he is “totally fine” with those terms.

“I don’t know if I have a reality here yet, but my reality here right now is I don’t care too much,” he said. “I think when I found out that I launched 40 feet into the water that it ruled out a lot of other stupid stuff.” 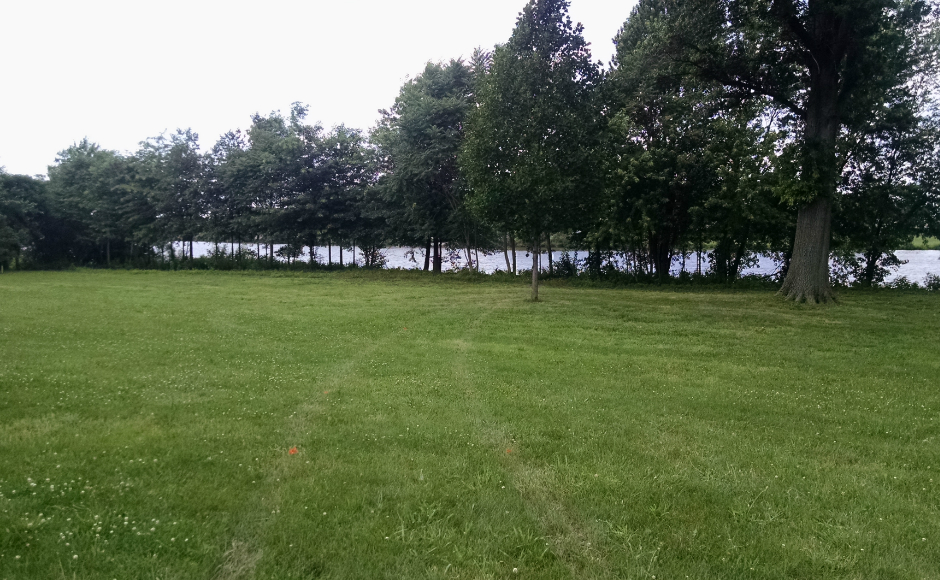 Adam is likewise incredulous about the civilian rescuers who came to his aid, including passersby Monica Wolfram of Cherry Hill and Mari Kehoe of Voorhees, who dove into the river after his sinking car and fought to open it until police arrived.

“It was dangerous what they were doing,” he said. “It feels like they all could have waited for somebody else to do it…like raw power getting me out as opposed to a plan.”

“On the car ride over [to the hospital]I was screaming, ‘Thank you, God, for those people!’” Kate Nicely said.

At Cooper Hospital, where Adam is recovering, the family had a brief reunion with Collingswood Patrolman James Cavanaugh, who came to return the keys to the family car. Cavanaugh and Patrolman Kristina Bowen dove in after Wolfram and Kehoe, and were ultimately able to disentangle Adam Nicely from his seatbelt and get him to shore, where he was revived.