Trending
You are at:Home»People»The Champions of Champion School

The one-room schoolhouse is a focal point of history for several area towns, yet a lack of use has left it in disrepair. A new initiative seeks to rally support for its preservation and integration into the community. 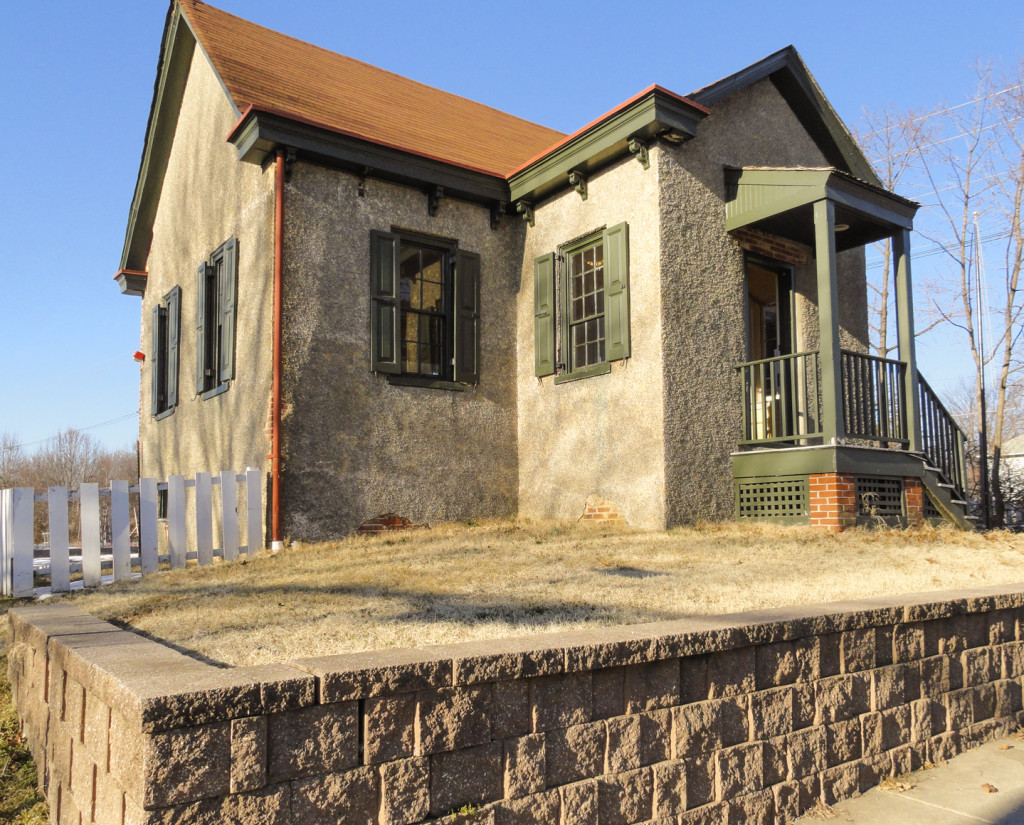 It was built with cheap, blackened bricks that had crossed the Atlantic Ocean primarily as ballast.

Its operations were funded by the first public school tax ever levied in America.

In its heyday, the children on its rolls hailed from six modern-day Camden County communities.

And without the intercession of a group of civic-minded neighbors, it would have been consumed by neglect.

The Champion Avenue School, also called the Champion School, or the Newton Union School, is a remarkable piece of local heritage.

Situated on the border of Collingswood and Haddon Township in the West Collingswood Extension, it overlooks a colonial-era gravesite in which stand tombstones bearing names like Collings and Knight and Zane and Sharp; historical fragments of some of the earliest settled territory in the United States.

Yet the only outward indication that the simple brick building at the intersection of Collings and Lynne Avenues is of any significance is a tiny sign, hastily tacked to the larger crosswalk indicator. The one-room schoolhouse is essentially closed to the public, and for many years, it has seemed removed from their thoughts as well.

As Haddon Township contemplates its sesquicentennial, the township is seeking to rebrand itself as a community with a legacy as vibrant as those of any of its neighbors, who have long traded on their historic pasts. Rehabilitation of the Champion School is a key connection to those days.

‘I committed myself to taking care of it’ 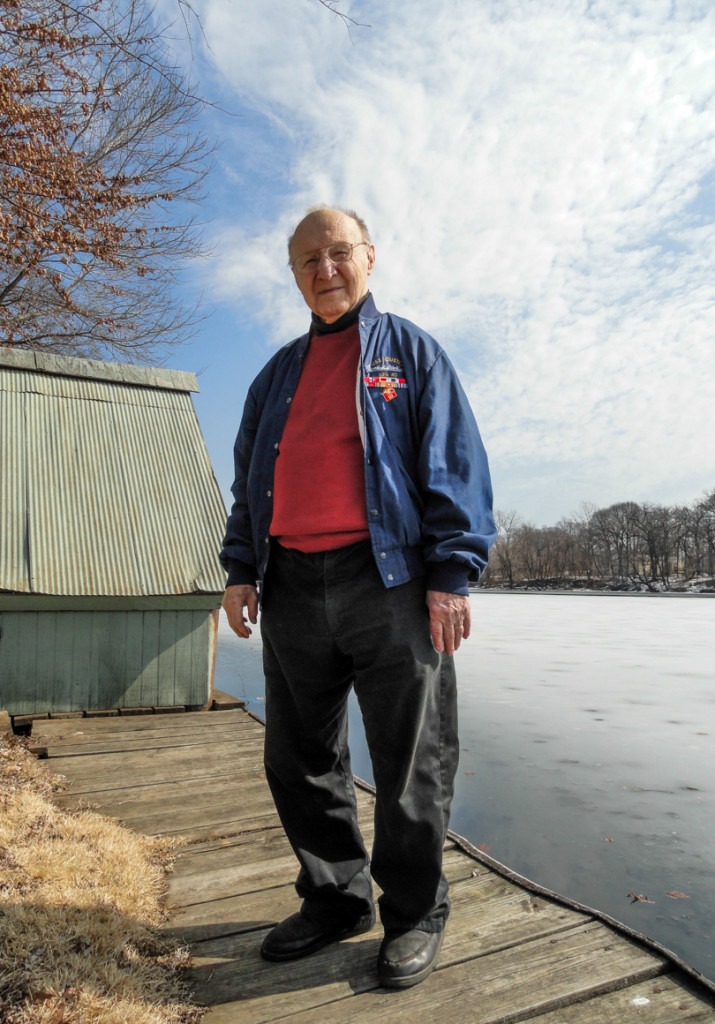 The man most responsible for battling back the ravages of time at the property is 91-year-old Alfred “Fred” Litwak, a navy radarman who moved to the West Collingswood Extension in 1947.

His neighbors were former servicemen, too, all invested in creating a community at the edge of the Cooper River, where they managed their own household repairs with tools from their basement workbenches.

“We were very close because we were all veterans,” Litwak recalls. “We had parties; we bought the cheapest beer you could find. That’s how we grew up. We helped each other; we built everything ourselves.”

That spirit of autonomy and preservation stirred up the neighborhood in spring of 1986, when, having been neglected for at least 20 years, the back room of the Champion School came crashing down.

“The boy scouts used to store newspapers in there to sell, and kids tried to break in the doorway,” Litwak recalled.

“When they broke in, the frame came in and the wall came down.”

The school was deemed unsafe by Haddon Township leadership, who were prepared to demolish it and clear the property for redevelopment.

Litwak asked the government to reconsider, and for his efforts, was burdened with the task of saving it. Haddon Township Mayor William Rohrer told him, “If you take the responsibility to restore it, I’ll let it stand,” Litwak recalls.

“I was the one who committed myself to take care of it,” he said. “I was an engineer.” 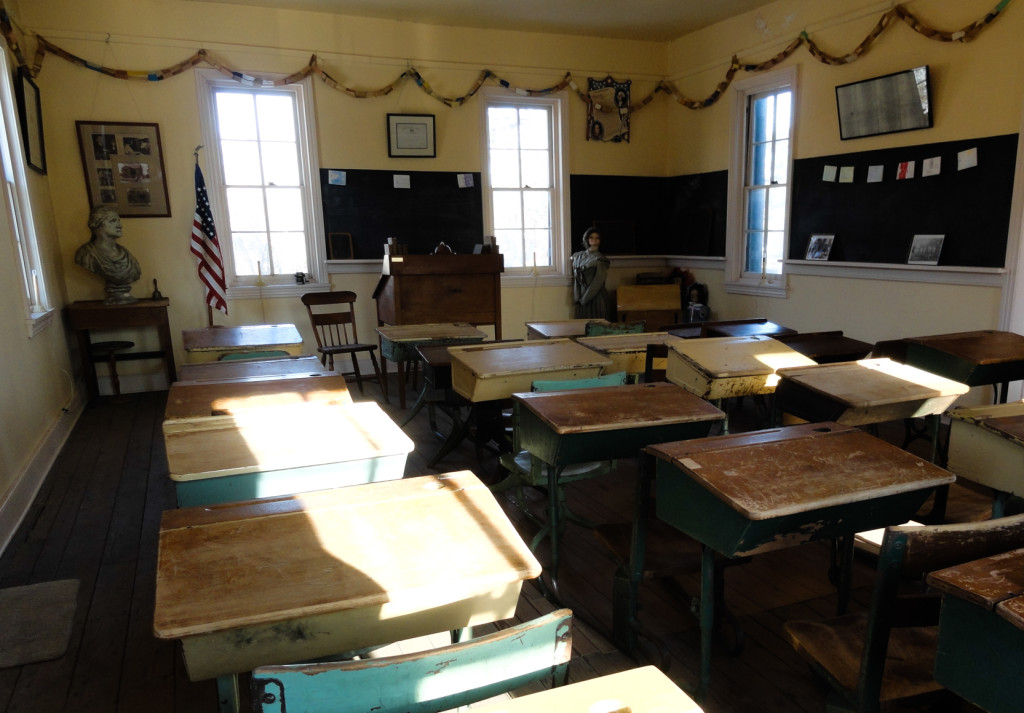 From meeting house to schoolhouse

Litwak filled the one-room schoolhouse with anachronistic desks that he salvaged from a Camden City school, but the interior of the property is original, down to its carbon-plaster chalkboards.

In the process of restoring the Champion School, Litwak also acquainted himself with the history of the building and its context within the surrounding communities.

Of the families who first settled the region, only one man was formally educated, Litwak said: Thomas Sharp, namesake of the Collingswood elementary school.

(William Tatem, after whom another of the Collingswood elementary schools is named, was one of the first teachers at Champion School.)

“[The Quakers] were interested in their children being educated, so they set up a meeting house, and Thomas Sharp was the first teacher,” he said. “He was the one who did the surveying in Newton Township and divided up the properties.” 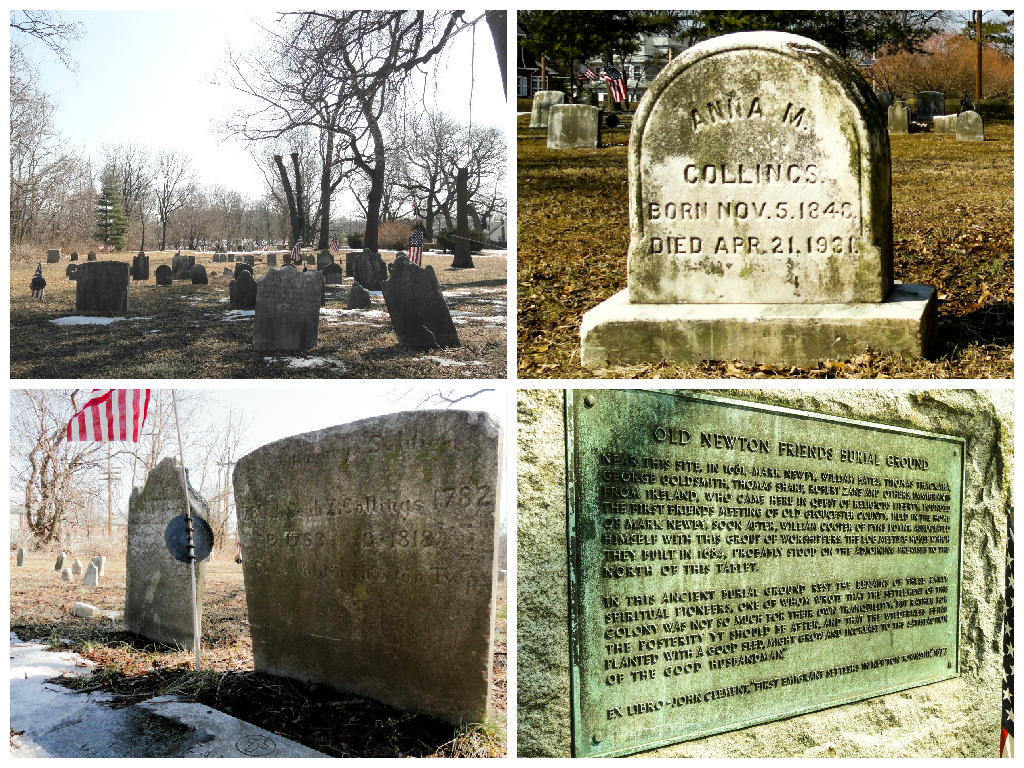 Gravestones in the nearby Newton Colony cemetery. Credit: Matt Skoufalos.

When the original Quaker meeting hall that had served as the school burned down, the education of the children continued in individual family homes, Litwak said, until 1821, when the community erected the Champion School, which “got to be the educational system for the whole area.

“It was at that time considered a free [public]school,” he said, subsidized by a modest tax from landowners that covered the teacher’s salary.

“That was the first school that charged a property tax,” Litwak said.

To manage a classroom of some 12 to 20 children of varying ages, he said, teachers there would educate the oldest children, whom they then deputized to assist in the instruction of their younger peers.

Since most of the children attending the school arrived on horseback or by carriage, cleaning up after the beasts was an early form of detention for those who misbehaved. The manure would be taken home for fertilizer, so the parents never complained about the arrangement.

“They had a good system going and the teacher knew it all,” Litwak said. 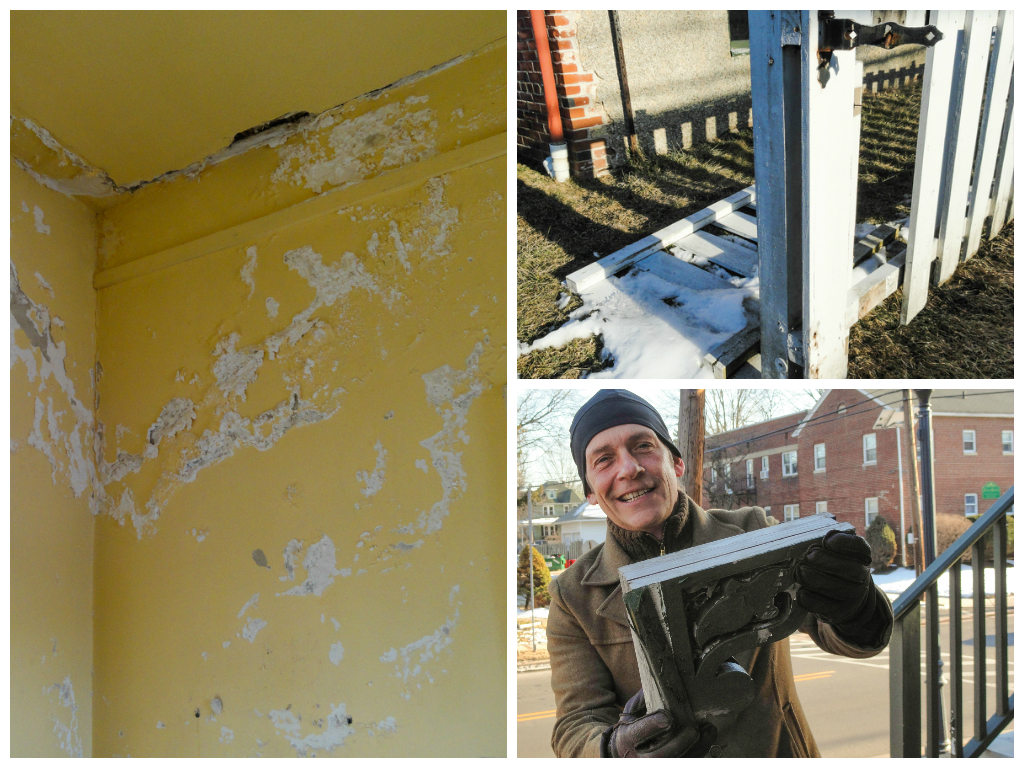 By 1988, a coalition of neighbors calling itself the Newton School Society had banded together to get the schoolhouse added to the National Register of Historic Places.

In July 2013, the yard on the property was dedicated as the Haddon Township community garden.

Yet despite the remarkable history of the Champion School, it remains in need of further rehabilitation. The 19th-century structure will have its 200th birthday in just six years, and it is showing its age in places.

The ceiling in the front entryway has suffered visible water damage. The soffits have seen intrusion from wildlife. The fence that frames the front of the property is dilapidated, and at its mention, Litwak shakes his head.

With an eye toward restoring the property, Blue salon owner and Haddon Township native Douglas Kelly is spearheading plans to revive the nonprofit Friends of the Champion School. Kelly said he hopes that, at a minimum, the group can fundraise for repairs, re-landscape the grounds, and try to open the property to the public at least once a month.

“I see kind of a blitz to get people in to see it as a museum,” Kelly said. 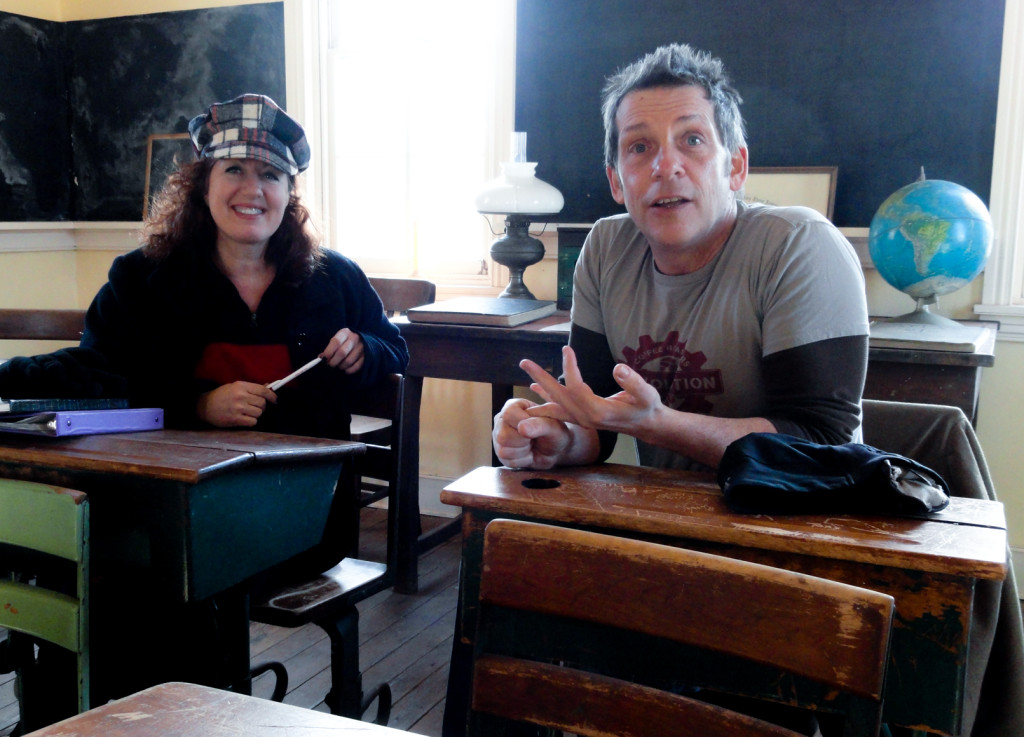 “This has to be education that is different than just representing it as a one-room school house,” he said. “You could have art in here; a community garden function.”

To help jumpstart the process, Kelly has enlisted the help of Francine Tryka, President of the West Collingswood Extension Civic Association.

Tryka, who described her neighborhood as a unique, tight-knight community, said that it’s time for the next generation of residents to carry on Litwak’s legacy.

“[The Extension is] such a small part of Haddon Township, but there’s so much going on,” she said.

“Generations moved back because it’s so community-oriented. Now it’s our turn to be involved.”

Trkya said the school is an important piece of local history, and that its preservation and beautification represents a commitment to keeping up the neighborhood as well.

“When there’s a pile of trash, sometimes people pile trash on top,” she said. “When something’s beautiful and embraced, I believe that spreads as well.”